Water in cities, a full circle

'Paris casts twenty-five million yearly into the water. And this without metaphor. How, and in what manner? Day and night. With what object? With no object. With what intention? With no intention. Why? For no reason. By means of what organ? By means of its intestine. What is its intestine? The sewer' (Les Misérables, Victor Hugo).

In the 19th century, Victor Hugo outlined an example of the (lack of) circular economy in his best known work. Underneath the streets of Jean Valjean's Paris was a maze of sewers where a valuable resource was hidden, at the time purposely ignored.

Currently, the idea of wasting the resources that waste water offers is partially outdated. In fact, many large cities in the planet started to think years ago about water reuse as another alternative to meet urban water demands, starting with those uses that are less restrictive in terms of quality: irrigation of parks, street flushing, etc. And not only that: many of them, unsurprisingly, have used water as an example of sustainable development, applying measures adapted to the local context, which include processes such as rainwater harvesting, production of renewable energy, or flood and drought management.

Given the wide range of successful cases, an official recognition was in order. This is how the International Water Association (IWA) conceived the ‘Water-Wise Cities’, a designation that defines those cities which, under increasing pressure on the availability of water resources, have been able to implement strategies and new water management models based on resilience. To be a member of this club, cities have to follow 17 principles, grouped into 4 categories: Regenerative Water Services, Water Sensitive Urban Design, Basin Connected Cities and Water-Wise Communities.

Currently, the idea of wasting the resources that waste water offers is partially outdated

In this article we have selected five successful examples, one per continent, which have granted these cities the right of being part of this exclusive list, without forgetting other models that, although not part of the select group of Water-Wise Cities, deserve special mention because of their efforts towards closing the circle of the water cycle.

Europe: Amsterdam, bicycles in the rain

If we talk about cities and water we must talk about the Dutch capital. Amsterdam and water have been inextricably linked since the city was founded over 700 years ago, and addressing water challenges is part of the city's DNA.

Waste water management in the Netherlands has an important component of recovery of resources (not so much reuse, since water resources are very abundant). However, in the past four years, the most remarkable initiative focuses on flood management. Particularly after a big storm was a warning sign for the city of the canals, already well prepared for this type of events.

This is how Amsterdam Rainproof was created, a platform started by the water services company Waternet. This network brings together public entities, business companies and citizen initiatives with the purpose of increasing resilience to deal with heavier rainfall at small and big scales, in buildings, gardens and public areas. Using different tools, Amsterdam Rainproof has implemented more than 50 projects with the involvement of more than 60 organisations and stakeholders. Worth noting is the brewery Hemelswater: they collect rainwater and make beer with it.

As well, the Polderdak contributes to addressing the challenges of the circular economy, since it has multiple functions, including energy savings that range from 10% to 30%, the opportunity of growing an urban garden, and increasing biodiversity in the city. 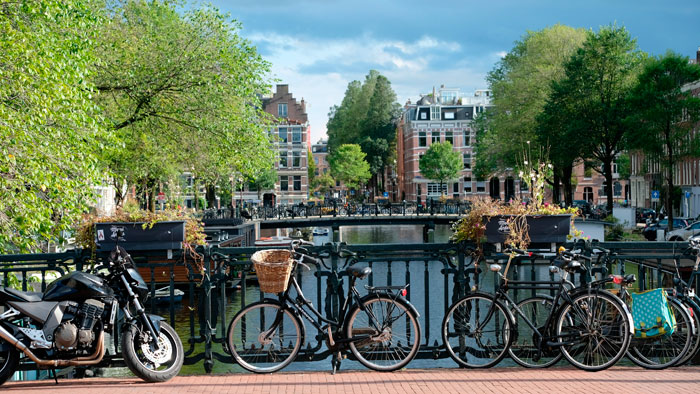 We travel to the other side of the world to look at the flip side of the coin in terms of water: the drought of the millennium (from 1997 to 2005) was a turning point in the sunny Australian city. Melbourne, the 'most liveable city in the world' for seven years in a row up to 2017, had to find a way of addressing climate challenges given its growth trajectory: in 2051 its population will reach more than 10 million people.

The three pillars used to face the challenges were knowledge, resources, and community participation.

In addition, citizens engaged in water conservation, proactively and collaboratively, and infrastructure was upgraded. The result achieved the intended goal: a daily consumption of 155 litres per person per day. 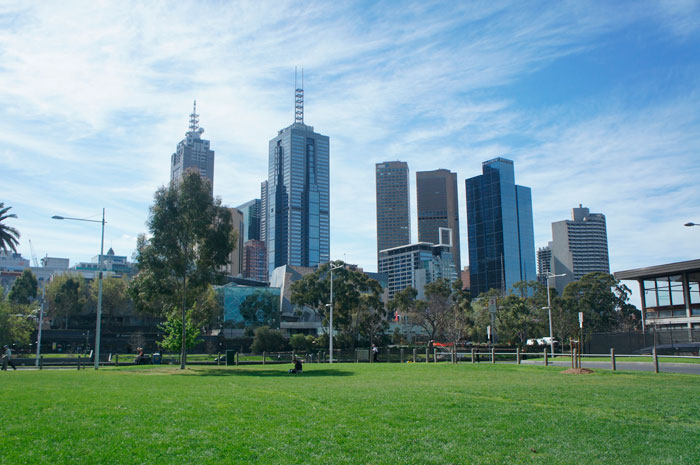 Africa: Dakar, sanitation for all

Recurrent drought in the countryside has driven migration from rural areas to Dakar, where people hope for a better quality of life. The capital city of Senegal is growing very quickly, and infrastructure cannot keep up with the pace of urban expansion. In fact, due to numerous settlements in restricted areas and in illegal marginal areas, currently 2.5 million people do not have adequate sanitation services.

To address this situation, the national sewerage company has restructured the provision of sanitation services, improving substantially the management of faecal sludge. The deployment of a call centre for tankers that collect faecal waste has been a success. The call centre encourages competition among tanker companies, resulting in reduced prices and increased efficiency of waste disposal. It has been such a well-known success that people from other cities in the continent travel to Dakar to learn how it works.

This pilot project has the support of the Gates Foundation. Bill Gates himself tried the water the system produces, in an image that was viral in 2015. 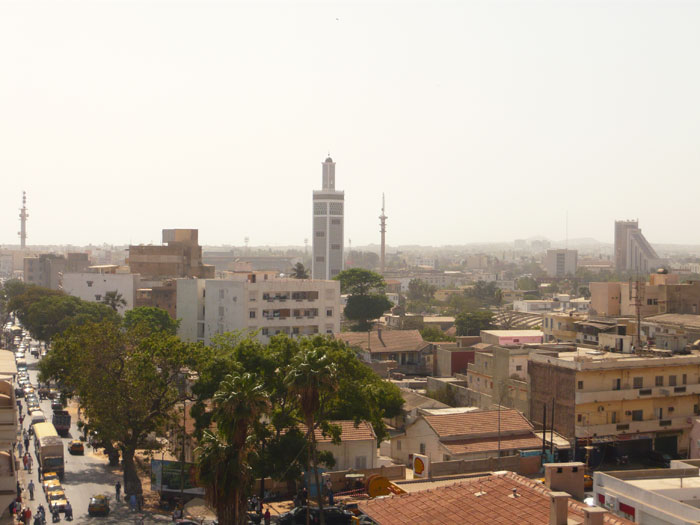 America: Orange County, under the banner of water reuse

An article about cities, water, and the circular economy could not leave out Orange County (population 3.1 million), the Californian county with a water reuse system emulated across the world.

Although not in the list of Water-Wise Cities, this area of California pioneers urban water cycle management. The reuse network, operated by the Orange County Water District (OCWD), generates 379,000 cubic metres of water daily from the region's waste water. Water is purified using a three-step process: microfiltration, reverse osmosis, and ultraviolet (UV) disinfection with hydrogen peroxide. After this process, the water is used to recharge local groundwater aquifers through infiltration and is incorporated to the drinking water supply, instead of being discharged into the Pacific Ocean. It is estimated that five years from now, this system, undergoing expansion, will meet the water needs of one million people. 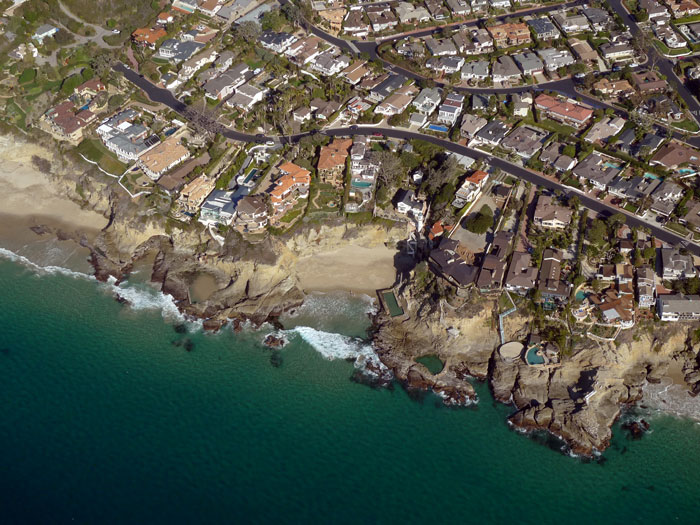 The Yellow River basin is one of the largest in the world. The Chinese city of Xi'an, known for its Terracotta Army, is found in this region. However, the city suffers from severe water scarcity due to the absence of precipitation, overuse of surface waters and restrictive legislation regulating groundwater use. All of this is exacerbated by population growth.

In the past, water used to run down the Qinling Mountains feeding into the 'eight rivers that surround the capital'. The Wei River, the largest tributary of the Yellow River, flows to the north of Xi'an; currently, it hardly contributes any surface water, due to overexploitation in the upstream region. The water supply in the central area now depends on a water transfer from a set of dams located 140 km away, built on rivers that have their source in the Qinling Mountains, but it does not provide enough water.

To solve this situation, the Government of Xi'an has prioritised integrated urban water management, together with plans to control water pollution. The measures in place include diversifying the sources of water, encouraging water saving, maximising water uses, rainwater collection, and water recovery. Furthermore, the construction of a new interbasin transfer is under way, which will transport water across the Qinling Mountains. 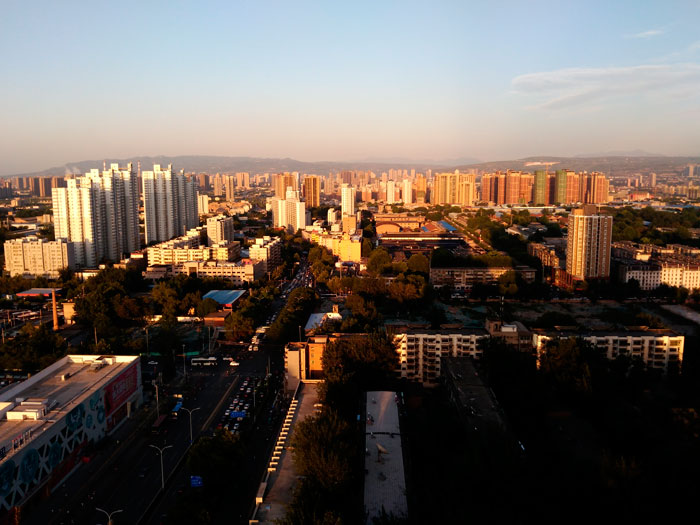