From densely developed cities and geometric agricultural plots to the ubiquitous roadways, pipelines and power grids, an aerial view of the earth reveals our impact on our landscapes. In less populated areas, unprecedented glacial melt and deep craters caused by the thawing of frozen soil and rock called permafrost megaslumps give stark reminders of the ongoing climate crisis.

Our entire global biodiversity, from these deforested lands and glaciers to coral reefs and tiny freshwater mussels, is now in jeopardy. The collapsing freshwater systems are already affecting our health and well-being by weakening our resilience to extreme climatic events and our local economies, while also disrupting water and food security.

These vital freshwater ecosystems are increasingly affected by various co-occurring threats or “cumulative effects” of human actions including urbanization, agriculture, resource development and climate change. However, managing these cumulative effects remains a challenge as their impacts on biodiversity highly vary depending on the specific mixture of threats and other ecological factors.

To address this growing need for strategic solutions for the biodiversity crisis, our team of scientists from Carleton University and Wildlife Conservation Society Canada conducted a global review of over 150 studies to understand the impacts of climate and landscape stressors on freshwater biodiversity in the messy, yet realistic, outdoor environments.

Studying how cumulative effects like urbanization, agriculture and climate change, or a combination of such man-made threats, influence freshwater biodiversity outside of a controlled laboratory setting can be complicated and difficult.

Climate change and land-use stressors may affect species differently depending on their surrounding environment.

For example, some species may benefit from warming air and waters, while others may have wildly different responses to warming depending on additional factors such as the level of human disturbance or the presence of an invasive species.

To further complicate things, other seemingly straightforward stressors, such as industrial or road development, can also be challenging to predict.

In fact, less human disturbance may benefit certain species due to increased food availability or the exclusion of predators from the impacted area, but may eventually lead to declines with continuous additional stress.

To create effective on-the-ground conservation and management solutions, it is crucial to understand how these stressors influence biodiversity across varying ecosystems.

Taking the lab outside

Through our study, we found some examples of scientific discovery that came from outdoor laboratories — places where scientists could manipulate entire lakes or create artificial streams to mimic the real thing.

The whole-lake experiments conducted in the Experimental Lakes Area in Ontario, for instance, uncovered well-known environmental issues ranging from acid rain to the impacts of pervasive nutrient runoff into freshwater bodies.

In New Zealand, researchers have developed an ExStream system containing 128 miniature artificial stream systems that can be manipulated to have different conditions like warmer or cooler temperatures.

This world-class facility has produced ground-breaking work demonstrating how individual environmental stressors may combine or even interact to produce unexpected impacts on freshwater biodiversity.

Out of the lab and into the field

The results of studies conducted in outdoor environments can be influenced by numerous factors like habitat type, the regional climate or by the presence of other species. Very little of this can be realistically controlled.

Different geographical areas such as remote, high-latitude regions versus more developed low-latitude areas, may have an entirely different suite of major threats to biodiversity and ecological factors to consider.

In our review, we found that identifying and categorizing potential study sites ranging from pseudo “control” sites, which face little to no climate and land-use stress, to more moderate and high stress areas can help develop a more strategic outdoor study.

This approach is similar to manipulated experimental set-ups in nature. In one such set-up, a team of scientists conducted an extensive nationwide survey of cumulative effects on stream fish in the U.S. by first identifying reference sites with relatively low human disturbance levels. This was done to support the U.S. National Fish Habitat Action Plan.

Another key step for scientists to strengthen their strategic outdoor study is to figure out what other environmental factors they want to measure (and possibly control for). This approach can help them understand biodiversity’s response to cumulative climate and land-use stressors in different habitats.

Today, more and more environmental managers and scientists working in academia or with governments or conservation groups are shifting their focus from single threats on individual species towards broader ecosystem-level approaches that incorporate cumulative effects, including various human development activities.

While developing environmental policies often includes new language around the need to consider cumulative effects during decision-making, putting these initiatives to practice remains challenging in many information-poor regions of the world.

However, there are many monitoring programs that could help fill in our cumulative effects knowledge gaps.

When we recognize the value of data from “outdoor laboratories,” we can see that it is also important to tap into all possible sources of such information, including information gathered through Impact Assessments or land-use planning.

Making sure this information is widely accessible can help everyone — from governments and scientists to citizens — understand potential solutions that can address the biodiversity crisis. We all need to grab an oar and pull in the same direction to address the freshwater biodiversity crisis we are in today. 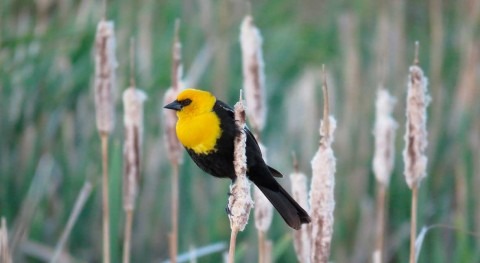