The increasing rate at which glaciers in China are now melting, as a result of climate change and rising global temperatures, could lead to critical water shortages, with the largest glacier in the Qilian Mountain range having retreated around 450m since the 1950s.

Data from the China Academy of Science shows that glacier retreat was 50 per cent faster between 1990 and 2010 than it was between 1956 and 1990, the Independent reports.

The mountain range creates a 500-mile border between Qinghai and the Gansu provinces of northern China, with Laohugou No 12 – the largest glacier at 20 square kilometres – having shrunk around seven per cent since measurements started being taken, with the rate of melting accelerating in recent years.

The plateau is known as the Third Pole because of the amount of ice to be found, containing the largest reserve of freshwater outside the polar regions.

Speaking to Reuters, director of the monitoring station Qin Xiang explained that the glacier has also lost a lot of its thickness, with around 13m of ice melting in line with rising temperatures, describing the speed at which it is shrinking as “really shocking”.

Dr Qin went on to say that since the 1950s, when monitoring began, the region’s average temperatures have climbed around 1.5 degrees C and this is showing no signs of abatement, which could spell disaster for the 2,684 glaciers to be found in this part of the world.

Liu Junya, Greenpeace East Asia climate and emergency campaigner, said: “Across the region, glacial melt water is pooling into lakes and causing devastating floods. In spring, we’re seeing increased flooding and then when water is needed most for irrigation later in the summer, we’re seeing shortages.”

It may not feel like it in the rainy UK, but water stress and scarcity are global issues, and the effects are already being felt even here, with some parts of the country predicted to face water shortages in as little as ten years’ time.

Businesses can start doing their bit now by looking into the various commercial water solutions available to them and finding the most effective ways of saving water across their sites.

A water audit can reveal areas ripe for improvement in this regard and ongoing water monitoring will ensure that any spikes in usage are identified immediately, so that issues can be resolved as and when they happen, helping to reduce the amount of water wasted.

It would also be advisable to have a full site survey carried out so that leaks can be found and repaired quickly. Even the tiniest of leaks can become a big problem if left undetected, which often happens because they take place underground and can be difficult to find. 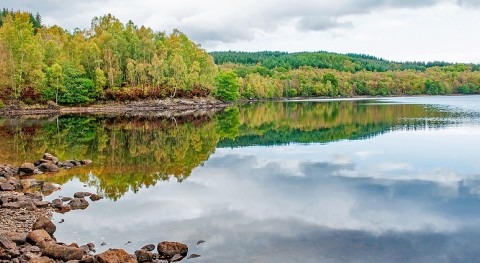