Is thirst the fate of women?

The importance of water in civilizations shows that water is the biggest natural resource by countries. Although the water was seen as a cult (god's spirit, gift, punishment) in ancient times, it was under the control of women's daily life. Women were responsible for carrying water to the house just like in the current drought regions. Water was directed to fountains open to general use through channels or wells. The fountains were one of the places where women can both share their daily troubles and go outside the home. A traditional knowledge except for carrying water is rainwater stored in a cistern that been the pioneer of today's rainwater storage systems. Also, Impluvium is an architectural pool addition designed to carry rainwater from the roof in a Greek home.

Like ancient times, women have been greatly affected by gender inequality and lack of water in many countries. In fact, women in all countries of the world had gender inequality in access to water before ındustrilisation. Because the policies developed for women to be least affected by gender inequality have been accepted by the large parts of the societies after the industrial revolution. According to the water crisis, “Gender and women” is a multi-component concept that includes the roles, responsibilities, social and legal rights of women. Considering gender equality, bringing water into the home indicates that a single segment of the society is witnessing water shortages. Although the sharing of water between the society for household use is not an issue of conflicts of interest, it is possible late reach to the water or water shortage causes conflicts among women. Although women constitute more than half of agricultural workers, women in developing countries are less involved in policy-making processes in irrigation than men.

In 2010, the definition of water as a human right through the united nations and the fact that women were responsible for water transportation drew more attention to the concept of water and gender equality. International policies have acknowledged that the responsibility to find the water, move it home creates a source of stress for women. Accessing water in developing countries also creates a gap between women in terms of socioeconomic differences. Especially, women living in a good income family can use water transported to their homes via pipelines, while poor women have access to water at the fountains and wellheads.

Another problem that water transport creates for women is hygiene and health. Characteristics The fact that girls in adolescence do not live under adequate hygienic conditions brings along the water and sexual diseases. Despite the high number of children in water-poor countries, waterborne diseases are among the causes of children's death. Five-years is very important for a child in Africa. Because the risk of transmission of diseases is greatly reduced due to the lack of water, food, and hygiene for a child over the age of five. Although water is critically sufficient for household use in water-poor countries, it creates a safety restraint for women in terms of access to water. The fact that the wells are in mountainous areas in some regions causes women to carry loads of kilometers. When we look at the impact of the climate crisis on water, we see that extreme weather events and floods increased more in 2020. Social conflicts and low-income levels in countries with limited access to water caused climate-induced floods. Rapidly rising migration to the cause of environmental disasters indicates that 25 million refugees in the world come from countries with water scarcity. Especially more than half of the refugees are women. Therefore, class positions are important in terms of gender relations in society and especially in terms of water transportation.

Furthermore, women pose the risk of hygiene and health when transporting water. In many countries, girls in adolescence do not live under adequate hygienic conditions that cause water and sexual diseases. Five-years is very important for a child in Africa. Because the risk of transmission of diseases is greatly reduced due to the lack of water, food, and hygiene for a child over the age of five. Although water is critically sufficient for household use in water-poor countries, it creates a safety restraint for women in terms of access to water. The fact that the wells are in mountainous areas in some regions causes women to carry loads during kilometers.

A part of these, we see that extreme weather events and floods have increased more in 2020 due to climate change. Limited access to water cause climate-induced floods and creates social conflicts in poor countries. In fact, rapidly rising migration due to environmental disasters indicates that 25 million refugees in the world migrate from water-stressed countries . Especially more than half of the refugees are women. Therefore, class positions are important in terms of gender relations in society and especially in terms of water transportation

Considering the problems regarding the access of 2.1 billion people to safe water resources in the world, although international policies regarding water suggest that water is accessible to everyone, less chemical purified and the pollutant risks in natural water resources are reduced, this scenario shows that water crisis will continue for a while. When the quality and quantity of water for women increases, their role in society can be improved. Because men are mostly involved in animal and agricultural irrigation activities in rural areas. However, the fact that women do not take an active role in income-generating irrigation works is the main reason behind gender inequality. Although the inclusion of women in water management is supported by international projects in many rural areas, agricultural irrigation and water prices are largely on the agenda of men.

Studies have shown that women walk an average of three and a half miles every day to collect water only. This reduces the production efficiency of the women. Girls are on the waterway when they need to deal with school and other educational activities. This reduces the time that they spend on their education. The water directly affects girls in schools. Girls who cannot be cleaned with a sufficient amount of water in public toilets do not prefer to go to school in their menstrual periods. Especially in India, defecation in open areas increases the risks of sexual abuse in the community, women, and girls being deciphered or even harassed.

In many parts of families living in rural lands, the management of common assets is in the hands of men. The fact that only women take responsibility for housework prevents the awareness of clean water among men. The lack of women's access to estate and water reinforces inequalities disproportionately. Also, access to irrigation water pushes these women out of society. When we evaluate gender equality on the basis of water professionals and labor force, it is seen that female employees who are involved in water policies and management in developed countries are higher than in developing countries. In order to cope with all these problems, the number of women involved in water management should increase and this should spread to rural areas.

What can we do? 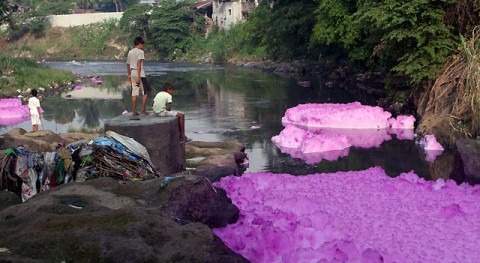