February 2020 has brought more than its fair share of bad weather to the north of England, the Midlands and Wales. Shrewsbury, Bewdley and Telford swam in the Severn, while the Ouse invaded York. For some, the adage that it’s grim up north rang true.

The recent flooding is a reminder that all parts of the UK are vulnerable to natural hazards, and the costs aren’t just economic. Flood water can enter a building in minutes, but the impact on communities can last years. Flooded homes and businesses take months to clean up and dry out, and the long-term impact on the health and relationships of those affected is often overlooked.

Climate change has made some types of floods more likely, but past government policy has ensured that the ensuing crises are worse than they might otherwise have been. While there’s an urgent need for new homes, 1.8 million people currently live in areas at significant risk of flooding, and homes are still being built on floodplains.

The chief executive of the Environment Agency, Sir James Bevan, argued that if we must build in the floodplain, homes should be built with garages on the ground floor and living space upstairs, to ensure floods cause minimal damage. This might sound radical, but some of the oldest buildings along Britain’s rivers and coastline, such as millhouses and warehouses, have stone floors and steps up to first floor entrances. They were designed hundreds of years ago to ensure their occupants could ride out intermittent flooding.

Climate change may force countries, such as the UK, to adopt radical practices from parts of the world that flood more frequently, such as houses that are designed to float when floods come, rising on stilts as the water rises. It’s an idea that is familiar to those living in stilt houses beside the Amazon river, and it’s also found favour in the Netherlands.

For those who already live on the floodplain, there are less dramatic but important adaptations that can be made. Internally reinforced, mechanically sealable flood doors can be installed to keep water out. Carpets and wooden floorboards that soak up dirty flood waters can be swapped for waterproof concrete and stone-slab floors. Electrical sockets can be raised and non-return valves can be fitted to toilets to stop sewage filling homes when it floods.

Communities that can weather floods

Making Britain more resilient to floods is not just a task for individuals. The government now has an opportunity to prove its long-term commitment to the north of England in particular, by creating detailed plans to increase resilience to floods. Backing the HS2 railway and moving the House of Lords out of London might grab headlines, but making sure the region is resilient in the face of future flooding requires less glamorous investment.

It’s equally important that money isn’t just thrown at the areas that were flooded last – or which might have voted Conservative in the last election. Every flooded community, no matter where they are in the country, deserves support, and managing flood risk is about more than just installing large flood defences or water-proofing homes. A long-term approach requires policies that link the necessary changes in land use, agriculture, housing and development.

Part of this could give communities the power to take control of their own destiny by creating regional flood forums, giving residents’ groups a say in how communities prepare for and respond to floods. Too many people are left with the impression that the government, or other distant authorities, can be trusted with sole responsibility for preventing flooding, and are then left feeling powerless and abandoned when floods happen.

It’s essential that everyone who lives in or moves to an area at risk of flooding knows that the risk of flooding is real. It’s difficult to imagine that your home could be flooded if you have never seen water lapping at your front door or rising up your kitchen cabinets. This is especially true for those living in properties that don’t immediately border running water.

But the historical record tells us that even before modern climate change, big floods have always happened. And floods are like buses, sometimes nothing happens for ages and then several come, one after the other. Flood risk maps exist, but the message is not getting through to those who need them.

Perhaps flood risk should come to be seen like earthquake risk zones in other countries. It would mean public signs clearly positioned to show that you are in a flood zone and that there is danger to life, health and property. It would ensure that strong building regulations are adhered to and school lessons are specifically devoted to knowing how to keep people safe.

We certainly need new ideas for connecting people with the realities of living with climate change. Ensuring that everyone can find out about their flood risk, shape decision-making on land management, and adapt their homes accordingly could empower people to prepare for the floods that will inevitably come. 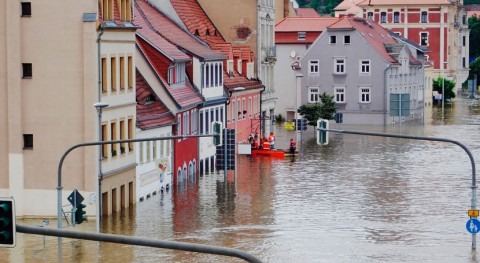 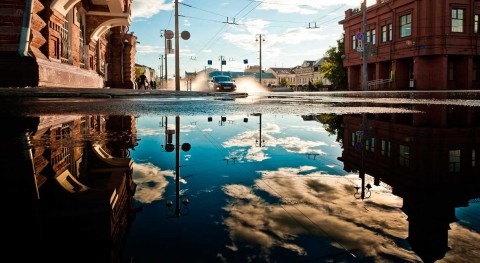 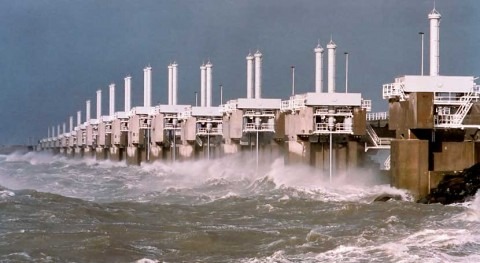 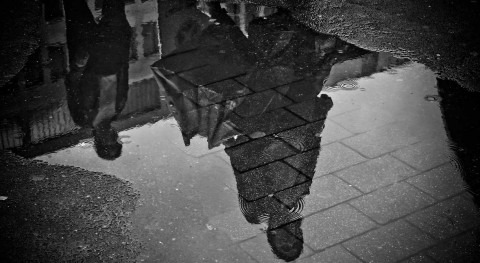