It is now evident that water shortage is a global problem. The uneven distribution of this invaluable resource makes it difficult for decision-makers to create concrete environmental management strategies to sustain it both physically and economically. This scarcity challenge is only the tip of the iceberg, as human inflicted problems such as contamination, the projected rise in population, climate change, and world economic recession are adding more fuel on the already lit fire. This fire will soon reach water scarcity, exacerbating all the issues at levels unseen before.

It is very difficult for the industrial and agriculture sectors to adopt new technologies and management practices to reduce water contamination. Such an approach means changing their practices and processes, and they assume it would result in higher costs for products, thus affecting the overall profits. Furthermore, it is more difficult for developing countries to finance non-profit water management projects to help communities in need, in comparison with financing other environmental projects such as energy ventures, as the latter have higher return on investment. Therefore, the pressing question in the water economy sphere is: What are the business strategies decision-makers can adopt to incentivize better water management practices?

Like it or not, all our necessary and luxury products and services obey a capital system, and it follows that our most precious natural resources follow such a system, in the hopes of providing more efficiency for these resources. A new idea circulating in the water economics sphere that ought to help both the global water management system and economy alike is the concept of water credits, adopted from the well-known carbon credit system, that was formalized in the Kyoto Protocol agreement in 1997.

In a water credit system, water quality becomes a tradable commodity that allows the credit holder to discharge pollutants up to a certain limit. Meanwhile, the user may sell any unwanted or unused credits to another user that needs them. On the surface, this looks like a good solution to incentivize reducing water contaminants from the environment, while also maximizing the utilization of water used in each process. It is argued that such system would not just benefit our environment, but also expand our existing economic system of recycling and utilizing heavy metals and trace organics present in water. Think about how many markets we could create for recycled metals, plastics and phosphate treated from the industrial and agricultural sector. However, quantifying all externalities present in the industrial, agricultural and community use in one comprehensive index, in terms of both quality and quantity, is an extremely hard mission.

A good example can be found in the U.S. Environmental Protection Agency (EPA) Water Quality Trading Policy, where trading of externalities such as phosphorus and nitrogen is done via permits. The National Pollutant Discharge Elimination (NPDE), a programme that regulates the discharge sources of pollutants in the United States, is used as a baseline for the permit credit calculations. In addition to limiting pollutant discharge, the programme also enforces water quality standards to maintain the overall water quality discharged. Such a trading policy ought to substantially reduce cost while meeting the same water quality goal. For example, this policy played a strategic role in controlling the level and timing of installing a certain technology inside a facility, thus controlling the overall cost of acquiring and running new technologies, along the production chain. It can be argued that such an approach can be used as a model to define the effluent discharge merits and the economic relations needed to create a water credit system at a global level, or at least at a regional level.

The United Nations GEMS/ Water Programme adopted a similar concept known as the Green Water Credits (GWC) and implemented it in other parts of the world, such as Kenya, China and Morocco. This credit concept incentivises upstream farmers to invest in green water management practices, prospected to reduce runoff, increase groundwater recharge, and reduce harmful sedimentation of reservoirs. However, when dealing with water problems in poor communities, initial capital investment is always a problem, therefore an investment fund was created by the downstream public and private water-use beneficiaries to bridge the gap between the initial investment of upstream farmers and the realization of benefit in the downstream end-users. The UN is looking to expand this model to more countries, with the help of the International Fund for Agricultural Development (IFAD), and various national and international institutions.

One major disadvantage in any credit systems is “oligopoly”, which is a state of limited competition in which a market is controlled by a small number of institutions. In such a scenario, rich institutions will buy credits from the poor ones and control the market, while continue to pollute the environment. This happens because it is better for rich organizations to keep the status quo in terms of production, rather shift towards sustainability. Such phenomenon is also present in the carbon credit system. The gap between the rich and the poor in this game is already determined prior to creating the system, whether it is based on the profitable intuitions or countries level. Therefore, solid regulations to facilitate and maintain free market conditions is a must.

If water becomes a tradable commodity by employing a water credit system, it will suffer what other tradable commodities suffer from in the 21st century capital system, which is the dilemma between product price and value, especially in terms of quality. Also, the threat of oligopoly that has been occurring in key industries around the world is bound to challenge this credit system model. A good start is to assess the EPA model in depth to determine whether such a water quality index is possible at a global level, and whether regulators can really facilitate free-market conditions for literally our most existential resource.

This article was originally published in Medium

Eng. Laith Al-Yacoub (M.Sc.) is a Water and Environment Consultant at IWMI-CGIAR, Amman, Jordan. a research-for-development (R4D) organization, that has a global network of scientists operating in more than 30 countries. He is passionate about water management associated with social and economic development. Laith writes in his personal capacity, and may be reached at laith.alyacoub91@gmail.com 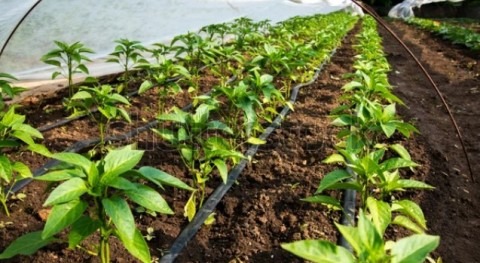