Amazon rainforest fires: Why is one of the planet’s most humid areas burning?

Raging fires are burning through the Amazon; as it has never done before. The “lungs of the Earth” are suffocating with the spread of thick smoke from the fires that are devastating the Amazon in spite of being one of the most humid areas in the world. So why is it burning?

Geographical and climatic conditions of the Amazon

The Amazon rainforest is formed around the Amazon River and its river basin. It is the largest tropical rainforest in the world with 7,000,000 km2 (2,700,000 sq mil), distributed in nine different countries. The largest portion of the forest is in Brazil and Peru, followed by Bolivia, Colombia, Venezuela, Ecuador, Guyana, French Guiana and Suriname.

The Amazon Jungle has a tropical climate, usually found within 10 to 15 degrees latitude of the equator, characterized by high temperatures and humidity throughout the year, abundant and regular rainfall of at least 60 mm (2.4 inches) every month of the year. The humidity is normally so high that in certain areas, the forest is able to create its own rainy season with water vapour transpiring from the trees’ leaves. This phenomenon not only favours the development of abundant vegetation and a rich biodiversity that is unique in the world, but also acts as a great carbon sink where CO2 and O2 inputs and outputs are balanced. No wonder it is known as the “lungs of the Earth".

The importance of water in Amazonia

The intense and constant precipitations which are characteristic of a tropical climate fill the rivers of this area, especially the Amazon River, the longest in the world, and also the one with the highest flow rate.

The tangled network of rivers that form the Amazon basin, on which the entire rainforest is sustained, marks the rhythm of life of plants, animals and of the human societies that inhabit the Amazon. The indigenous people living here have a “Culture of Water”, in which this precious resource is not only key for their diet, it is also a means of transport and underpins their leisure. 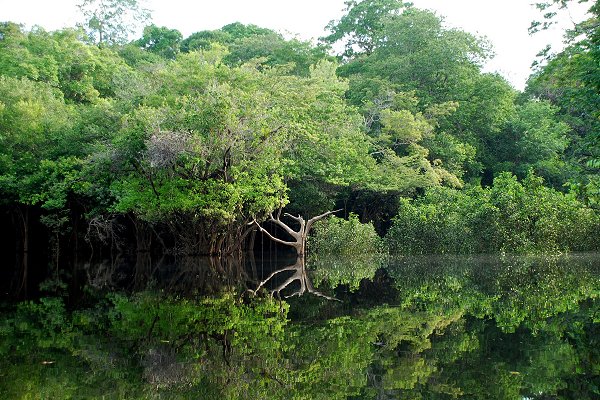 Why is the Amazon rainforest burning?

Wildfires can occur for many different reasons: some are naturally-caused, others are accidental, controlled, but one of the most threatening is the slash and burn, a method of clearing the land for cultivation, which can rage out of control. But what is the reason behind the fires in the Amazon specifically? 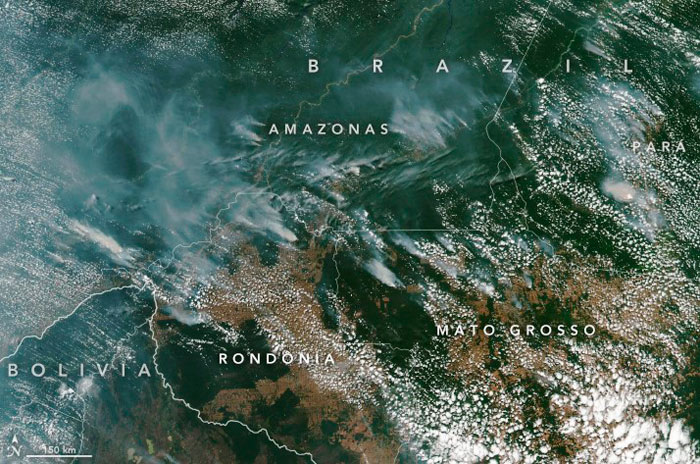 To begin with, unlike the fires we have in Europe during the summer, forest fires in the Amazon are somewhat particular. Here fires are rare during most of the year because the humidity prevents them from starting and spreading. As Jos Barlow, Professor of Conservation Sciences at Lancaster University, explained to the BBC: "There is little evidence of natural forest fires in the Amazon because that would require dry lightning, that is, without rain." This can happen in certain parts of the world, but not in the Amazon. So what is the cause? If the possibility of a natural fire in the Amazon is little or nil, it leads us to think that there must have been a degree of intentionality.

And behind this intentionality, the increasing deforestation in the Amazon plays a fundamental role. Many have also linked the devastation of the fires with climate change - and while this may be a factor during the dry season - it is not the main cause. According to a technical memorandum published by the Amazon Environmental Research Institute (IPAM), 32,728 incidents of fire outbreaks were identified between January 1 and August 14 of 2019. One factor that could explain this high number of fires would be an intense drought in 2016. However, despite being the dry season, humidity levels in the Amazon are currently above average compared to the previous three years.

So if the dry season does not explain the current fires, the only plausible explanation is that deforestation is fanning the flames. Fire is commonly used to clear the land after cutting down forests; in addition to obtaining wood, many Amazon trees are cut down to plant soybeans, open space for lucrative cattle pastures, or other purposes. "There are no natural fires in the Amazon. However, there are people who light fires, which can worsen and turn into forest fires during the dry season," IPAM scientific director Ane Alenca explained in a statement.

The risk of this practice in the Amazon lies not only in the evident loss of woodland and the consequent loss of biodiversity, but also in the fact that the rainforest could enter a cyclical system in which this loss would make the region drier and drier, and where much of the rain generated by the Amazon rainforest itself would decrease due to the decline in the forest mass itself. This would increase the dryness of the soil, the possibility of greater deforestation activity and could increase the spread of fires.

And although there is still no official report of the burned areas of the Amazon rainforest, it is estimated that the fire has already consumed thousands of hectares that housed invaluable biodiversity. #PrayforAmazon