Troubled waters and the path to success

Only a handful of challenges are large enough to unite humanity in a common cause. Climate change is one, prompting the development of new methods and technologies designed to provide long-term, sustainable environmental solutions for the generations to come. The battle for tolerance and against terrorism is another.  And now, more than ever, a new and even greater and more potent threat is demanding our world’s attention.

Water stress and water scarcity is now a challenge so great that it can no longer be ignored.  Water use has increased by approximately 1% each year for the last 30 years[1], with more than two billion people now living in countries experiencing high water stress[2].  Approximately two-thirds of the world’s population (roughly four billion people) are forced to endure water stress for at least one month each year[3].  In the Middle East alone, 6% of the world’s population are forced to survive on just 1% of the world’s freshwater.

The latest research from the United Nations suggest 30% of the world does not have access to safe drinking water[5], and in 2018, water crises were named by the World Economic Forum as the fifth greatest global risk[6].

These statistics could go on and on, highlighting the cruel irony of a world where, despite having vast water resources in our oceans and ice caps, only a tiny fraction is available to us and huge swathes of the planet’s inhabitants do not have enough water to live on. It is clear that smart and swift action is needed to tackle this issue, sooner rather than later. 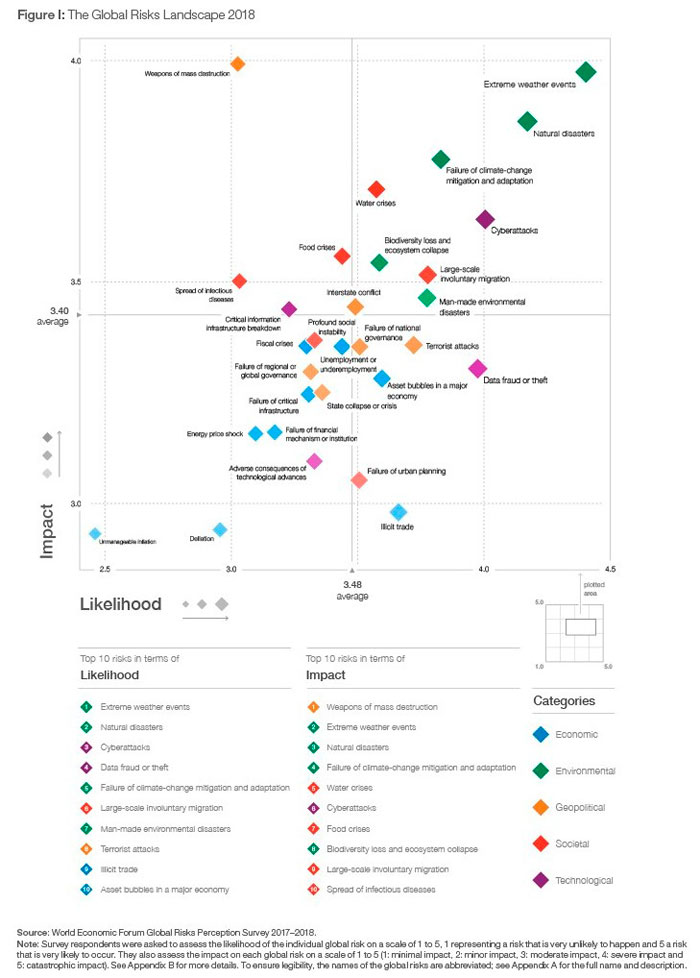 Through Almar Water Solutions, which was established in early 2017, as a key part of the expansion and diversification strategy executed by Abdul Latif Jameel Energy, we are already working hard to tackle the challenges of water scarcity and contamination.

Almar Water Solutions is a specialist provider of technical capabilities for water infrastructure development, including design, financing and operation.  It has proven to be the ideal complement to Fotowatio Renewable Ventures (FRV), the renewable energy arm of Abdul Latif Jameel Energy.

Our impact is already starting to bear fruit in three different MENAT countries: Egypt, Bahrain and Saudi Arabia, as well as in Kenya.  In time, we aim to spread our water expertise around the world, taking knowledge and best practice to new areas and providing water solutions that ensure the ongoing health of the next generation.  So, while we recognize the scale of the task ahead of us, we are determined to make an impact on this issue – and a significant one at that.

Through Almar Water Solutions, which was established in early 2017, as a key part of the expansion and diversification strategy executed by Abdul Latif Jameel Energy, we are already working hard to tackle the challenges of water scarcity and contamination.

Four projects are demonstrating both our intent and capability.

In Egypt, water infrastructure has grown significantly in recent decades.  However, approximately 7.3 million people still do not have access to safe water[7].  Where investment has been made, it has largely focused on creating a reliable supply to developed urban populations.  Those living in rural areas or urban slums have not benefitted to the same extent and risk being left behind, with 8.4 million people also deprived of access to improved sanitation[8].  Those living in Egypt’s rural areas and urban slums are much more likely to encounter disease, and suffer from resulting problems in health and nutrition, is a situation we have been keen to help resolve.

To start to tackle this issue, we have agreed a joint partnership with HA Utilities (HAU), part of Hassan Allam Holding (HAH).  Through this new partnership, Almar Water Solutions will be centrally involved in water and waste-water management across Egypt, as well as the development of build-operate-transfer (BOT) and build-own-operate (BOO) projects.  My colleague Carlos Cosin, CEO of Almar Water Solutions, believes the joint venture gives us an “exceptional opportunity” to contribute to Egypt’s future.  He is correct in that assessment.

Yet with 40% of the Arab population living in ‘absolute water scarcity’[9], the challenges facing the region are deeply embedded permeating history, culture and behavior.  Furthermore, these issues are compounded by high levels of personal use.  In Saudi Arabia, daily water consumption per capita was almost twice that of EU citizens in 2017[10].  It is of little surprise, then, that the region has developed the world’s most advanced desalination sector – accounting for 50% of the world’s capacity. 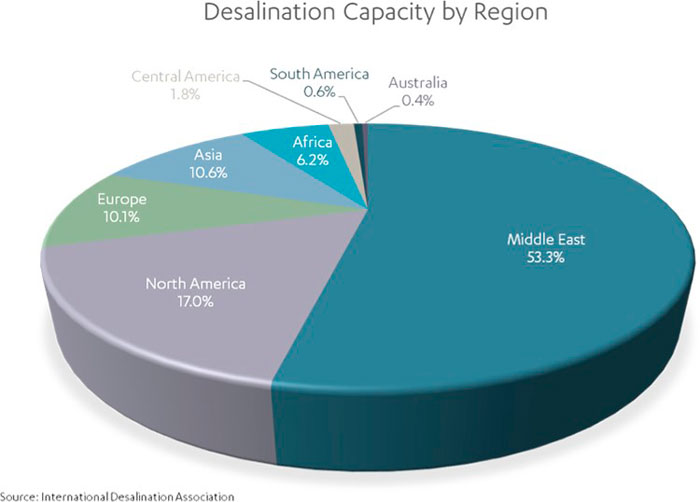 In January 2019, Almar Water Solutions was awarded the contract in Saudi Arabia to develop Shuqaiq 3 IWP, one of the world’s largest reverse osmosis desalination plants.  Situated near the Red Sea city of Al Shuqaiq, a US$ 600 million investment will fund the development of a plant covering the size of 34 soccer fields.  When it is completed in 2021, it will deliver 450,000 m3 of clean water each day on a 25-year build-own-operate scheme with WEC.  More than 1.8 million people will receive fresh water from the site, while 700 jobs will be created.

News of our involvement came less than eight weeks after we were awarded the contract to produce Kenya’s first large-scale desalination plant. Once operational, the site will deliver 100,000 m3 of drinking water to more than one million people in Mombasa, where a severe water crisis has caused interruptions in supply for several years.

I was lucky enough to personally agree this project with H.E. Hassan Ali Joho, Governor of Mombasa County, and see first-hand the current situation and how this project will benefit the people of Mombasa.

Most recently, Almar Water Solutions has acquired Mubadala Infrastructure Partners’ water investment in Muharraq STP Company BSC (MSC). MSC has a 29-year contract to build, own and operate a 100,000 m3/day wastewater treatment plant and sewer conveyance system in Muharraq, Bahrain.  By securing this agreement, Almar Water Solutions took another important step in its strategic ambition of owning and operating a range of water assets across the MENAT region.

Yet despite our ongoing investments, we are acutely aware that infrastructure alone cannot solve or eradicate mankind’s water security challenges.  New ways of thinking, new scientific discoveries and new blueprints to protect the planet’s vital resources are needed to power a truly holistic – and transformative – approach.

It is in this spirit that the Abdul Latif Jameel Water and Food Systems Lab (J-WAFS) operates from the Massachusetts Institute of Technology (MIT) in Boston, searching for the innovative breakthroughs that could transform not just Almar Water Solutions, but the wider sector as a whole.

Founded in 2014 in an effort to bring together all of MIT’s strengths and world-class research practitioners to the challenge of meeting the world’s need for water and food, J-WAFS has been proud to facilitate a range of contributions to these critical challenges.

Several current research projects are being funded through J-WAFS grants, fellowships, seed grants, and the J-WAFS Solutions program. These include the development, manufacturing and marketing of low-cost, easy-to-use E. coli water testing kits that could improve access to safe drinking water for millions of people, and a two-year project developing low-cost water filters from sapwood xylem. These projects, led by Professor Jeffrey S. Ravel and Associate Professor Rohit Karnik respectively, are two of the research initiatives looking at ways to improve access to clean water.

Two others follow a similar path: until August 2020, Professor Zachary Smith will lead a team benefiting from J-WAFS Annual Seed Grant funding looking to achieve a major technical breakthrough in water purification. It aims to find a way to use water-stable metal-organic frameworks (MOs) to remove water contaminants such as boron.  If this is achieved, it will represent a significant advance on current purification methods, such as desalination, which are unable to remove molecules as small as boron.

Another project receiving seed grant funding is led by Professor Julia Ortony. It aims to develop a new and long-lasting filtration material that can help to remove the naturally-occurring arsenic that contaminates much of the groundwater in South Asia.  Meanwhile, Associate Professors Mircea Dincă and Evelyn Wang have perhaps produced the most eye-catching research of all: they are looking at ways to literally harvest water out of the air. If successful, their research could revolutionize the prospects of water-stressed and remote areas around the world.

An example of how the various strands of the Abdul Latif Jameel operation can come together has been provided in Mombasa, the city of Almar Water Solutions’ desalination plant contract, where J-WAFS has supported a study developing a planning framework for engineering long-term water infrastructure.

The work undertaken in Mombasa is a microcosm of the necessary path ahead. Governments, private sector, energy companies, academics and community leaders will all have to work together to unlock the advances necessary to secure the enduring and wide-ranging access to clean water humanity needs.

It is not beyond our capabilities, but only a coordinated and committed approach will stand any chance of success.

By prioritizing the water challenge and encouraging investment, innovation and partnerships across society, we can build an innovative industry that will become increasingly vital to global development in the coming years. Together, we can build a cleaner, healthier future for all.

“We have not been afraid of investing in opportunities, taking some risks within a broad strategy” 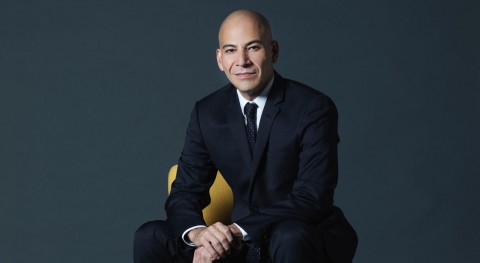 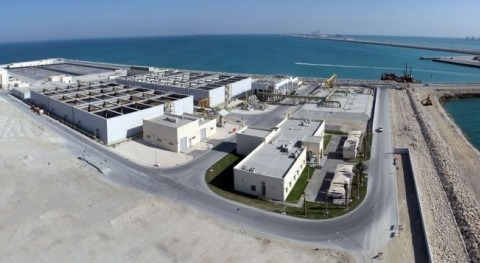