Water and gender: the role of Spanish Cooperation

AECID
The Spanish Agency for International Development Cooperation (AECID) is the main management body of Spanish Cooperation, focused on the fight against poverty and sustainable human development.
TwitterFacebookYoutubeWeb

It may seem obvious, but water use is very different between men and women. Nobody is as aware of water shortages as women are. In many homes around the world, there still is a clear division of roles and women are the ones who rise early to search for this precious resource and prepare breakfast, who do the laundry and wash the dishes, and who are responsible for their children's cleanliness and housekeeping. Although access to water and sanitation has greatly improved in the past few years, global data hide many inequalities, and the gender gap is wide in areas of Latin America and the Caribbean, particularly so in rural areas.

This shows in the unequal load borne by women and girls who carry and use water, and explains the higher school drop-out rate among teenage girls, who have to stay home and help their family. However, even though they are the ones who spend more time on house chores that use water, women are under-represented in the management, operation and maintenance of services, while men make decisions and occupy technical and management positions.

Although women spend more time on house chores that use water, they are under-represented in the management of services 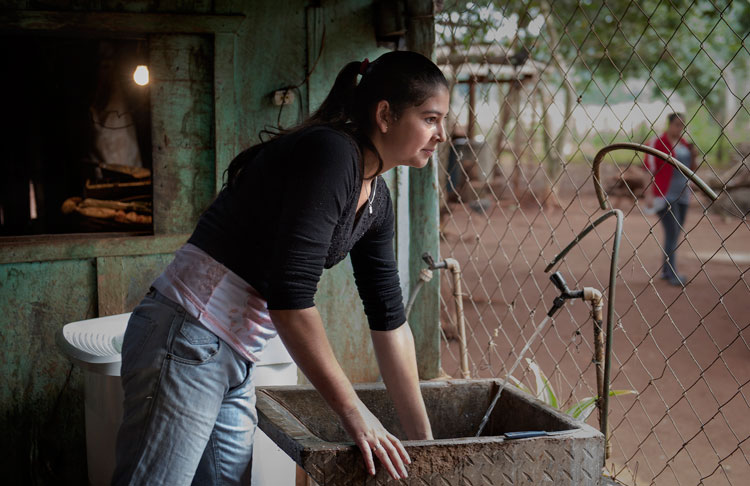 In Bolivia, where a large share of the fund's projects take place in rural areas, the participation of women was close to null, and there were many barriers to their presence and active participation at meetings. To address this situation, we developed a Gender Action Plan jointly with the Bolivian government; it comprised actions to empower women and encourage their participation in management structures, through workshops to develop their leadership capacity. It included an analysis of gender and conversation roles and, to decrease violence and raise awareness about inequalities, was aimed to both women and men.

These processes also included coordination across institutions with entities that work in the area of gender and violence prevention.

Thanks to this initiative, more than 100 women in rural communities of Bolivia received training in plumbing, something that provides them a technical outlook to participate in water boards. Furthermore, institutional partnerships and agreements with municipalities have been forged, to prevent and fight violence against women and children through education and awareness materials, and training workshops. Finally, we promoted capacity building related to water and sanitation rights, and sharing of experiences with other women groups that have advanced in terms of leadership and empowerment. 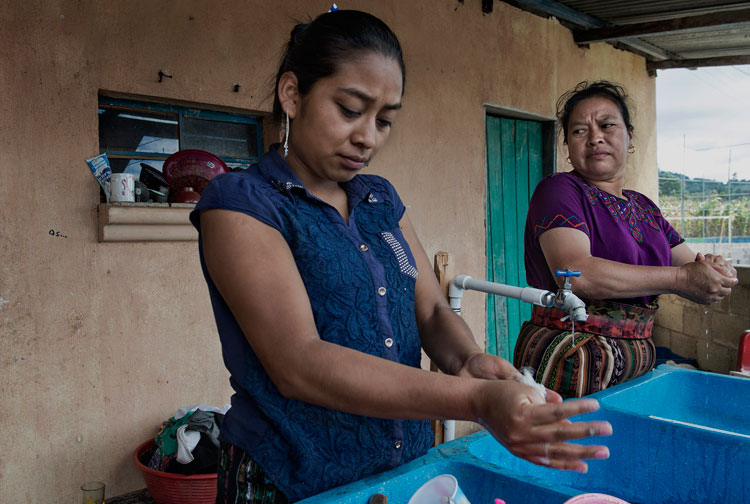 The water programme developed by Spain in the State of Guerrero included a gender assessment revealing that water access and supply were predominantly managed by women, but they were left out of other decisions. The project engaged in a cross-cutting gender approach through four lines of work: 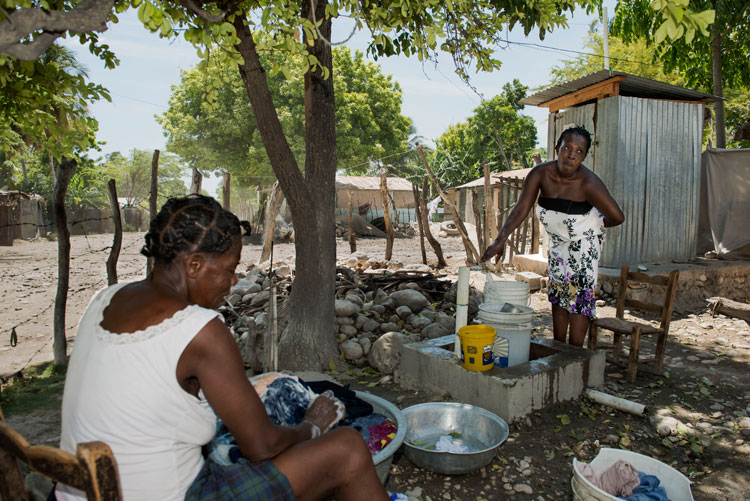 With the support of Spanish funds and the involvement of several development-focused NGOs, a few years ago the Paragua initiative was set up in Nicaragua. It is a successful programme for women community leaders that has trained tens of women to become key players in community water management in the regions of Chinandega and León. The women that participate in these schools, new in the country, attend meetings held every two weeks for 6 months, which address different gender issues coming up in community water management committees. The initiative seeks to reduce gaps such as gender disparities at work, which prevent women from handling water pumps or administrative tasks at the community committees that manage water resources.

113 women in rural communities of Bolivia received training in plumbing, something that provides them more clout when they participate in water boards

The experience has been implemented as well in 4 districts of the Ngäbe-Buglé region in Panama, with the purpose of improving women's participation and strengthen their organizational and technical capacity, and their influence in community organisations that manage water in Panama's rural communities. The women's leadership workshops include training to change the attitude of men participating in Drinking Water and Sanitation Committees, concerning current disparities in community water management and certain issues that concern both men and women.

A community cannot move forward without taking into account half of its population; there lies the importance of encouraging a gender approach. Involving women in water management is urgent and necessary in order to have sustainable water and sanitation services. 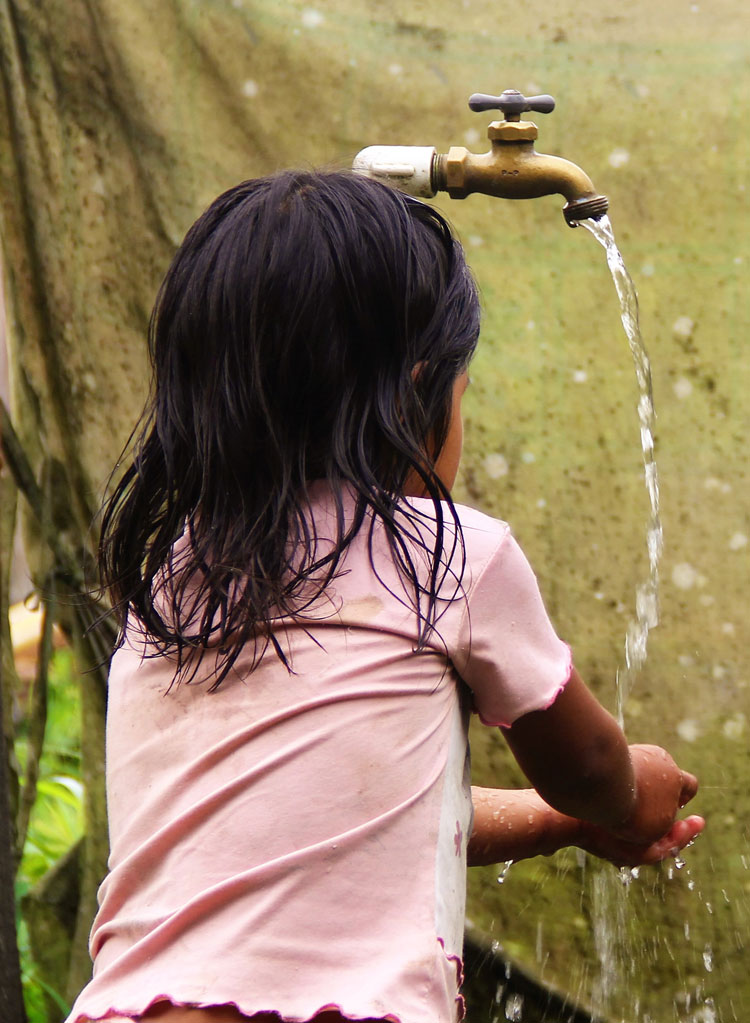 Facilitating access to water and sanitation entails a lot more than just funding infrastructure, and the FCAS works with a service-oriented approach to improve people's lives. This way, women play a double role: they have a right to water and sanitation and they are key to the sustainability of services. Access to these services also has a significant impact on other indicators in the 2030 Agenda: education, health or environment indicators. It even has an effect on the establishment of small businesses, because the availability of drinking water frees up women from many of the heaviest domestic chores.

Sonia Henríquez, native leader of the Guna people and participant in the leadership school in Panama is adamant about it: women are here to be heard. 'The history of the Guna people says there is a male and a female force in things, which join and complement each other. But the reality differs from that'.

Women in the Ngäbe-Buglé native region, in Panama, suffer discrimination due to three reasons: because they are women, because they are native, and because they live in remote, impoverished areas. To address this problem, Panama's Ministry of Health, through the directorate in charge of drinking water and sanitation (DISAPAS), prepared an assessment of gender relationships, with support and funding from the FCAS. The assessment is joined by a Plan aimed to include a gender approach in rural water boards (Juntas Administradoras de Acueductos Rurales or JAAR), the main community water management organisations in Panama.

The study concluded that, the same as in many areas of rural Latin America, there is a strong gender inequality in all aspects of life, and also in regard to water management.

Concerning water boards, the assessment reveals that women are under-represented in management positions in comparison with men (the latter occupy 70% of those positions and all chair positions).

In regard to routine board activities, the assessment observed that the role of women is an extension of domestic work: it is limited to fund raising for board activities through the sale of food, cleaning fountains and tanks, etc. Men monopolise technical and decision-making positions related to the construction, operation and maintenance of water systems.

Once the assessment was completed, and taking into account the recommendations of the report, Panama's authorities will implement a Gender Plan in the communities that participated in the programme. The purpose of the plan is to close the gaps identified, both in community water management through the boards, and in the DISAPAS. 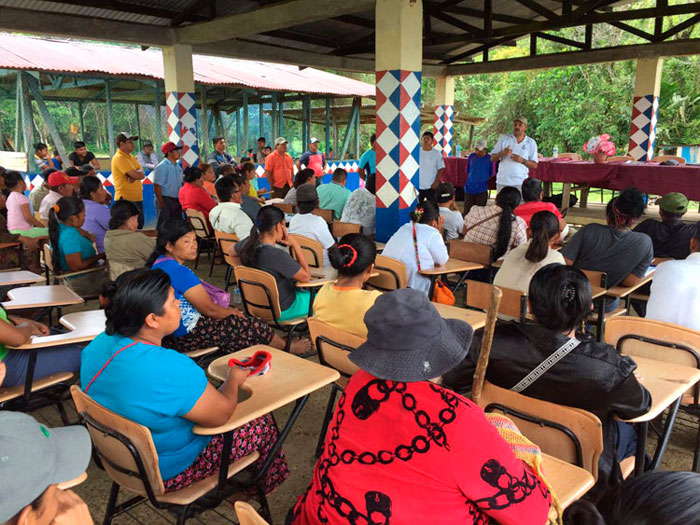 The Spanish Cooperation also contributes to the construction of a sewerage system in the Arraiján and La Chorrera districts, in the province of Panama Oeste, in coordination with the government of Panama. The lack of a sewerage system has led to two problems: on one hand, the environmental pollution stemming from the direct discharge of waste water; on the other hand, the impact on population health.

Given the hygiene and sanitation needs in the area, the Government of Panama implemented a Sanitation Programme in the  Arraiján and La Chorrera districts, with the purpose of adapting and building a sewerage system for the collection, conveyance and treatment of waste water generated in those districts.

The Ministry of Health (MINSA) is in charge of the programme, through the Coordination Unit for the Panama Sanitation Programme (UCPSP). Funding for the operation comes from the Spanish Agency for International Development Cooperation (AECID), the Inter-American development Bank (BID), and other financial institutions such as the Development Bank of Latin America (CAF), the Central American Bank for Economic Integration (BCIE), the European Investment Bank (EIB) and the Republic of Panama. The contribution of Spain is financed through the Development Promotion Fund (FONPRODE).

Well aware of the importance of gender equity issues and compliance with Panama's applicable regulations, the Spanish Cooperation has undertaken assessments and gender plans as part of the programme. The conclusions of the communities' assessment confirm that women in Panama Oeste suffer socio-economic discrimination. They experience a higher rate of diseases related to water, such as back injuries due to carrying water cans, different types of dermatitis, viral diseases, diarrhoea, urinary tract infections, etc. Women experience a higher rate because of the roles that society imposes on women and men. The fact that women are responsible for most of the household chores and taking care of their families means they are more exposed to any problems derived from water and sanitation services.

In addition, the work overload that entails carrying water affects directly the amount of time women have available to engage in other tasks; the lack of time is a huge barrier for women to enter the workforce or remain in it.

Alfonso Alonzo: "We expect that in 15 years all waste water will be treated" 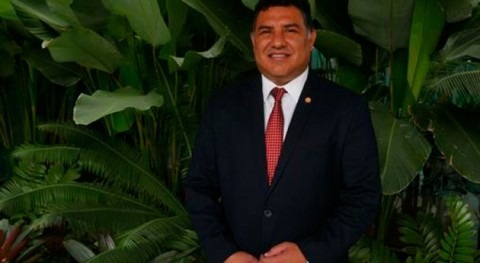 José Miguel Zeledón: "The objective of Costa Rica is to put on the table the issue of sanitation" 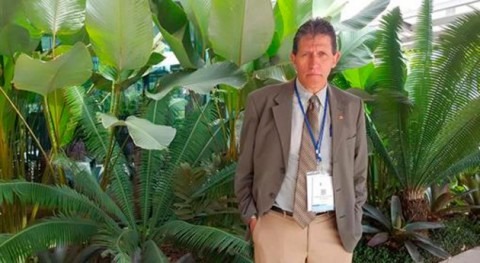 Mario Schreider: "In Latin America there has been significant progress regarding legal frameworks" 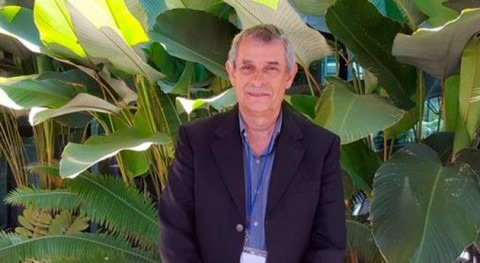 Maureen Ballestero: "We need to explain the damage that the lack of sanitation causes" 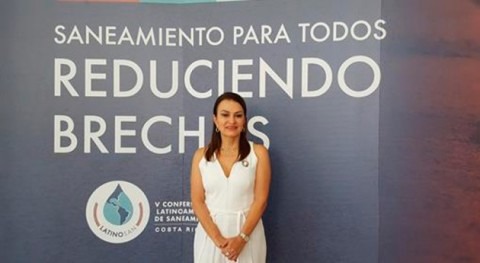