APO GROUP
This next generation solution is used for press release distribution and integrated marketing dedicated to Africa. A first for Africa, Africa-Newsroom.com is the undisputed source of press releases and multimedia files.
TwitterFacebookYoutubeWeb

The UAE has implemented four water pumping stations west of the Sudanese State of Kassala and signed contracts with the state government to drill 10 water wells, with work underway to establish additional pumping stations fed by Atbara River to address the severe drinking water crisis.

The Abu Dhabi Crown Prince Court is funding the developmental projects as per the directives of the His Highness Sheikh Mohamed bin Zayed Al Nahyan, Crown Prince of Abu Dhabi and Deputy Supreme Commander of the UAE Armed Forces, said Hamad Mohamed Humaid Al Junaibi, the UAE Ambassador to Sudan, who opened the four water pumping stations yesterday in Barakat, Abu Talha, Al Alamya and Derehesh, west of Kassala, which will meet the needs of 150,000 people.

The project will significantly fulfill the people's needs for water and livestock, ensure social welfare and help achieve economic wellbeing," noted the governor

The solar-powered stations are part of Sudan's Zero-Thirst Project and aimed at ensuring stability and development across the country.

"The developmental projects fall in line with the brotherly bonds between the two countries and their peoples in keeping with the march of giving, the solid basis of which was laid down by late Sheikh Zayed Al Nahyan and now maintained by President His Highness Sheikh Khalifa bin Zayed Al Nahyan," added the Ambassador.

Adam Jama'a, the Governor of Kassala, expressed appreciation to the UAE leadership under Sheikh Khalifa and Sheikh Mohamed for the project, which, he said, is the first of its kind.

"The project will significantly fulfill the people's needs for water and livestock, ensure social welfare and help achieve economic wellbeing," noted the governor.

Minister of Infrastructure and Urban Planning, Majzoub Abu Moussa, said developmental work will continue to carry out the Zero-Thirst Project and address the water shortage challenge across the state, noting that up to 28 feasibility studies are ready to be used to drill water wells to address the problem. 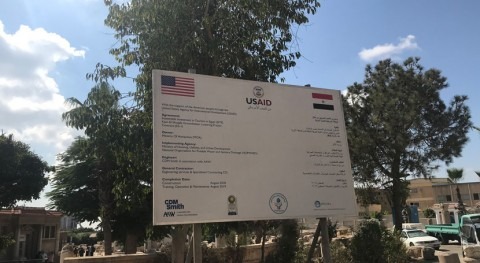