Aqua HD
Aqua HD has more than 60 years of experience between them in the field of international water purification. We were backed by Israel's Terralab Incubator and the Chief Scientist of the Israel Innovation Authority for our pilot projects.
Web

Surface water treatment facilities face the challenge of producing high quality clean water either for drinking, agricultural or industrial applications regardless of fluctuating turbidity and TSS (Total Suspended Solids) inlet conditions. In order to meet the increasing demand for high quality and continues supply of water, many water treatment plants will incorporate a solid separation step. A solid separation step will be needed either as pretreatment or a stand-alone process if turbidity levels exceed 50 - 100 NTU or for the treatment of fine particles (e.g algae, silt etc.).

Since many particles have density that is very close to water, in order to achieve high efficiency of solids separation, separation by density difference have to either work at very low velocity (0.5-1 m/hr) and thus large footprint and associated cost will be needed, or to invest high capital cost and high amount of energy to float the particles in Dissolved Air Flotation (DAF).

While processes that removes particles using centrifugal forces do exist in the market as an alternative to separation density difference (e.g Hydrocyclone) they are very limited in the particle size separation (larger than 70 um) and particles density (larger than 1.9 g/cc) and are mainly used for sand separation. The high shear forces created in the Hydroclyclone will prevent using coagulation and flocculation processes since flocs will be broken and thus the process will be ineffective.

The configuration of the separator was developed using a complex mathematical model that creates flow structure, causing high level and efficient separation of the suspended particles. Unlike other traditional solutions, hydrodynamic separator removes a wide range of organic and inorganic suspended solids as small as 2 micron, from water with dirt load of up to 4000 PPM of TSS.

The performance of the hydrodynamic separator was tested and evaluated in a demonstration plant that simulated a facility for treating surface water with high turbidity. The demonstration plant was then challenged with the water of the Jordan River from December 2017 to March 2018 totaling 93 days in all. The main goal of the test was to validate the capability of the hydrodynamic separator to achieve more than 70% removal of turbidity and TSS from the Jordan River. The second goal was to evaluate the performance of the hydrodynamic separator as a buffer to the significant turbidity fluctuations in order to enable the granular filter media to operate properly and without interruption. The project was done with the support of Mekorot, Israel Water Utility. 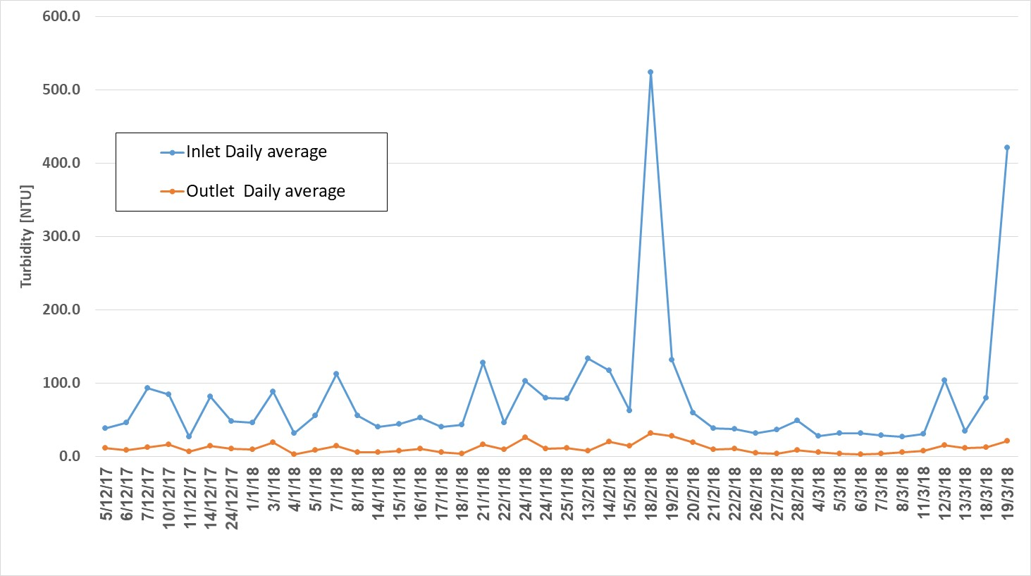 Figure 1: Turbidity Inlet and Outlet of the Hydrodynamic Separator During Piloting Period.

The results clearly show that the hydrodynamic separator provides acceptable and reliable turbidity values. This makes it suitable for any surface water treatment application used for providing clean water with a quality that meets any client demands for either drinking water, industrial or agricultural needs. 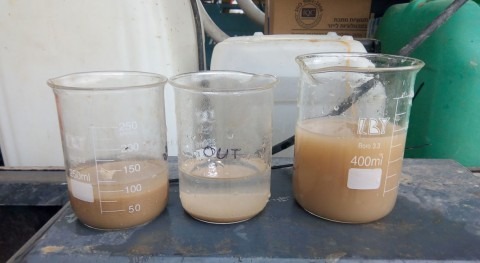