A joint research team led by Profs. Lin Yangting and Lin Honglei from the Institute of Geology and Geophysics of the Chinese Academy of Sciences (IGGCAS) observed water signals in reflectance spectral data from the lunar surface acquired by the Chang'E-5 lander, providing the first evidence of in-situ detection of water on the Moon.

The study was published in Science Advances on Jan. 7.

Researchers from the National Space Science Center of CAS, the University of Hawaiʻi at Mānoa, the Shanghai Institute of Technical Physics of CAS and Nanjing University were also involved in the study.

Many orbital observations and sample measurements completed over the past decade have presented evidence for the presence of water (as hydroxyl and/or H2O) on the moon. However, no in-situ measurements have ever been conducted on the lunar surface.

The Chang'E-5 spacecraft landed on one of the youngest mare basalts, located at a mid-high latitude on the Moon, and returned 1,731 g of samples. Before sampling and returning the lunar soil to Earth, however, the lunar mineralogical spectrometer (LMS) onboard the lander performed spectral reflectance measurements of the regolith and of a rock, thereby providing the unprecedented opportunity to detect lunar surface water.

Therefore, the researchers used a thermal correction model to correct the LMS spectra. Following this correction, the undoubted spectral absorptions at 2.85 μm were observed at the Chang'E-5 landing site.

The quantitative spectral analysis indicates that the lunar soil at the landing site contains less than 120 ppm of water, which is mostly attributed to solar wind implantation. This is consistent with the preliminary analysis of the returned Chang'E-5 samples.

In contrast, a light and vesicular rock that was also analyzed exhibited much stronger absorption at 2.85 μm, corresponding to an estimated ~180 ppm of water, thus suggesting an additional water source from the lunar interior.

The results of compositional and orbital remote sensing analyses show that the rock may have been excavated from an older basaltic unit and ejected to the landing site of Chang'E-5. Therefore, the lower water content of the soil, as compared to the higher water content of the rock fragment, suggests that degassing of the mantle reservoir beneath the Chang'E-5 landing site took place.

This discovery is consistent with the prolonged volcanic eruptions in the Procellarum KREEP (potassium, rare earth elements, phosphorus) Terrain region, and also provides vital geological context for the analysis of the returned Chang'E-5 samples. 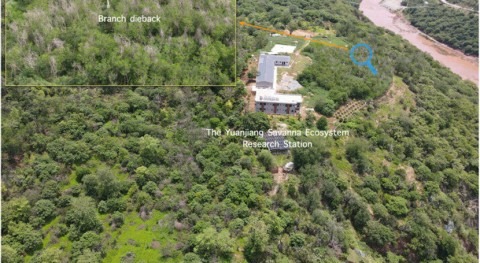 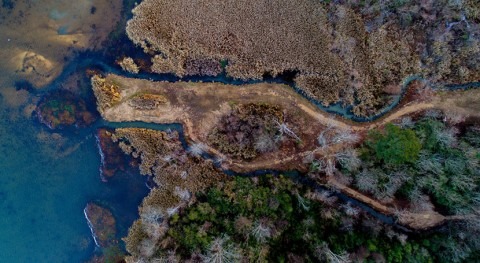 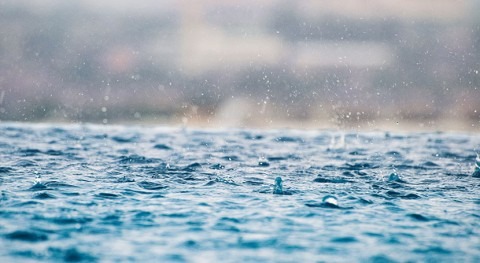 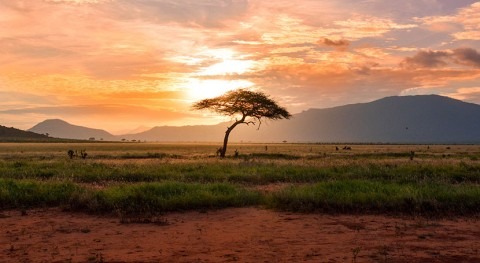 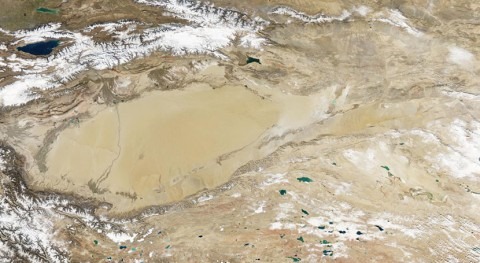 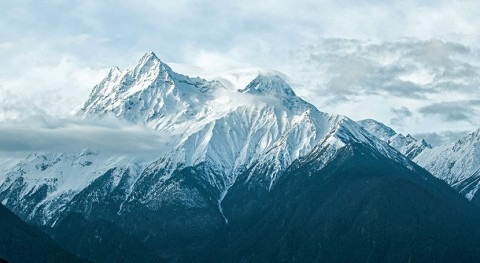 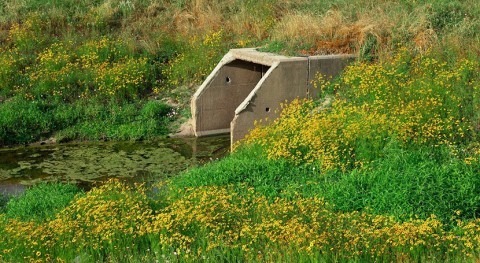