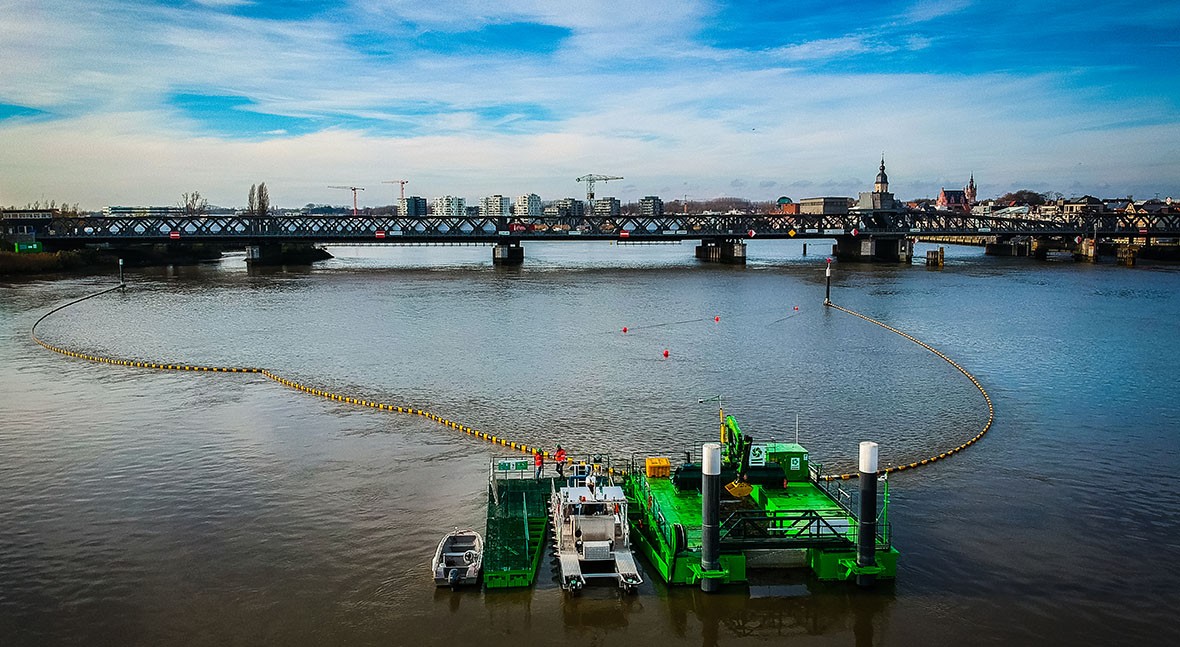 In an effort to improve the water quality of Europe’s rivers, Bolina Ltd, an Ecocoast company, has engineered the longest floating debris barrier on the Belgian river Scheldt.

Bolina Ltd, an Ecocoast company, has installed on the Belgian tidal river Scheldt a floating barrier to catch plastic and other floating debris. The barrier funnelled 218 kg a day into the plastic catcher, removing 7 tonnes of debris and human pollutants a month from the river. Over the annual period between October 2020 and October 2021, the Bolina Debris Booms funnelled over 60 tonnes of waste, removing it from the Scheldt River and stopping it from getting in the ocean. 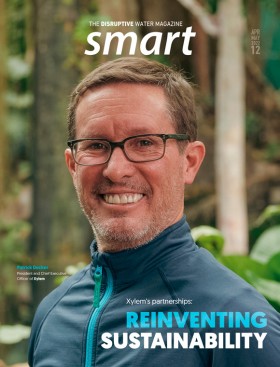 Bolina worked with the world leader in the highly specialised fields of dredging, solutions for the offshore energy market, infra marine and environmental works, DEME Environmental Contractors (DEC), the environmental specialists of DEME. DEME installed a litter trap in Temse, with a floating funnel from Bolina that covered part of the river allowing vessels to pass by unhindered. Operational 24/7, it caught and collected drifting debris inside the Bolina floating debris barrier. Once the litter trap was full, everything was transferred into an autonomous CO2 neutral DEME vessel using VR technology. When the container is full, the work boat takes this autonomously to the docking station, where it is unloaded by a transfer crane on the quay for collection and processing.

The barrier funnelled 218 kg a day into the plastic catcher, removing 7 tonnes of debris and human pollutants a month from the river

AI was used for debris passing that would miss the funnel. Floating waste was detected using artificial intelligence by smart cameras that were installed on the old Temse bridge. An autonomously navigating work boat, the “Marine Litter Hunter” intercepted the waste and pushed it to a collection pontoon. The waste was collected in the collection pontoon, where a crane equipped with a grab transfers the waste into a container. 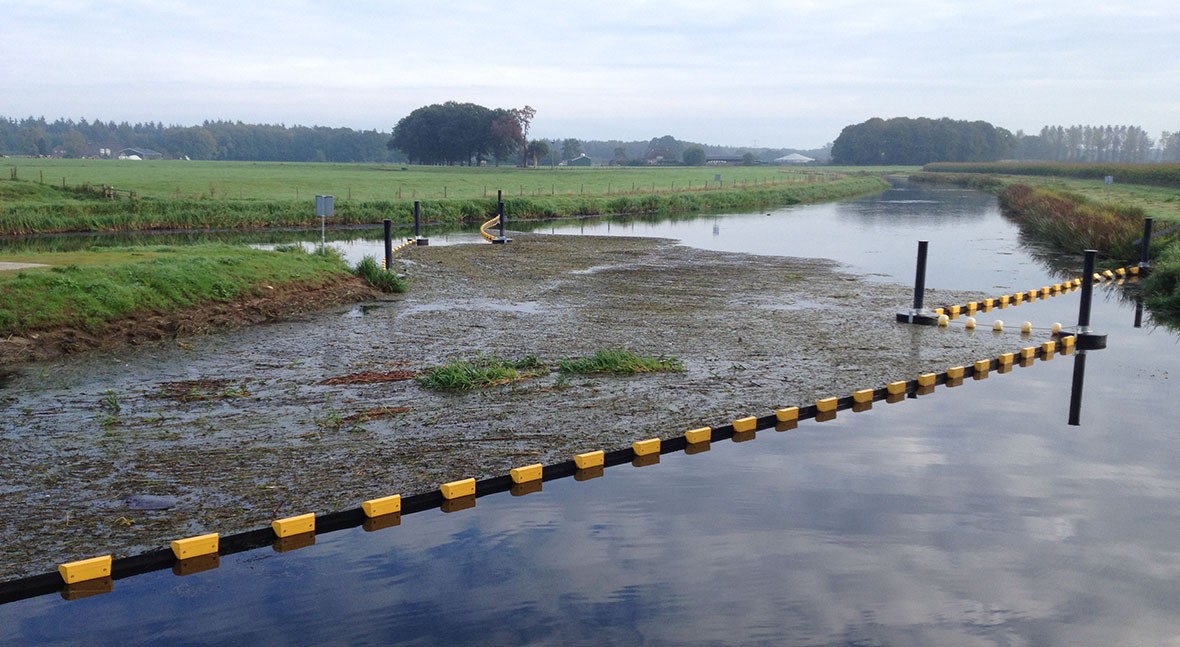 An innovative design was required due to its tricky location on the Scheldt near the Temse Bridge. Various factors came into play including the tidal effect of up to six metres, the alternating current directions and water speeds of up to two metres per second, as well as the river being a busy shipping route - a fitting challenge for both Bolina and DEME.

The design integrated the Bolina floating debris barriers that would rise and fall with the tide. Two giant ‘arms’ would form a funnel and guide the pollution towards the plastic collector to be trapped. Both arms are constructed from one full length, without intermediate pieces or other connections in order to maintain maximum tensile strength. The arms span 103 metres for the northern side of the funnel and the southern arm is 175 metres.

Due to the extreme tidal effect, Bolina D-500 pile drivers were provided at the beginning of the barriers, which followed the full height difference of six metres, four times a day. At the plastic collector, a special roller system was designed for the connection between the Bolina floating debris barriers and the collector itself. The new roller system allows free movement between the dirt screen and the pontoon in the event of strong waves and tides, without losing any plastic or floating debris.

Gregory Duquennois who headed up the project from Bolina said:

“In the course of our global activities, we are confronted daily with waste in rivers and oceans. For Bolina, that specialises in products for the protection of waterways and coastlines, it is a logical step to use our expertise to cooperate actively on solutions for the global waste problem. By collecting plastic in rivers we can avoid it ending up in our seas and oceans, where it is more difficult to tackle the problem. As a pioneering company, we continue to commit to technologies and innovations that offer solutions for global challenges. We are pleased that this installation yielded such positive results and can be seen as a case study for what can be rolled out in rivers across Europe and globally.”

By collecting plastic in rivers we can avoid it ending up in our seas and oceans, where it is more difficult to tackle the problem

Waterways worldwide face water pollution challenges, plastic, wet wipes and all kind of debris that pollute the waterways. Trials and investment from governments, private companies and organisations like DEME and The Flemish Waterway initiative in Temse means these rivers may see a revitalisation with ecosystems returning and beginning to flourish again.

Bolina is the European leader in marine safety, security and environment booms for inland waterways, ports, dams and critical infrastructure. Headquartered in the United Kingdom with strategic partners worldwide, Bolina was acquired by Ecocoast in early 2020, a global leader in engineered products for the protection of coastlines and waterways. The acquisition allows clients to have access to an unmatched range of marine products for coastal and marine protection, demarcation, navigation, safety and security purposes globally.