A half-century after the passage of the landmark federal Clean Water Act, and almost four decades after the law’s deadline for all waters across the U.S. to be “fishable and swimmable,” 50 percent of assessed river and stream miles – 703,417 miles nationally — are so polluted they are classified as “impaired", according to a new report by the Environmental Integrity Project.

The report, “The Clean Water Act at 50: Promises Half Kept at the Half Century Mark,” uses state data to also show that 55 percent of lake acres that have been studied in recent years and 25 percent of assessed bays and estuaries are impaired — meaning they cannot be used safely for one or more public uses, such as swimming, fishing, or as sources of drinking water.

“The Clean Water Act should be celebrated on its 50th birthday for making America’s waterways significantly cleaner,” said Eric Schaeffer, Executive Director of the Environmental Integrity Project (EIP) and former Director of Civil Enforcement at EPA.  “However, we need more funding, stronger enforcement, and better control of farm runoff to clean up waters that are still polluted after half a century. Let’s give EPA and states the tools they need to finish the job – we owe that much to our children and to future generations.”

The U.S. Congress passed the federal Clean Water Act in a series of votes from March to October of 1972 as a crowning achievement of the environmental movement.  The law promised fishable and swimmable waters no later than 1983, and the elimination of all discharges of pollutants into navigable waters by 1985.  But the Clean Water Act has fallen far short of achieving these ambitious goals.  Among the reasons for that shortfall include the law’s weak to nonexistent controls for runoff pollution from farms, according to the new report. Other shortfalls include budget cuts to federal and state environmental agencies, the failure of government to enforce pollution limits, and toothless cleanup plans called “Total Maximum Daily Loads” or TMDLs.

One major problem, according to EIP’s report, is that EPA has neglected its duty under the federal Clean Water Act to periodically review and update technology-based limits for water pollution control systems used by industries. By 2022, two-thirds of EPA’s industry-specific water pollution limits have not been updated in more than three decades, despite the law’s mandate for reviews every five years to keep pace with advances in treatment technologies.

These badly outdated standards mean more pollution from oil refineries, chemical plants, slaughterhouses and other industries pouring into waterways than we would have if these standards had been updated on schedule.

EIP’s report includes detailed maps and charts with the most recent available water pollution impairment data from all U.S. states.  Among the state-specific findings of EIP’s study are the following:

In Florida, Eve Samples, Executive Director of the Friends of the Everglades, said: “Florida’s toxic-algae crisis is the direct result of lax enforcement of phosphorus and nitrogen pollution limits in cleanup plans required by the Clean Water Act. Because these limits rely on voluntary ‘best management practices’ and a presumption of compliance, agricultural polluters regularly exceed phosphorus runoff limits while dodging responsibility — leading to harmful algal blooms in Florida’s lakes, rivers, estuaries, and even on saltwater beaches. The solution is no mystery: We need mandatory, enforceable phosphorus and nitrogen pollution limits. Unfortunately, leaders in the Florida Legislature have instead pushed to liberalize rules governing fertilizer application.”

In Indiana, Dr. Indra Frank, Environmental Health & Water Policy Director for the Hoosier Environmental Council, said: “Indiana’s waters have benefited from the Clean Water Act, but unfortunately, they also illustrate some of the gaps in the law.  We have seen persistent, unresolved impairments, especially for E coli bacteria in our rivers and streams, in part from industrial agricultural runoff.  And we have also seen examples of Clean Water Act permits used to send water contaminated with coal-ash into our rivers. We need to halt pollution like this.”

In California, Bruce Reznik, Executive Director of LA Waterkeeper, said: “The fight for clean water is far from over, and for all its successes, the Clean Water Act has still not met its promise of achieving and protecting fishable and swimmable waters for all in California or anywhere else. Stronger clean water laws and regulations combined with greater enforcement is critical if we hope to meet our greatest water-related challenges, including ensuring equitable access to clean water.”

In Delaware, Maria Payan, Senior Regional Representative with the Socially Responsible Agriculture Project, said: “The fact that Delaware has the highest percentage of impaired rivers and streams in all of the U.S. shows there is a clear failure to protect public health here. Too many people here have no access to clean water coming out of the tap, especially in our poor and minority communities.”

In Maryland, Frederick Tutman, the Patuxent Riverkeeper, said:  “In the 50 years since the Clean Water Act was enacted, we have yet to see the successful cleanup of a single tributary of the Chesapeake Bay. “We here in Maryland are struggling with not only runoff from suburban sprawl and farms, but also endocrine disruptors, forever chemicals, toxic waste, and failed aspirational water quality aims. Granted, we no longer have burning rivers like we did before the Clean Water Act. But we really need to turn up the volume on conservation and water protection, or else America’s waters face a bleak future.”

In Iowa, Alicia Vasto, the Water Program Associate Director for the Iowa Environmental Council, said: “The Clean Water Act is landmark legislation that has addressed industrial pollution in our nation’s waterways. However, agricultural states like Iowa suffer from the loophole that almost entirely exempts the agricultural industry from oversight. This has led to agriculture becoming the number one polluter of our nation’s waterbodies. It’s time to update the Clean Water Act to address agriculture’s impacts and close the gap on agricultural pollution.”

In Louisiana, Brady K. Skaggs, Water Quality Program Director for the Pontchartrain Conservancy, said: “Louisiana is America’s estuary and we have some of the most productive fisheries in the world.  But we do have a lot of work to do in enforcing the Clean Water Act and protecting our estuaries from pollution. For example, we need to do more to stop non-point source pollution and sewage leaking from on-site wastewater systems. We believe in the regionalization of wastewater treatment systems, which would treat sanitary waste to a higher standard, protect the environment, and protect public health.”

It is important to keep in mind that in some cases, states reporting higher levels of impairment may actually be doing a better job of monitoring waterways or are using more stringent criteria to assess water quality.

Although the most recent available state water quality reports to EPA make clear that about half of assessed river and stream miles and lake acres are impaired, the true extent of the nation’s water pollution is unknown because few states monitor all their waterways as required.

Due to limited funding and budget cuts, many state environmental agencies do not have the staff to test all their waters within mandated time periods – usually between six and 10 years, depending on state rules.  For example, Missouri and Arkansas assessed only five percent of their river and stream miles in the most recent assessment period, according to EIP’s report.  Across the U.S., 73 percent of rivers and stream miles were not studied during the most recent assessment cycle, and the same is true for 49 percent of lake acres and 24 percent of bay areas.

What can be done to close the gaps between the Clean Water Act’s lofty goals and reality?

The “Clean Water Act at 50” report offers several solutions as the law’s half-century birthday approaches (the Act passed the U.S. House on an initial vote on March 29, 1972, and became law on Oct. 18, following votes by the Senate and House to override President Nixon’s veto.)

EPA needs to do its job and comply with the Clean Water Act’s mandate for more frequent updates of technology-based limits for industry water pollution control systems. Despite a legal mandate for reviews of these discharge limits at least every five years, highly-polluting industries like chemical manufacturing have not had their standards updated since the 1970s – back when “modern” technology meant computers with floppy disks.

Congress should strengthen the Clean Water Act by closing its loophole for agricultural runoff and other “non-point” sources of pollution, which are by far the largest sources of impairments in waterways across the U.S. Factory-style animal production has become an industry with a massive waste disposal problem and should be regulated like other large industries.

EPA or Congress should impose more consistent, universal guidelines for waterway impairment designations for all 50 states, and for gauging unhealthy levels of key pollutants like nitrogen.

Congress should make it easier to enforce key requirements of the Clean Water Act, including the cleanup plans — called “Total Maximum Daily Loads” — that are supposed to be one the primary mechanisms for reducing pollution.

States are set to receive billions of dollars from Congress’ recent passage of a $1.2 trillion Bipartisan Infrastructure Bill. Governors and lawmakers should, whenever possible, target this funding to water pollution control efforts, especially in lower-income communities of color that have long suffered disproportionately from pollution.

Congress and states legislatures need to boost funding for the EPA and state environmental agency staff required to measure water quality, and to develop and implement the cleanup plans needed to bring impaired waterways back to life.

Although achieving the Clean Water Act’s ultimate goal of 100 percent “fishable and swimmable” waterways will be hard, EPA should keep driving toward this target by setting interim national goals by decade and by creating enforceable plans to achieve these pollution reductions. 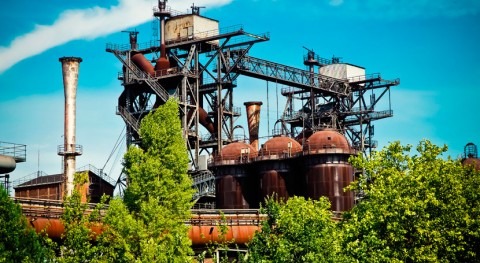 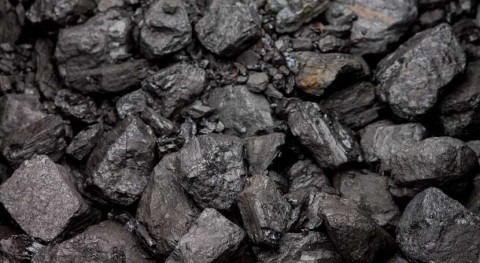