Working to bridge the finance cap in Jordan's water sector

Cooperation
GWP Mediterranean has been working actively in Jordan for over a decade, assisting the country’s water sector to meet the challenging demands it faces. Much of the work has been centered around sustainable water financing. In the past year, a significant breakthrough was made when a government-led collaboration with the Jordanian banking sector was established.

Between the years 2013-2017, GWP Mediterranean and the Organisation for Economic Cooperation and Development (OECD) jointly designed and implemented the project ”Governance & Financing for the Mediterranean Water Sector”. The project involved an interplay of regional and national activities, with the latter carried out in four countries: Lebanon, Palestine, Tunisia, and Jordan. It addressed the strong linkages between water governance and sustainable financing, diagnosing the status quo of public-private partnerships (PPPs) in the water sector and providing the basis for an informed discussion during a series of multi-stakeholder workshops that were conducted under the auspices of the ministries in charge of water. Importantly, during these national dialogues, priority issues were identified for each of the countries and consensus-based, country-tailored recommendations and action plans were developed.

Reports from all four countries were compiled, building on active input and feedback from key stakeholders in the policy dialogues. The reports shed light on the structures and processes of policy-making in the water sector and the way these processes challenge sustainable financing, including through private sector participation.

The country report for Jordan – “Water Governance in Jordan: Overcoming the Challenges to Private Sector Participation” – identified actions to support the strengthening of financial sustainability in the water sector, including ways for private sector engagement that is socially-sensitive and of value-for-money.

“The lesson we learned…”

Eng. Ali Subah, Secretary General of Jordan’s Ministry of Water and Irrigation, has been working with GWP Mediterranean for a long time, and he was also their focal point for the Governance & Finance project. He explains: “Jordan faces many problems and the main issue is the scarcity of water – together with the scarcity of financing at the same time. For this reason, Jordan has had many experiences in public-private partnerships; from small, to medium and to big projects. And there are successful PPP stories; we face both small and big problems. But the lesson we have learned, is that any public-private sector participation should be prepared in a proper way. The contracts should be done in a good technical way, and legal issues need to be taken into consideration.”

He says that the report from the GWP Governance & Financing project has helped his work a lot. He says the recommendations showed there are many things Jordan could work on: “There are good points that we should enhance, as well as weak points we need to work on to turn them into an opportunity – to make investments in the water sector by the private sector attractive.”

“We were equipped by working with GWP Mediterranean, about all the missing or weak points in the previous law or the stakeholder engagement itself. In addition to that, there are problems with the commercial Jordanian banks; to get them to invest in the water sector. GWP Mediterranean, as a third party, brought them – and all of us – all the related ministries, around one table. We discussed, where is the problem. To show them that the water sector is not a bad place for investments, but you should not look to the investment to get a revenue as fast as other investments, it’s not like buying cars or flats or something like that. The cooperation should be long-term, but then you will have better revenue than for some other projects – there should be a clear dialogue between the water sector and the commercial banks,” says Subah.

Bringing in the banking sector

The Governance & Financing project culminated in a closing conference in Barcelona in December 2017. GWP Mediterranean invited Dr. Adli Kandah, the General Director of the Association of Banks in Jordan, to the meeting.

“When I was in Barcelona, attending that conference, I was invited to attend one of the sessions. Professor Scoullos (GWP Mediterranean's Chair) asked me a question: what is the role of the banking sector in Jordan, how much are they involved in financing the water sector? And I didn't have an answer. That made me think, I should do a study, to have an answer to this specific question, and to see how much the banking sector is involved. We usually do these kinds of studies in the Association of Banks, but we had never done one before on the water sector.”

So, upon his return to Jordan, Dr. Kandah commissioned a survey to all Jordanian banks, with the input of GWP Mediterranean. 18 out of 24 banks responded to the survey – it was published in June 2018 – and the results were surprising.

"The surprise was that in the past 5 years there was a huge amount of money lent from the banks to the water sector – we’re talking about a figure of more than 1 billion US dollars. This is a huge amount of money, and the number of projects that have benefitted from this money is huge as well, over 780 projects. The survey meant that now we could talk about this in public; with the government and with the private sector and even with the banks themselves. Previously, when we discussed these types of questions with our members, it seemed we talked to banks that were less involved, so the answer was usually negative; "we are not very much involved," or "these types of projects are not bankable, are not feasible" and they said they are usually hesitant to finance these types of projects. But the study showed that this was not true, the banking sector was involved," says Dr. Kandah.

Following the survey, the Association of Banks wanted to find out how many of the projects that were provided by the Jordanian Ministry of Water and Irrigation were bankable and feasible.

“We wanted to push this forward, to get the banking sector involved more,” says Dr. Kandah.

The study was circulated to different stakeholders in Jordan.

This led to a meeting with the Ministry of Water and Irrigation, the Association of Banks, and other stakeholders, where they discussed how they can collaborate more closely to enhance financing of bankable projects. This in turn generated a list of prospective projects – the collaboration had just started, and it is now set to continue and to evolve.

Eng. Ali Subah says: “There is now opportunity – it was always hidden, nobody talked with each other about it. The commercial banks gave contractors money directly without thinking about the guarantee from here or there. But now there is cooperation, there are meetings with the Jordanian Association of Banks, and they are cooperative. They now give proposals on how to invest in the water sector. I think these things, by transferring knowledge from other countries through GWP, for instance workshops – there is a good story in Lebanon about bank investing in the water sector, or in another country. This leads to the banks here starting to think about investing in the water sector.”

Dr. Anthi Brouma is the Deputy Regional Coordinator of GWP Mediterranean. She has been leading the Governance & Financing from its initiation, including the process in Jordan, and she is very pleased that the work done has been so well received and highly valued. “It has been particularly enriching to witness how the structured policy dialogue in Jordan has been an eye-opener for all involved stakeholders regarding the magnitude of the financing gap that underpins the water sector and the options for bridging it. The dialogue has been instrumental for acknowledging that the business-as-usual scenario is no longer doable, and coordinated action involving different actors, including the private and banking sectors, is urgently needed”, Anthi comments. The active engagement of commercial banks in water financing through concrete projects proposed by the Ministry of Water and Irrigation is a novelty and could become an important showcase for other countries in the Middle East and Northern Africa (MENA) region and the wider Mediterranean.

“However, not all is bright and still much work needs to be done, requiring perseverance and continuity of efforts. One of the key challenges remains the volatility of the region’s political situation, often requiring shift of priorities, both in terms of work and resources. And this besides the difficulties with implementing agreed-upon plans and strategies for the water sector that are integrated and consistent with national priorities and international obligations, including the Sustainable Development Goals (SDGs) and the Paris Agreement provisions.”

“As for the next steps in Jordan, it is expected that the application of the innovative financing mechanism that concerns the involvement of the banking sector in water projects will intensify. Options for pilot applications that also address nexus issues and have strong social elements (including gender and pro-poor considerations) will be duly explored and hopefully put on trial.”

Anthi affirms that GWP Mediterranean stands ready to assist as needed, with targeted technical assistance and the facilitation of neutral multi-stakeholder platforms for discussion and consensus-based policy-making. A similar process I underway in neighbouring Lebanon, with the two countries offering valuable insights on the role that banks (commercial and Central Banks) can play in the quest for sustainable water financing.

And Anthi also reminds that the vision of the Governance & Financing project remains highly relevant and still very much needed;  good water governance not only encourages the, much-needed, sustainable financing of the sector, but importantly it improves the prospects for freedom from poverty, enhanced national stability, and an environment conducive to fostering peace dividends, while firmly grounded on the day-to-day efforts of providing increased access to water to meaningfully improve daily lives, most notably impoverished children, women and men contributing to favourable developments in the region and beyond. 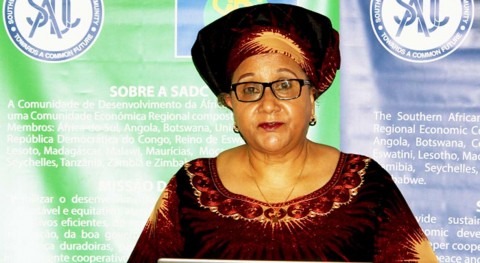 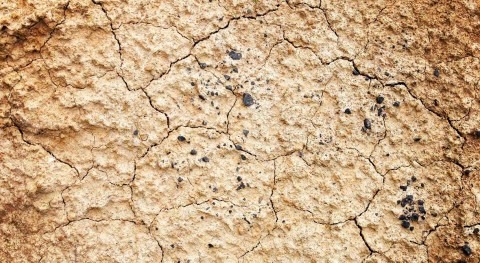