Researchers map out possible new pumped storage sites in the US

In the last few years, U.S. summers have looked a little apocalyptic. Wildfires raged across the West Coast. Floods stole homes. In July 2021, the Earth’s hottest month ever was recorded, and power grids flickered, causing widespread blackouts that shut off air conditioning, air purifiers, and oxygen machines. Such power failures pose a new, potentially deadly risk to people across the warming world.

But something called pumped storage hydropower can help. Made by connecting two reservoirs, one at a higher altitude than the other, these plants pump water uphill, storing it in the upper reservoir, before releasing it down through a turbine, which spins a generator and pumps energy back into the grid. These systems already provide 93% of the United States’ grid-scale energy storage; and in today’s hotter, more volatile climate, they can replenish electricity during blackouts caused by heatwaves, hurricanes, or cyberattacks and keep renewable energy flowing when the sun sets and winds do not blow. In short, they make the power grid more resilient.

So, could your town or city soon use one of these facilities? It is hard to say.

Until now, little data existed on where pumped storage hydropower plants could be built in the United States. And, even though hydropower’s steady energy already complements other renewable energy sources, it is not clear how it will support a future clean energy grid that runs on lots of wind energy and solar power.

Now, two new reports from researchers at the National Renewable Energy Laboratory (NREL) help fill both data gaps. The first study identifies U.S. sites that could support pumped storage hydropower plants as well as how much they might cost and how much energy they could produce. The second (being published as an NREL technical report soon) uses that data set and additional resources to examine how hydropower’s low-cost, flexible energy could support tomorrow’s grid. The work was funded by the U.S. Department of Energy’s Water Power Technologies Office and is part of its Hydro Water Innovation for a Resilient Electricity System Initiative.

Where in the World Can We Build Pumped Storage Hydropower?

There is a map for that.

Picking a site to install a wind turbine or solar panel is relatively easy. Is the wind strong and steady? Does the sun shine more often than not? If the answer is yes, that site might work. Installing a pumped storage hydropower plant is a bit more complicated. You need two large lakes, one high above the other, to store energy. And, to build more ecofriendly plants, neither must connect to a river. 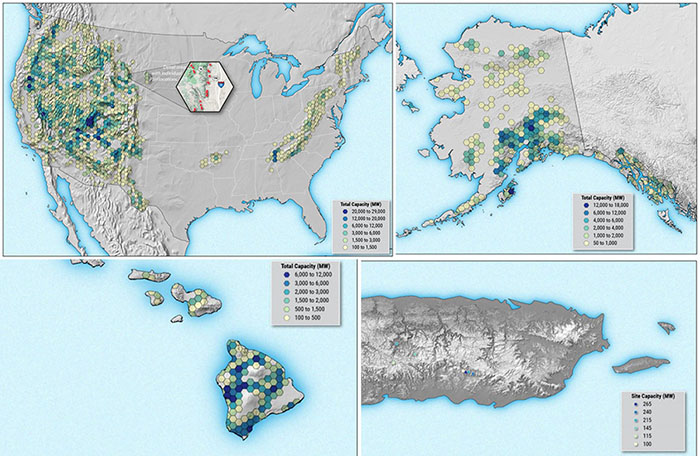 Finding sites to support these facilities is tricky—or it used to be.

“With this map, people who live in Wyoming could zoom in on a mountain range and see where some of the best sites are,” said Stuart Cohen, a model engineer at NREL and a co-author on both reports. “Nobody is producing a product with this scope and granularity for the United States.”

In 2017, the Australian National University developed a data set of potential pumped storage hydropower sites around the world, identifying about 616,000 potential locations. Now, Cohen along with a team of researchers have adapted the university’s original algorithm to create more detailed geospatial data on potential sites in the United States.

To rein in their data set, NREL’s researchers fixed parameters like dam height and storage duration, selecting a 10-hour energy storage duration, for example, because it tends to be more cost competitive (for comparison, today’s batteries provide about 4 hours of energy storage). Using their geospatial algorithm, the team searched the country for all possible sites and then pared those down into a final list that adhered to additional technical, environmental, and economic considerations. To find the best spot, any hydropower aficionado can then sort and filter those sites by head height (the difference in elevation between the two reservoirs), energy capacity, and cost.

While the first data release relies on these fixed parameters, soon Cohen and team plan to build an updated version of their map that gives users more control. “We want to build an interactive map where you can check boxes on and off to choose between 12-hour or 8-hour storage, 40-meter or 60-meter dam height. Whatever people want.”

Then, once a developer locates a site, the tool can estimate how much their plant might cost to build. Also based on the Australian National University’s original model, NREL’s cost model is adapted for financial and economic conditions in the United States, so developers can evaluate whether to build their plant (or not).

As the climate changes, pumped storage hydropower could provide reliable backup energy. But conventional hydropower plants can both produce and store energy, too, and they can turn on and off as needed, drawing energy from the power stored in their reservoirs. So, how do these flexible plants factor into a cleaner future?

“We're not talking about building new Hoover Dams,” Cohen said. Or any new dams, for that matter. In the United States, existing hydropower plants could provide even more flexible and reliable electricity than they already do. With some modifications, these facilities could kick on quickly in response to changes in the amount or type of electricity on the grid, balancing the variable energy input from wind turbines and solar panels, for example, or supplying more electricity during the winter months when those renewable energy sources tend to dwindle.

“It could actually make a big difference, much bigger than I expected,” Cohen said. (As a bonus, data from his map of pumped storage hydropower sites is making these capacity models even more accurate).

Today’s hydropower fleet has enough dams to produce up to 80 gigawatts of electricity. “More than half of that is already pretty flexible,” Cohen said, meaning operators could easily add electricity generation to the fleet’s other vital roles, like water management, irrigation, or recreation.

“What’s exciting is when you let the rest of the fleet become more flexible,” Cohen said. “If that happens, those facilities can make a big difference in economics and emissions nationwide.” 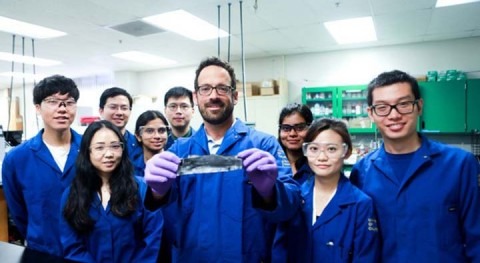