The recent floods in Pakistan have impacted most the disadvantaged population in the areas affected, and particularly women. This disproportionate impact is often seen when natural disasters hit, as a result of entrenched gender inequality, as Beenish Fatima explores in an article in The Express Tribune.

Gender dynamics impact the way men and women, boys and girls are affected by disasters and their capacity to recover from them. Looking at the gender dimensions of disaster risk and resilience, the World Bank concludes that not only can gender-differentiated impacts of disasters exacerbate gender inequality, but they can also worsen resilience to future disasters.

The UNDP is working to promote gender equality in disaster resilience, in response to statistics that indicate women and children are 14 times more likely than men to die in natural disasters. Besides tailoring the disaster response to the real needs of those affected, the root causes of why women are disproportionally impacted need to be addressed.

Pakistan is one of the worst-performing countries globally in terms of gender parity, and was ranked 145 out of 146 countries in the 2022 Global Gender Gap Report by the World Economic Forum. And yet, many people in Pakistan fail to acknowledge that this inequality exists, as there is a widespread notion that women are given “honour” within their homes.

As floods hit, some women would not be evacuated to safety because of cultural norms to protect that concept of “honour”, or because they are directly responsible for the care of children, sick or older family members. Furthermore, women face greater risks because they often lack timely information about imminent hazards, particularly in rural areas. Poverty and illiteracy, and limited access to communications technology such as radios and mobile phones also exacerbate their vulnerability. Gender inequality also results in greater exposure of women to disaster impacts in more subtle ways. For example, when women do not have access to bank accounts, they have their assets in a tangible form and so are at greater risk of losing them to disasters than men are.

In Pakistan, challenges caused by the recent floods have aggravated the condition of women. They face food shortages and water-borne diseases, while many pregnant women close to delivery do not have access to healthcare. Domestic violence is also exacerbated in post-disaster situations, whether they are sudden, such as floods, or slow-onset, such as droughts.

The impacts of severe hydrometeorological events are not gender neutral. This year International Women’s Day focused on achieving gender equality in the context of climate change, environmental and disaster risk reduction, recognising that the climate crisis amplifies gender inequalities and puts women’s lives and livelihoods at risk. A more gender-based approach to relief and restoration efforts is needed to address women’s vulnerability during disasters and work towards greater resilience. 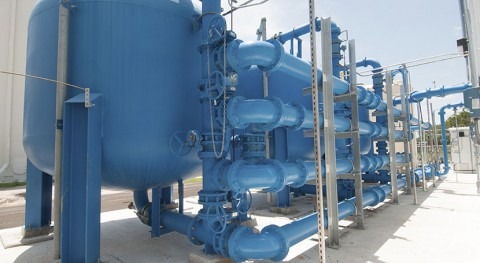