“Walk along the Bagmati river in the Nepalese capital, Kathmandu, and you are hit by a pervasive stench, underlining the fact that poor wastewater management worsens air pollution,” says Birguy Lamizana, a UN Environment specialist on wastewater and pollution.

“The other thing you notice is that it’s the poorest of the poor living along the banks of the river in makeshift shacks: the world over it’s usually the poorest people who are worst affected by pollution,”  she adds.

Kathmandu is not an isolated example of poor wastewater management. All big cities, especially those in developing countries with rapidly expanding populations, face similar problems.

Heavily polluted urban waterways emit toxic gases such as methane and nitrous oxide which are also greenhouse gases, and a recent global study found that concentrations of antibiotics in some of the world’s rivers exceed safe levels by up to 300 times.

No one wants pollution and there is growing awareness about the danger it poses. In September 2017, Member States of the United Nations adopted the report Towards a pollution-free planet.

“While the world has achieved significant economic growth over the past few decades, it has been accompanied by large amounts of pollution, with significant impacts on human health and ecosystems and the ways in which some of the major earth system processes, such as the climate, are functioning,” it says. 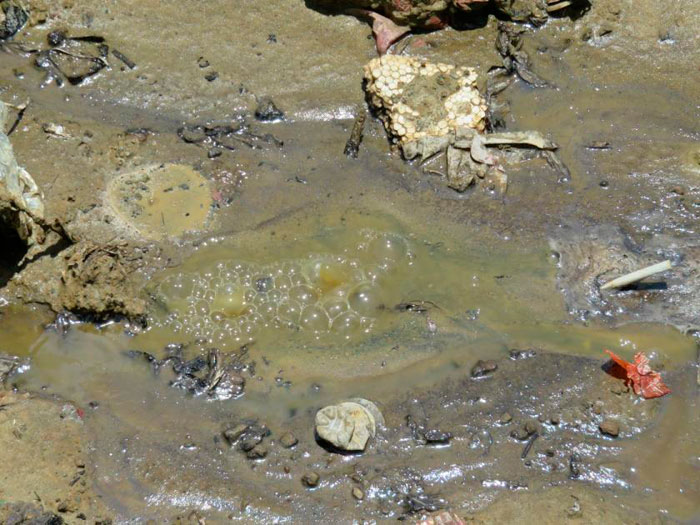 For example, 3.5 billion people depend on oceans as a source of food, yet oceans are used as waste and wastewater dumps.

On land, water laden with toxic chemicals from industry pollutes waterways but also the air we breathe. Likewise, fertilizers used in agriculture cause nutrient pollution in the form of run-off into rivers, lakes and wetlands. These ecosystems become polluted in the process, and cause air pollution. One of the consequences of nutrient pollution is algal blooms which suffocate fish and emit noxious gases. Furthermore, intensive livestock production produces high levels of methane. Chemicals used in mining also pollute water sources and the air. As land and ocean are interconnected, these pollutants, in one way or another, will reach groundwater, as well as the coast and the ocean.

“Unsustainable human activities, from farming and mining to industry and infrastructure, are undermining the productivity of vast areas of farmland, forests and other ecosystems across all continents. This degradation threatens food security, water supplies and the biodiversity upon which​ human development depends. It drives and is exacerbated by climate change. And it will put the Sustainable Development Goals out of reach unless it is urgently addressed,” says the UN Environment Programme policy brief A new deal for Nature – Restore the Degraded Planet.

The fourth United Nations Environment Assembly in March 2019 passed a resolution agreeing to “enhance the mainstreaming of the protection of coastal and marine ecosystems in policies, particularly those addressing environmental threats caused by increased nutrients, wastewater, marine litter and microplastics, in support of the 2030 Agenda for Sustainable Development…”

High dependence on a limited resource

Humans are critically dependent on clean freshwater for drinking, cooking and for use in agriculture and industry. Only about 2.5 per cent of all the water on Earth is freshwater. And of this freshwater only about 1.2 per cent is readily available as surface freshwater—the rest is groundwater or locked up in glaciers and ice caps. So, when surface freshwater gets polluted we’re in trouble.

Even when groundwater gets polluted, we are also in trouble, as many countries use groundwater for irrigation. And yet, over 80 per cent of the world's wastewater is released to the environment without treatment.

“There are many measures that can be taken to address pollution,” says Lamizana. “The objective is to select the key measures that can bring most benefits across pollution dimensions (i.e. air, water, soil/land, marine and coastal) and across sectors (e.g. agriculture/food security, industry, transportation, residential, extractive), using a life-cycle approach.”

“One of the top priorities for many countries are Sustainable Development Goals 1 and 2—No Poverty and Zero Hunger,” says Lamizana. “Improvements to wastewater management in developing countries can pay enormous dividends in terms of the health and well-being of the world’s poorest people, for example, the more than 800 million who are undernourished.”

UN Environment and partners are helping countries identify a manageable number of cost-effective measures to reduce wastewater pollution and make a better case for their adoption and enforcement. But reliable, consistent and trustworthy data sources are needed. 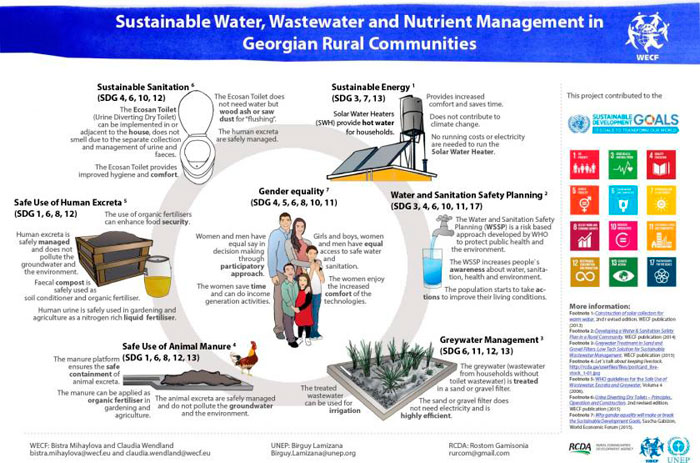 Reducing the pollution of the Black Sea by introducing sustainable wastewater and nutrient management in rural Georgian communities, a 2014-2016 project by Women Engage for a Common Future, funded by UN Environment and in partnership with the Rural Communities Development Agency in Georgia.

“We need more and better-quality data to assess the status and impact of wastewater pollution, and capacity-building support needs to be provided to countries to improve their ability to develop national statistical systems and use pollution-related statistics to better manage and monitor their water, soil and air quality,” says Lamizana. 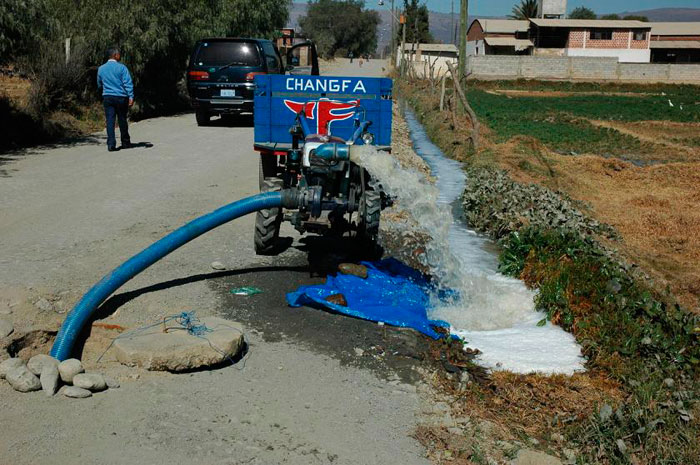 In developing countries polluted wastewater is often used to irrigate vegetables. This picture was taken in Bolivia. Photo by Flickr 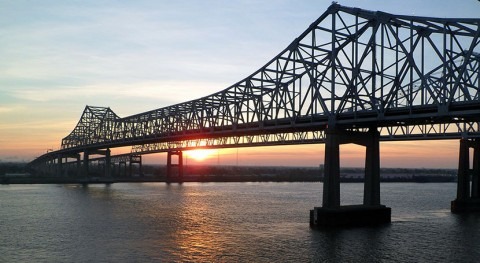