Researchers have observed extremely high rates of melting at the bottom of the Greenland Ice Sheet, caused by huge quantities of meltwater falling from the surface to the base. As the meltwater falls, energy is converted into heat in a process like the hydroelectric power generated by large dams.

An international team of scientists, led by the University of Cambridge, found that the effect of meltwater descending from the surface of the ice sheet to the bed—a kilometer or more below—is by far the largest heat source beneath the world's second-largest ice sheet, leading to phenomenally high rates of melting at its base.

The lubricating effect of meltwater has a strong effect on the movement of glaciers and the quantity of ice discharged into the ocean, but directly measuring conditions beneath a kilometer of ice is a challenge, especially in Greenland where glaciers are among the world's fastest moving.

With ice losses tied to both melting and discharge, the Greenland Ice Sheet is now the largest single contributor to global sea level rise

Now, in a study published in the Proceedings of the National Academy of Sciences, the Cambridge-led team has found that the gravitational energy of meltwater forming at the surface is converted to heat when it is transferred to the base through large cracks in the ice.

Each summer, thousands of meltwater lakes and streams form on the surface of the Greenland Ice Sheet as temperatures rise and daily sunlight increases. Many of these lakes quickly drain to the bottom of the ice sheet, falling through cracks and large fractures which form in the ice. With a continued supply of water from streams and rivers, connections between surface and bed often remain open. 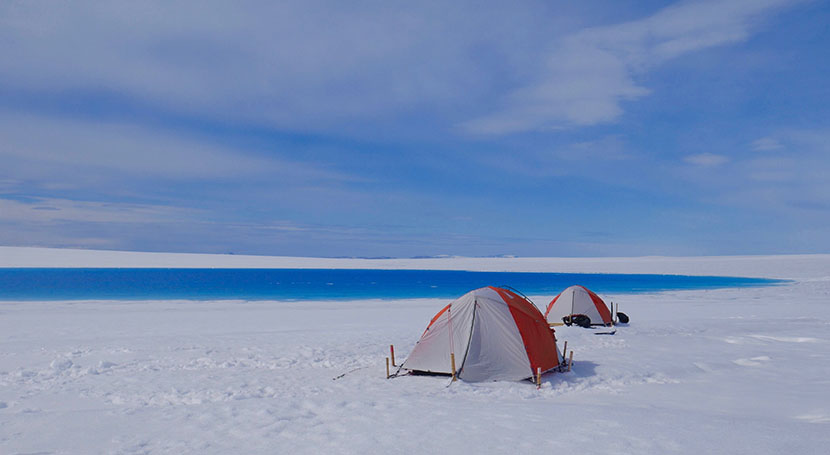 As part of the EU-funded RESPONDER project, Professor Poul Christoffersen from Cambridge's Scott Polar Research Institute has been studying these meltwater lakes, how and why they drain so quickly, and the effect that they have on the overall behavior of the ice sheet as global temperatures continue to rise.

The current work, which includes researchers from Aberystwyth University, is the culmination of a seven-year study focused on Store Glacier, one of the largest outlets from the Greenland Ice Sheet.

"When studying basal melting of ice sheets and glaciers, we look at sources of heat like friction, geothermal energy, latent heat released where water freezes and heat losses into the ice above," said Christoffersen. "But what we hadn't really looked at was the heat generated by the draining meltwater itself. There's a lot of gravitational energy stored in the water that forms on the surface and when it falls, the energy has to go somewhere."

"We weren't sure that the technique would also work on a fast-flowing glacier in Greenland," said first author Dr. Tun Jan Young, who installed the radar system on Store Glacier as part of his Ph.D. at Cambridge. "Compared to Antarctica, the ice deforms really fast and there is a lot of meltwater in summer, which complicates the work."

The basal melt rates observed with radar were often as high as the melt rates measured on the surface with a weather station: however, the surface receives energy from the sun while the base does not. To explain the results, the Cambridge researchers teamed up with scientists at the University of California Santa Cruz and the Geological Survey of Denmark and Greenland. 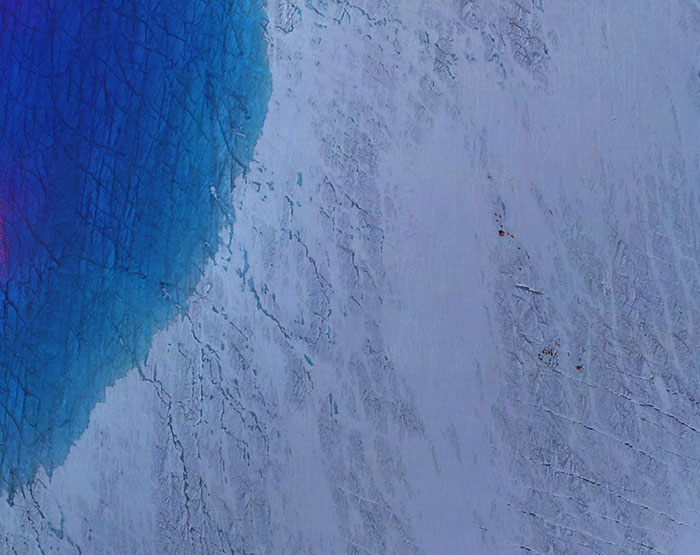 The researchers calculated that as much as 82 million cubic meters of meltwater was transferred to the bed of Store Glacier every day during the summer of 2014. They estimate the power produced by the falling water during peak melt periods was comparable to the power produced by the Three Gorges Dam in China, the world's largest hydroelectric power station. With a melt area that expands to nearly a million square kilometers at the height of summer, the Greenland Ice Sheet produces more hydropower than the world's ten largest hydroelectric power stations combined.

"Given what we are witnessing at the high latitudes in terms of climate change, this form of hydropower could easily double or triple, and we're still not even including these numbers when we estimate the ice sheet's contribution to sea level rise," said Christoffersen.

To verify the high basal melt rates recorded by the radar system, the team integrated independent temperature measurements from sensors installed in a nearby borehole. At the base, they found the temperature of water to be as high as +0.88 degrees Celsius, which is unexpectedly warm for an ice sheet base with a melting point of -0.40 degrees.

"The borehole observations confirmed that the meltwater heats up when it hits the bed," said Christoffersen. "The reason is that the basal drainage system is a lot less efficient than the fractures and conduits that bring the water through the ice. The reduced drainage efficiency causes frictional heating within the water itself. When we took this heat source out of our calculations, the theoretical melt rate estimates were a full two orders of magnitude out. The heat generated by the falling water is melting the ice from the bottom up, and the melt rate we are reporting is completely unprecedented."

The study presents the first concrete evidence of an ice-sheet mass-loss mechanism, which is not yet included in projections of global sea level rise. While the high melt rates are specific to heat produced in subglacial drainage paths carrying surface water, the volume of surface water produced in Greenland is huge and growing, and nearly all of it drains to the bed.