General454
University of Malta
UM is composed of fourteen faculties, a number of interdisciplinary institutes and centres, three schools and a junior college. Besides the main campus, situated at Msida, there are three other campuses: Valletta, Marsaxlokk, Gozo.
TwitterFacebookLinkedInYoutubeWeb

An international team of scientists has reported strong indications of freshened groundwater offshore the coastline between Valletta and Marsascala, in the south-east of Malta.

This discovery is based on an oceanographic expedition carried out in 2018.

These observations indicate that freshened groundwater occurs as an isolated body hosted in Globigerina Limestone located 3 km away from the coast.

Numerical modelling, on the other hand, suggests that a second offshore groundwater body may exist within 1 km of the Maltese coastline, and that the bulk of the groundwater was deposited 20,000 years ago when sea-level was lower than today.

There are a number of important implications associated with this discovery.

Offshore freshened groundwater may constitute a new, unconventional source of potable water that should be considered in future national water management strategies for the Maltese Islands.

The occurrence of freshened groundwater offshore a dry, limestone coastline such as the Maltese one bodes well for similar settings in the Mediterranean region that are suffering from water scarcity. On the other hand, the exploitation of the Maltese offshore groundwater system is likely unsustainable, because it is not being actively recharged, and pumping rates are likely to be low.

The study, which is a product of the MARCAN project, has now been published in the international journal Geophysical Research Letters and may be read online.

The team involved in this study includes scientists from Malta, Germany, Spain and Italy. 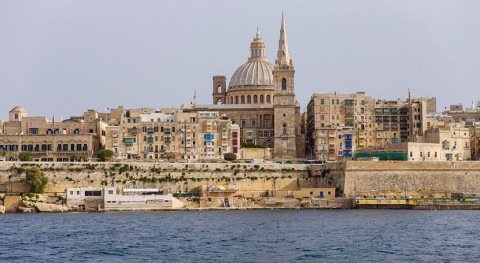