Awaiting the monsoon of life

General3
We Are Water Foundation
We are a non-profit organisation, set up in 2010 with the aim of contributing to the resolution of problems derived from the lack of water and sanitation in the world.
TwitterFacebookYoutubeWeb

In India, millions of farmers await a rainy summer in order to survive. From June to September the country lives on the lookout for a monsoon that is more necessary than ever after last year´s disastrous drought. The farming sector looks towards India as a reference point in the fight against an aridity that threatens to devour the life of the poorest. 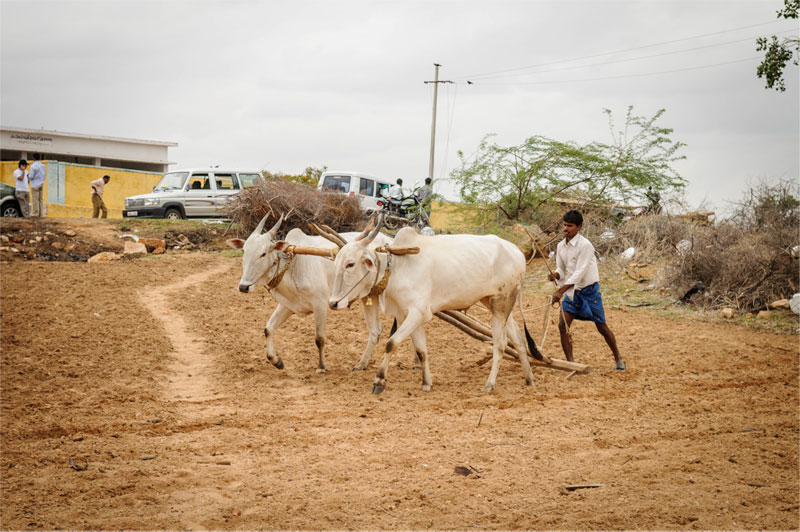 Indian farmers look at the sky full of hope. The monsoon season, which extends from June to September, will be decisive for the subsistence of over 330 million farmers (half of the population in Europe) who last year suffered the worst drought registered in the country since the end of the nineteenth century. According to the India Meteorological Department (IMD), monsoons will reach 98% of the average this season, although some forecasts assure they will exceed it. These are encouraging data for a thirsty region, especially in the centre and south of the country, where the most decisive factor for the farming and cattle subsistence is the distribution of rainfall rather than its amount.

An unbearable pressure for farmers

It was 140 years ago that India experienced such an intense drought as the one in 2016. What is worse is that this bad year has followed a period of rainfall that was well below the average, with devastating effects. This has caused the ruin of many farmers who, plagued by debts, have been forced to sell their land at a loss and to migrate to the large cities, where most of them have ended up in overcrowded slums lacking the minimum conditions for a dignified life.

Most of the money from credits and loans was used to buy water that has proved to be insufficient to alleviate the damage in the crops and the investment has been wasted. Many of them have not been able to cope with it and have taken their lives: in the last three decades, 300.000 farmers across the country have committed suicide after losing everything.

In India arable land reaches approximately 183 million hectares, over 55% of the total surface of the country. This land absorbs 91% of the total water extracted in the country, well over the world average, which is 69%. The areas needing more water are the ones with a dry and semiarid subtropical climate, the ones in the centre, southeast and northeast. Over there the lack of rainfall is added to the over-exploitation of aquifers causing the descent of the water table to a depth of over 26 metres on average, out of reach of the pumps most of the farmers have.

Irreversible damage to many crops

The decrease in precipitation of the 2016 summer monsoon has ranged between 14 and 40%. This last rate was registered at the Maharashtra state, located in the centre-west of the country, creating a devastating situation for the rice and millet crops, which are the ones that depend the most on monsoon rains, as well as the livestock feed. The country´s government has reacted and is currently sending aid to the affected areas, mainly trains loaded with millions of litres of water.

One of the areas that clearly shows the dramatic situation experienced by farmers is the Anantapur district, in the state of Andhra Pradesh, where over half of its surface is devoted to agriculture and only 14% of the crops have some kind of irrigation system. Anantapur is the second district in India that receives less rain, 553 mm on average every year, and 70% of it concentrates in the monsoon season. 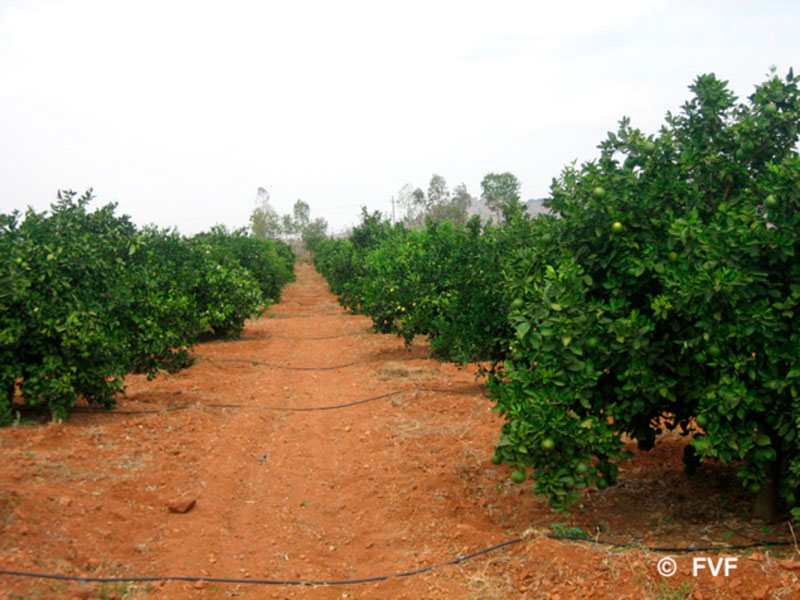 In Anantapur, the drought in the last few years has wreaked havoc: 40 % of the wells used for farming have dried up and the farmers watch helplessly as the level of groundwater drops every year. There is less and less water available and the damage to vital crops is already irreversible. This is the case of the mango tree, which has replaced peanuts in many areas of the district. Ramamurthy, an ecology technician at the Fundación Vicente Ferrer states the havoc wrought by drought in the small village of Buchaiahgaripalli: “The worst drought in the last century has killed 10,000 of the 35,000 mango trees of the village, and the remaining ones, although still alive, have spent years without bearing fruit due to the lack of water”.

A mango tree needs 210 litres of water three times per month and the Vicente Ferrer Foundation provides 5,000 litre water tanks daily to alleviate its lack both for human use and for farming. But it is also necessary to reduce to the minimum the losses of water in the irrigation systems; in this sense, the implementation of drip irrigation techniques, such as the ones developed in the projects carried out by the We Are Water Foundation in collaboration with the Vicente Ferrer Foundation, are an essential factor to make the most of every litre of water.

But this contribution continues to be insufficient to avoid one of the worst consequences of the economic ruin of this terrible drought: the migration to cities, a process that destroys the dignity of farmers, who are obliged to live in slums, losing their cultural roots and suffering the consequences of the lack of sanitation, one of the most important problems India is now facing.

Water and empowerment for farmers​ 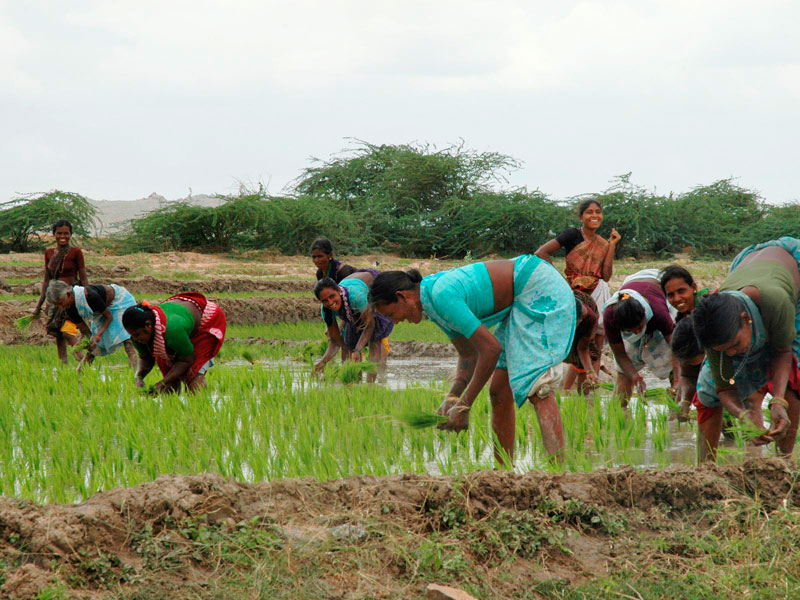 It is vital to act by providing infrastructures for the collection of water and by providing farmers with techniques and knowledge that will allow them to fight the drought. Above all, if the forecasts of climatologists, which indicate that the needed summer rains will decrease and their irregularity will increase in the future due to climate change, prove to be true. 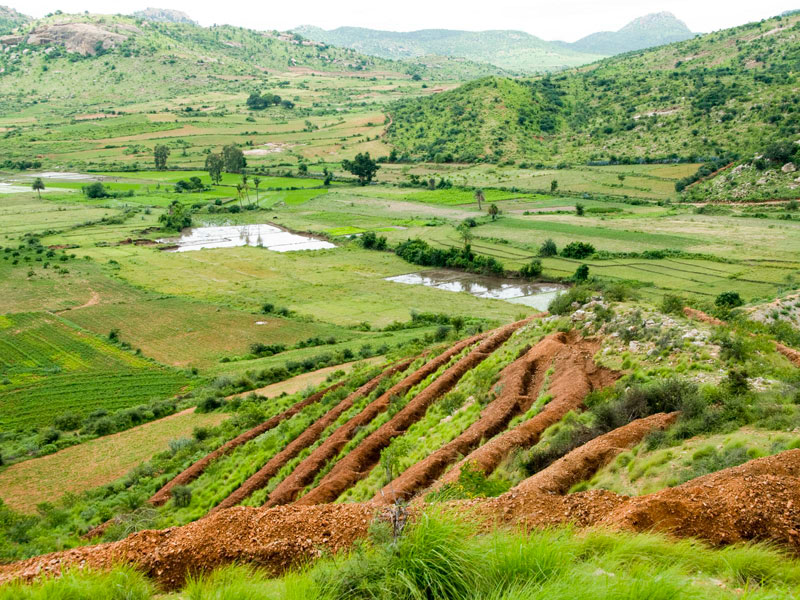 The We Are Water Foundation collaborates with the Vicente Ferrer Foundation in the joint development of projects that show some of the guidelines the rural India will need to follow in order to adapt to the uncertainty of monsoons: the collection of rainwater and the recovery of aquifers by means of the construction of adequate infrastructures is essential for farmers and cattle breeders, as well as the reduction of the water consumption and the increase in the efficiency of crops by implementing drip irrigation systems with solar powered pumps. 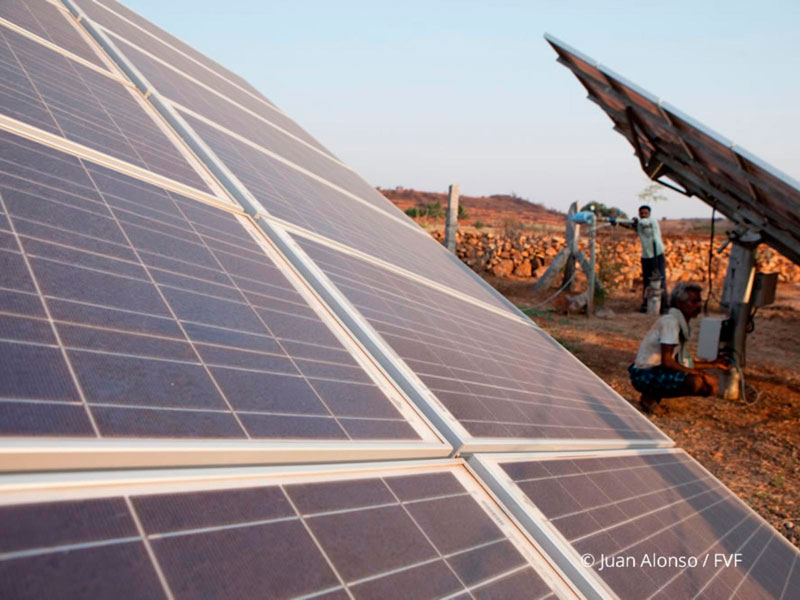 It is not possible to glimpse the sustainability of any project without taking into account these key factors. The agricultural world looks towards India as a reference point: its fight against drought delivers hope and will provide solutions to millions of farmers that struggle in aridity.