In addition to their roles as carbon sinks, forests are a decisive element for climate regulation and the maintenance of the water cycle and they are the main obstacle to desertification. The eradication of the poverty of its inhabitants is the first step to preserve this plant mass, essential to win our fight against climate change.

Deforestation is the process that destroys the forest area on Earth. It is mainly caused by human action and it is one of the many trigger events of desertification, something which, according to FAO, directly affects around 250 million people and threatens around 1 billion people located in risk areas. These areas are scattered across more than one hundred countries, most of them developing ones, which fight to obtain full access to water and food safety. In 2015, according to FAO, forests still covered 30% of the surface of the Earth, a mass of life that is seriously threatened, as 13 million hectares of forest disappear every year and the land degradation affects 70% of all dry land, around 3.6 billion hectares.

As shown in the short film, this degradation is mainly due to the cutting down and burning carried out by the wood industry or due to land obtainment for farming and stockbreeding. The most recent analysis carried out in Colombia shows that over 120,000 hectares of forest were lost in 2015 and although the pace is slowing down, the process continues and the country, like all the ones located in the tropical belt, is far from reaching “zero deforestation.” 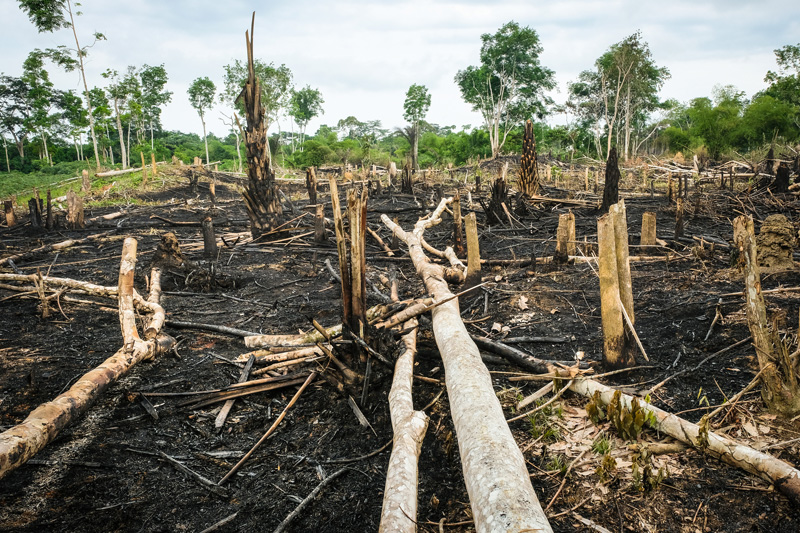 The hydrological significance of forests

The best known function of forests is the absorption of the atmospheric CO2. The photosynthesis carried out by large masses of vegetation, especially those which are biologically young, is an important element in the absorption of CO2, the most important gas that causes the global warming of the atmosphere. This acknowledgement led all experts gathered at the signing of the Kyoto Protocol to coin the term “carbon sink” to refer to those ecosystems that help reduce the high and increasing concentration of CO2 in the air.

During the last decades, biologists have discovered important data to understand the process through which plants absorb CO2 from the atmosphere, store part of the carbon and return oxygen to the air. One of the discoveries is that temperate forests are the ones that absorb more CO2, while the tropical ones often keep a balance between the absorbed and the released CO2. This is why the fight against deforestation is so important to mitigate climate change.

However, during the last few decades, science has studied in depth the importance of forests in climatology and hydrology, aspects that are also essential for the balance of the planet. Forests filter and clean water, dampen the water runoff caused by heavy rainfall, which would otherwise erode the soil, and avoid the displacement of the river banks when flooding occurs. Forest soil absorbs four times more rainwater than soil covered by pasture and 18 times more than soil with no vegetation. Forest soil therefore contributes to the reduction of the risk of water-related disasters, such as earth slides and flooding. 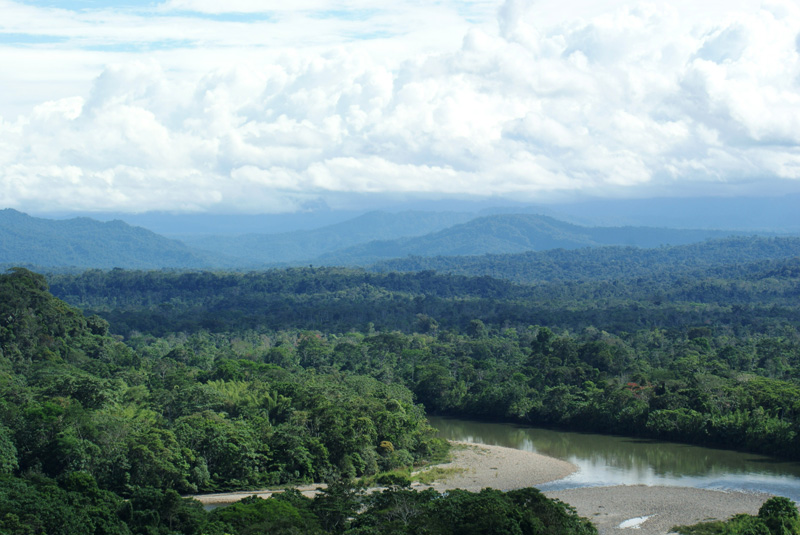 For this reason, biologists often compare forests with sponges when they describe their role in the water cycle, as they are able to store large amounts of water and release it through the leaves of plants. They calculate that a 30-metre tree can emit on average over 3,000 liters of water as steam. We can therefore understand the importance of the microclimate created by forests, as they often act as a barrier against the advance of desertification and they are a key element in the climate balance of the Earth.

Forests also play a key role to facilitate the access to water in areas where this is difficult to achieve. According to an analysis carried out by FAO, the forests in the Uluguru Mountains, for instance, supply drinking water to the 2.5 million inhabitants of the city of Dar es Salaam, the capital of Tanzania. Similar processes can be found in cities such as Quito, in Ecuador, and Mexico City, which obtain most of the drinking water from mountain forests.

Forests also help avoid extreme meteorological phenomena and climate change, but they are vulnerable to global warming. The decrease or the changes in rainfall should be taken into account when managing the forest mass of the planet and it is one of the key goals in the fight against desertification.

Poverty, a degradation factor for forests

There are many motives for indiscriminate logging, but most of them are related to the subsistence needs of farmers. They cut down forests to obtain more land for farming or grazing. As we can see in the short film, the inhabitants of the forest are obliged to work for logging companies that implement the monoculture of species that are profitable in the short term but harm biodiversity and end up degrading the forest.

In 1994, the evidence of the advance of desertification was so great that United Nations declared the 17th June the World Day to Combat Desertification and Drought with the aim of raising global awareness of a harm that propagates alarmingly and Goal 15 of the Sustainable Development Goals (SDG) directly refers to this serious threat.

Different projects of the We Are Water Foundation focus on the need of fighting against deforestation with sustainable methods. One of the projects that summarizes and clearly shows these actions is the one completed by the We Are Water Foundation in Anantapur, in the Indian state of Andhra Pradesh in 2011, in collaboration with the Fundación Vicente Ferrer: the construction of a reservoir in Ganjikunta. In an area threatened by desertification and subject to the climate whims of monsoons, the collection of rain water in small reservoirs allows farmers to diversify their crops, to maintain the access to water in the long periods of drought and to recover the aquifers by filtration, thus providing water to the wells in the area and improving reforestation. 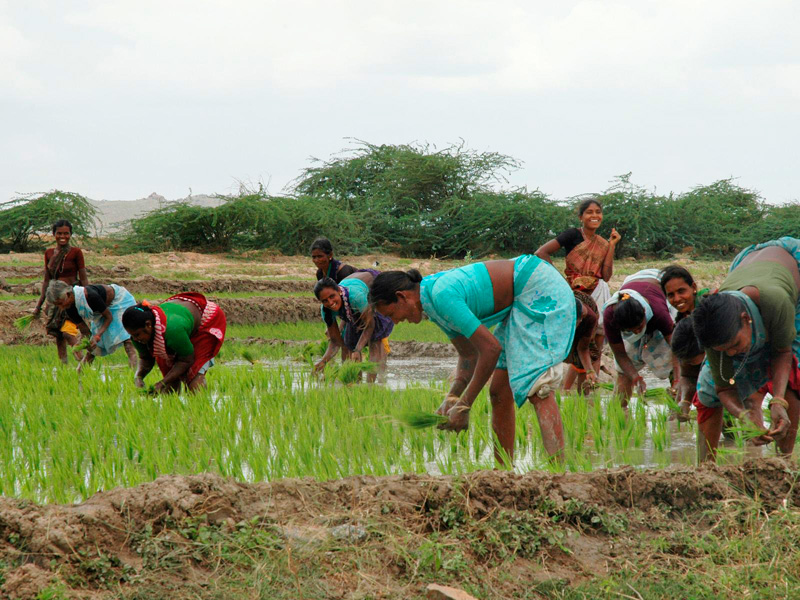 Another project of the Foundation that shows how to find solutions in communities threatened by the degradation of fertile soil is the one that retrieves the water cycle in the Bosawas Reserve, in Nicaragua. Education is one of the key lines of work in the recovery of traditional farming and cattle breeding to achieve the sustainability of the economic activity. Over there, together with Educo, the Foundation developed and applied an educational program for the mayangna indigenous community with the aim of slowing down deforestation while at the same time promoting intercultural relations and gender rights.

The best guarantee to save the world´s forests is the eradication of poverty and the cultural empowerment of farmers. If we achieve this, nature will do the rest.