What is the widest river in the world? 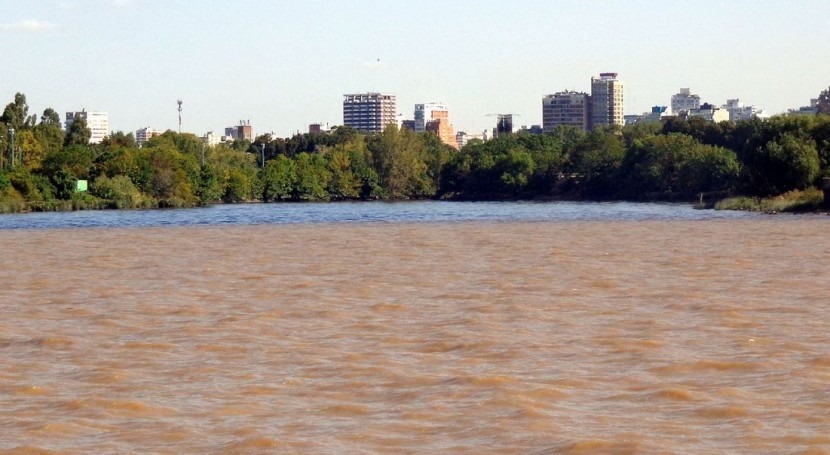 The Río de la Plata, or River Plate, in Argentina, is the widest river in the world.

The Río de la Plata is a large estuary or bay in the Southern Cone of the American continent, formed by the confluence of the Uruguay and the Paraná rivers, that empties into the Atlantic Ocean.

The Río de la Plata has the shape of a 325 kilometres long triangle, forming part of the border between Argentina and Uruguay.

It flows in a north-west to south-east direction, emptying into the Atlantic Ocean water from its drainage basin plus the basins of its tributaries, draining in total about 3,250,000 square kilometres.

The Río de la Plata is considered by some geographers as a gulf or a marginal sea of the Atlantic Ocean. If considered a river, it would be the widest in the world, with a maximum width of 221 kilometres.

The Río de la Plata has a large basin that drains the water from the Paraná, Paraguay and Uruguay rivers, their tributaries and several wetlands, such as the Pantanal, Esteros del Iberá and Bañado la Estrella.

It has the second largest drainage basin in South America, after the Amazon basin. Its main ports are Buenos Aires, in Argentina, on the south margin, and Montevideo, in Uruguay, on the north margin.

As a curiosity, the first name given to Río de la Plata was Jordan River, by Américo Vespucio.

It is also considered to be one of the most polluted rivers in the world, due to discharges of untreated sewage and industrial waste waters.