The 2017 California floods saw the Oroville dam overflowing, while elsewhere in California excess water became a sight not often seen in this arid part of the western United States.

That is the case of the ‘Morning Glory Hole’ or simply, the ‘Glory Hole’, as it is known locally, which became active for the first time in 10 years in February 2017. Two years later in February 2019, after a series of storms hit northern California, the epic sight returned to Lake Berryessa. This singular drainage system shaped like a funnel is located in the Monticello Dam, built between 1953 and 1957 in the Berryessa Valley, in Napa Country. 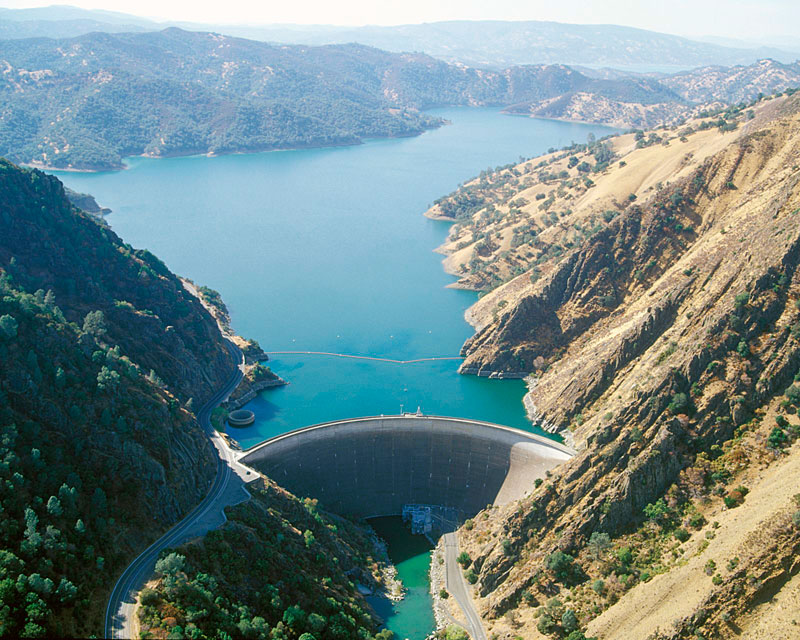 The 'Glory Hole' is a concrete spillway shaped like a pipe that looks like the drain of a giant bath tub. Its dimensions leave no room for doubt: the diameter is 22 metres, and water spills over its lip when the reservoir elevation reaches 134 metres.​​ 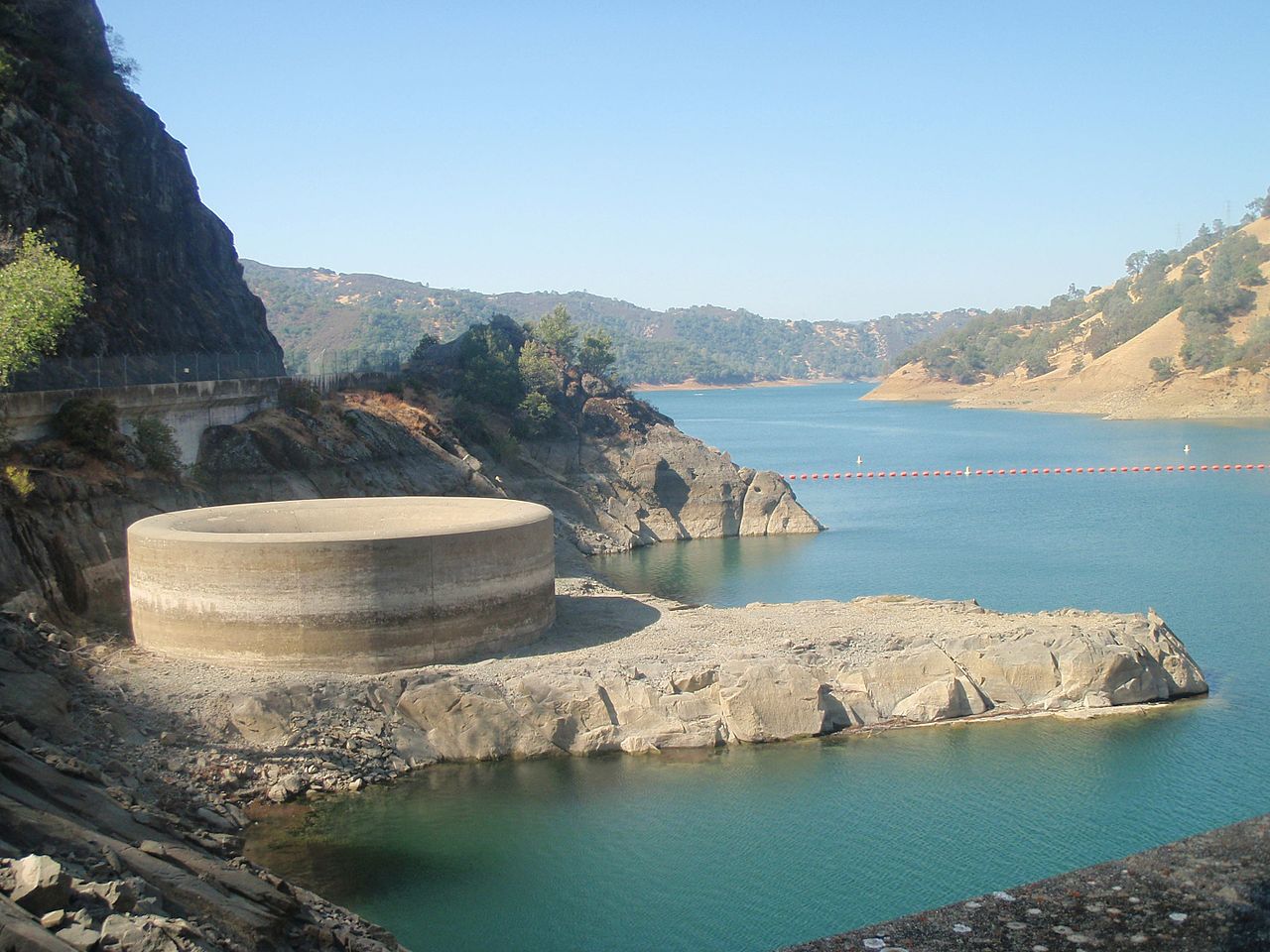 The 'Glory Hole' with the usual water level (Wikipedia/CC). 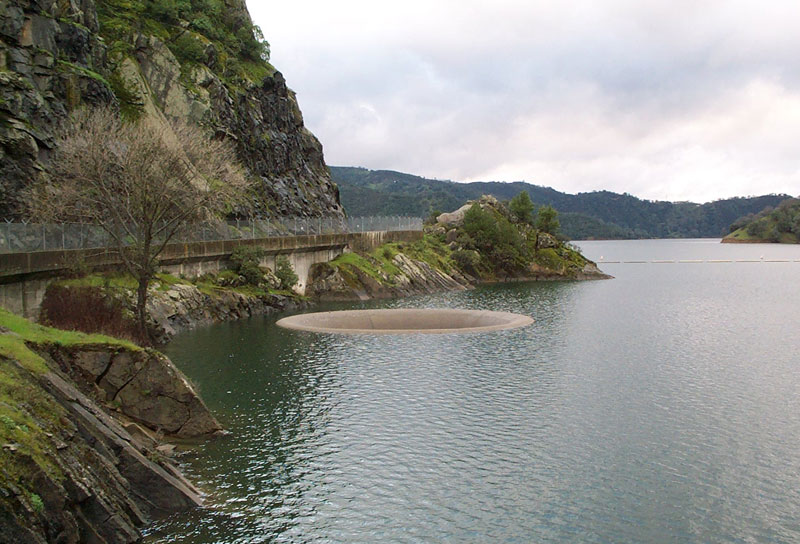 The spillway close to the limit (Wikipedia/CC).

The spillway had not been active since May 18th, 2006. In February of 2017, and again in that same month in 2019, the water level was so high that Lake Berryessa started to spill through the 'Glory Hole'.​ 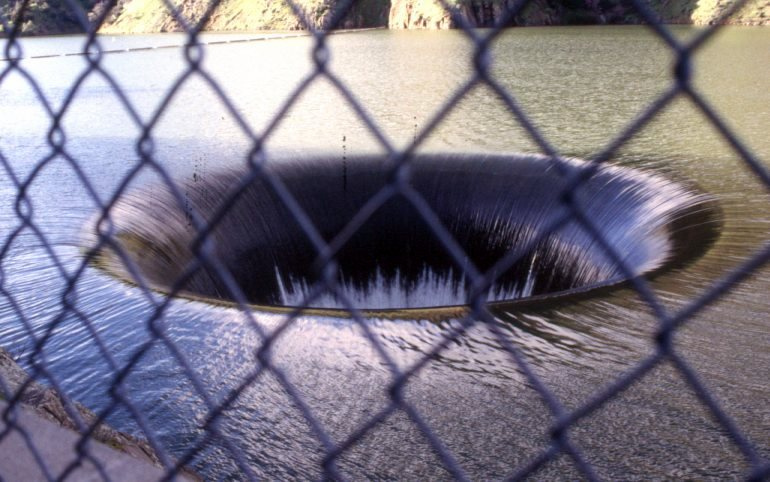 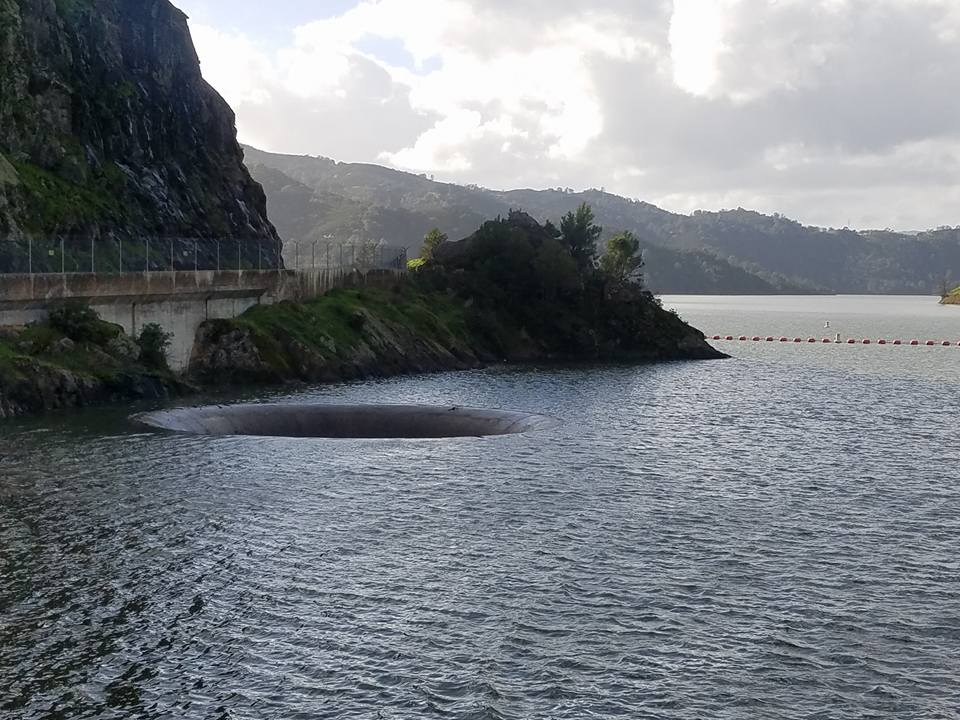 It is not the only spillway shaped like a bell in the world. In fact, this type of spillway is known as 'morning glory' after the flower by the same name,  a herbaceous climbing plant that blooms in the morning and dies by the end of day.

Some of the best known are those in the Harriman Dam (Vermont, United States). 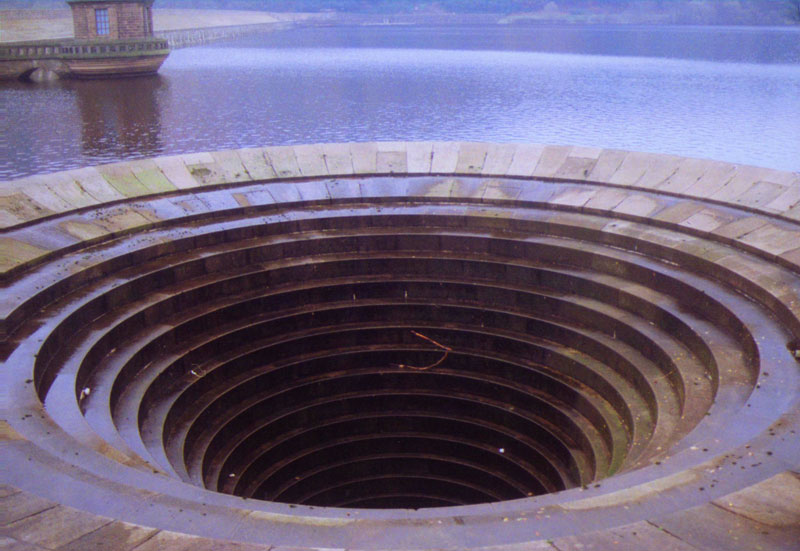 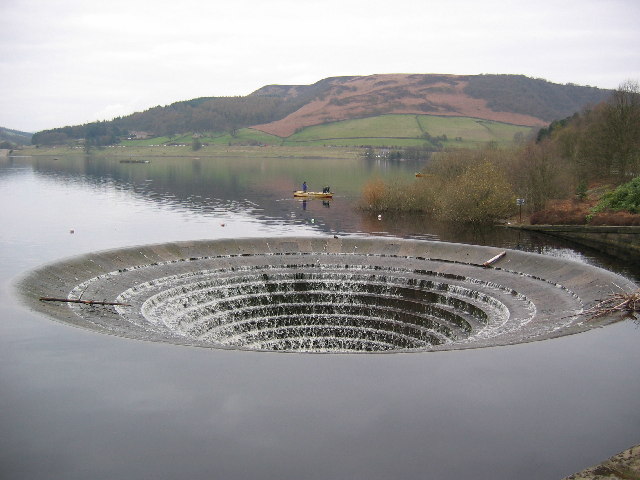 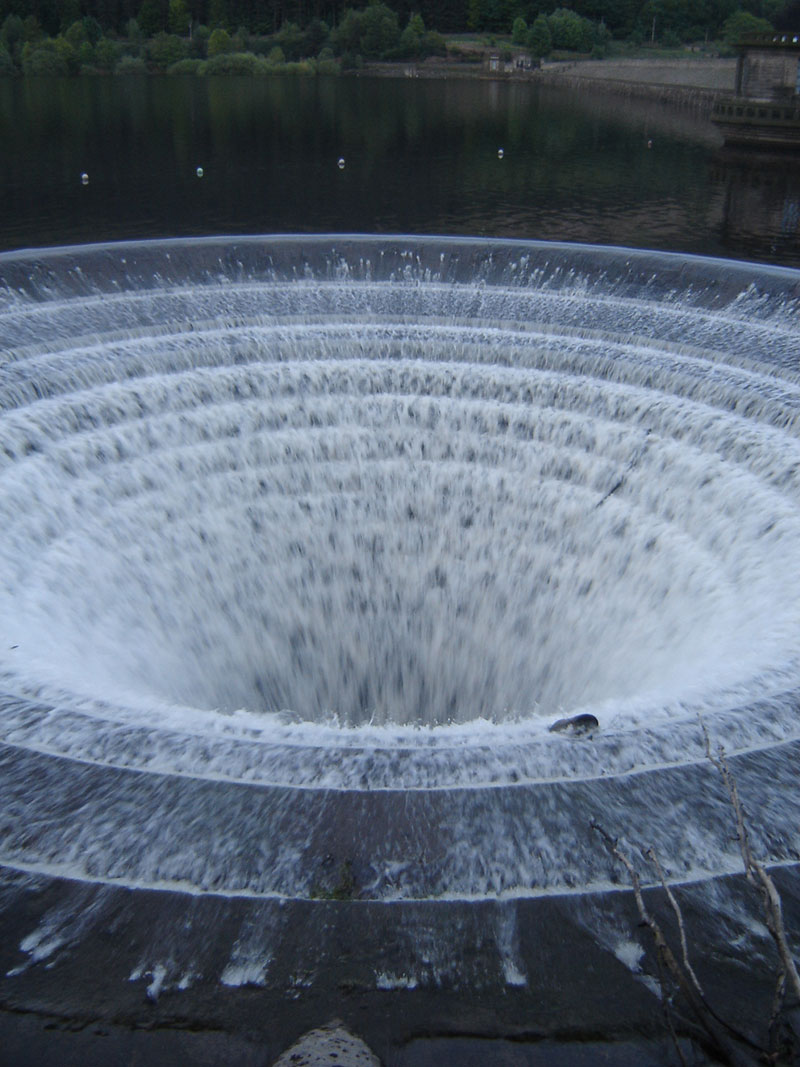 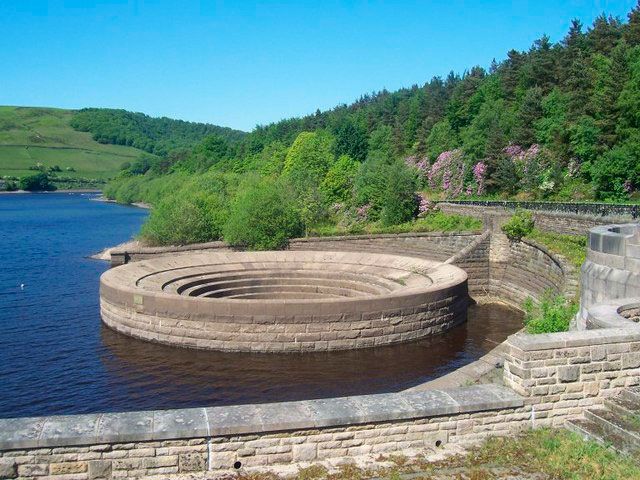 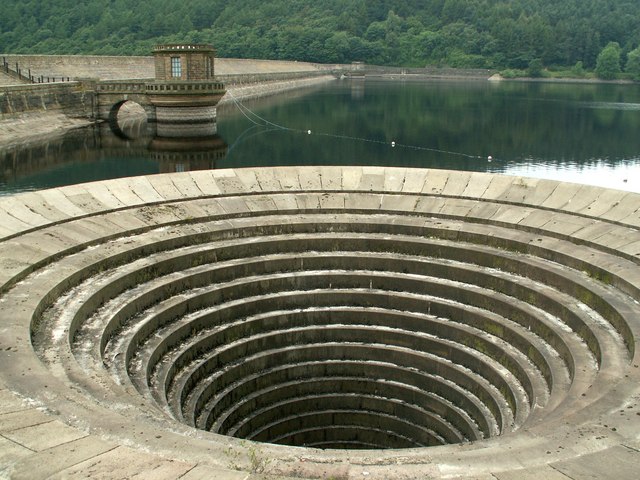 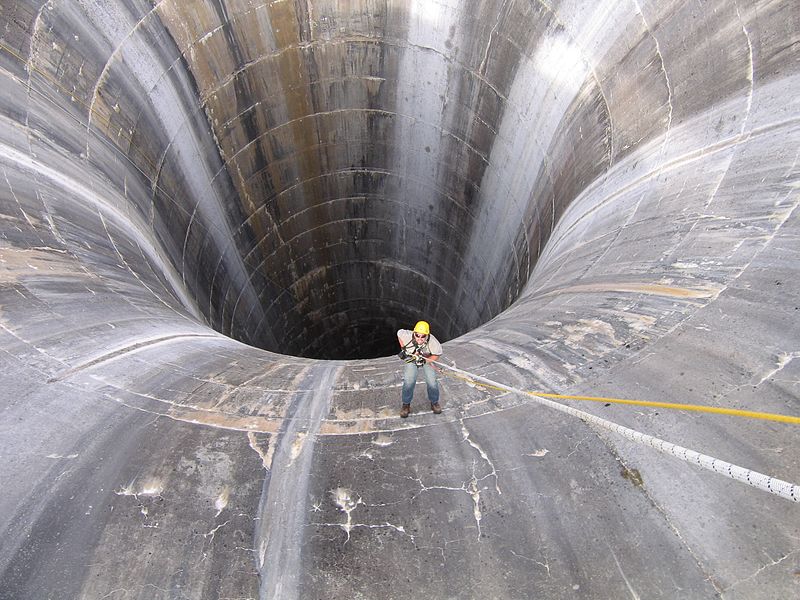 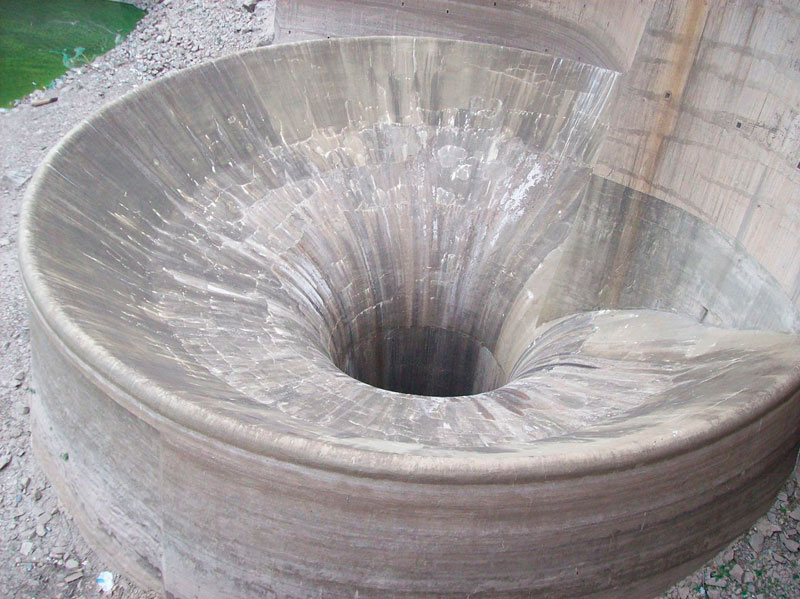 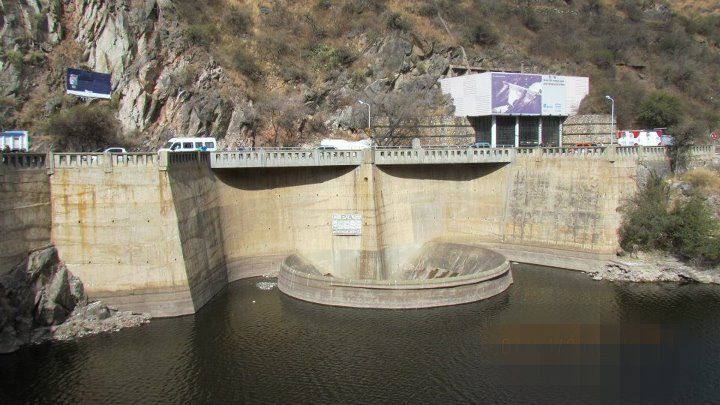 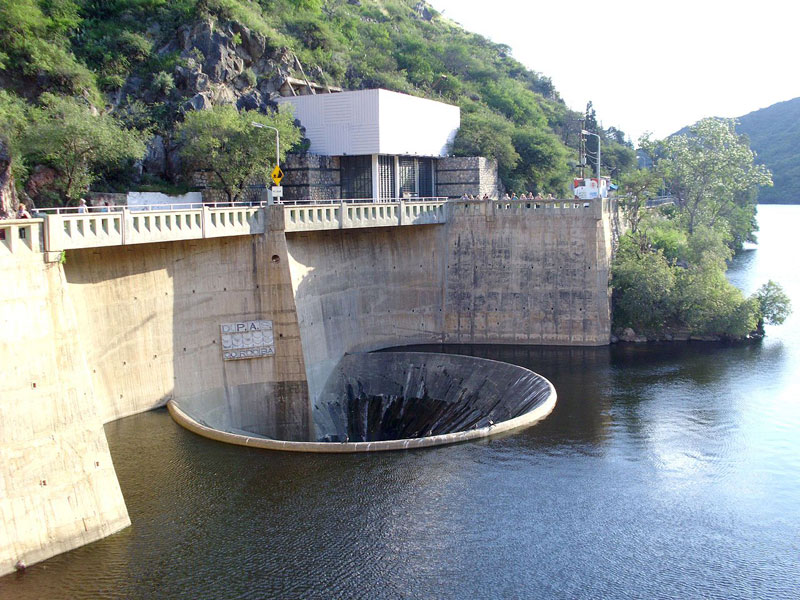 (All images are from Wikipedia)