Destroying Nigeria’s riverside forests is bad for the freshwater ecosystem

Emmanuel O. Akindele
I am a limnologist and Senior Lecturer at the Obafemi Awolowo University, Ile-Ife, Nigeria. I have had the privilege of attending some some professional training courses in conservation in the UK, USA and the Netherlands.
web

Nigeria’s population growth – at a rate of more than 2.5% a year – is indirectly driving all kinds of environmental degradation. There is an incessant demand for more space for people to live in and use. One of the consequences is the destruction of forests. Forests that are close to water, known as riparian forests, tend to be most vulnerable.

Access to a watercourse has often informed the choice of human settlement or activity. Needing a year-long supply of water for their crops, farmers often convert riparian forests to agricultural lands. In many cases, especially in the dry season, such farmlands encroach almost into the waterways.

Other kinds of business also need a source of water. In Nigeria, car-wash centres are often sited along rivers and streams where forests once existed. Block-making operations, too, are often situated close to waterways.

The rapid decline in freshwater biodiversity has been attributed to deforestation of riparian corridors and human activities where there were once forests.

This is because riparian forests are the link between aquatic and terrestrial ecosystems.

My research group recently investigated a Nigerian stream, Opa Stream, Ile-Ife, whose riparian corridor had been deforested. We found a worrying level of heavy metal pollution in the water. This is probably the result of human activities and related to the loss of forest.

The deforestation of riparian corridor comes with two major impacts. First is the loss of ecosystem services, which leads to the poor health of adjacent freshwater ecosystems. Second is the negative impact on freshwater systems of human activities that take place on land converted from forest. Vegetation would mitigate heavy metal pollution because its presence means no agricultural or industrial activity on the riparian corridor. It also reduces the amount of run-off into freshwater systems, thus reducing the amount of human-generated pollutants.

A most noticeable impact is the release of persistent bio-accumulative toxicants to adjacent waters. These toxicants include heavy metals and organo-metal compounds, which accumulate in animal tissues at higher concentrations along the food chain.

My research group found five heavy metals – lead, cadmium, iron, arsenic and copper – exceeding their freshwater recommended limits in the stream we studied. We also found a strong linkage for concentrations of lead, copper and arsenic between the water column and the stream bed. This suggests that the entire freshwater system was contaminated with the metals and all the resident organisms were predisposed to contamination on account of the metals.

In this case, the heavy metal concentration is due to car-wash activities and block-making industries on the riparian corridor.

The use of pesticides on subsistence and commercial farms too contributed. Cadmium concentration was particularly high in water and sediment samples. High concentration of cadmium is another consequence of agricultural practice on the riparian corridor and it has varied level of toxicity among aquatic animals.

We do not have baseline data on this, but concentrations of these metals could have been heightened by prevalent activities on the riparian corridor.

It’s important to conserve pristine or near-pristine tropical freshwater systems and restore the degraded ones. A good way to start would be by conserving or restoring the health of riparian forests, since this often determines the health of their adjacent water-bodies.

Riparian forests are an inseparable part of freshwater ecosystems, and should be protected by relevant government authorities at local, state and national levels.

People often think about what they can get from nature. They think of food, water, shelter and economic gain – but they don’t always think of the many ecosystem services they get that are less obvious. Human existence hinges on the visible and hidden ecosystem services of nature, including riparian forest and freshwater ecosystems.

This is why individuals, local communities and governments should do more to check the rate of human encroachment on riparian corridors. More effort is also needed to reclaim and reforest these areas.

Nigeria’s pristine freshwater ecosystems need protection before they are lost 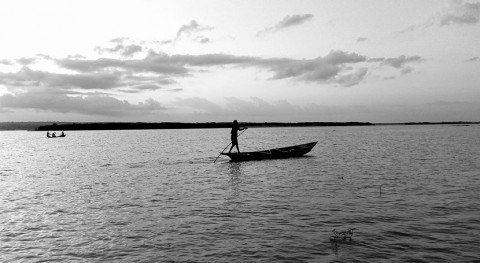 Why microplastics found in Nigeria’s freshwaters raise a red flag