Tropical Storm Ida recently left a path of devastation across the US, capping a summer beset by wildfires, heatwaves and floods which broke records around the world. The inevitable question after each of these extreme weather events is the same: to what extent did climate change make it worse?

This is normally where the science of extreme event attribution steps in and identifies whether and to what extent human-caused climate change altered the likelihood and intensity of the event. Event attribution studies have delivered clearer results partly as the methods and models that scientists use have improved, but mostly because the signal of climate change is becoming clearer with every extra tonne of carbon dioxide emitted into the atmosphere.

The added value of attribution science is taking the default answer of climate scientists – that extreme events are something we expect to see more of in a warmer world – and wrapping numbers around these changes. Attribution studies can provide detailed information on how much climate change has already influenced extreme weather and what that might mean for future warming. This helps government leaders understand whether recent disasters are a harbinger of what is to come and to what degree past efforts of minimising risks are working.

Both events were horribly destructive and made more intense and more likely due to climate change. But the speed of this change is almost always more pronounced for heat extremes when compared with other types of extreme weather.

Because the planet is warming at a rate of more than 0.2°C per decade, in addition to the 1.2°C already experienced, it’s becoming harder to analyse these extreme weather events before the next one arrives. It’s the scientific equivalent of trying to run on a treadmill while a finger is pressed firmly on the accelerator.

In the best-case scenario, a rapid attribution study of a simple extreme weather event – like an atmospheric river (a plume of warm and wet air) causing heavy winter rain in the UK – might take a week of continuous work from three to five scientists. And then only if they have done similar studies before with the right systems in place to perform the analysis.

Any event which is particularly severe or unprecedented – the June heatwave, July flooding and Ida all qualify – typically requires more time, more complex models and more expertise. For example, because the physical drivers of the recent western Europe floods were so complex, this analysis required the use of particularly high-resolution models for the first time. And so the study took more than five weeks of work to complete, even with a team of 39 scientists involved.

Because of the large amount of time needed to analyse just one event, coupled with the fact that event attribution science has not yet become routine within national meteorological service providers, it’s inevitable that the role of climate change cannot be assessed for all damaging weather events.

This is particularly true for extreme events which devastate communities outside rich countries. For many developing nations, and particularly those in the tropics, some climate models can struggle to capture the drivers of extreme weather, such as local monsoon dynamics.

Deciphering the role of climate change is also challenging in regions with large gaps in the quality and length of historical weather observations, partly due to a lack of financial support from wealthy governments.

At the same time, few local scientists have the time or access to the modelling data needed to rapidly analyse the impact of climate change on an extreme event after it takes place. This means that many of the most devastating events – like the ongoing drought in Madagascar, recent floods in Niger or wildfires in Algeria – aren’t analysed each year.

Pinpointing the role of climate change in each extreme weather event is an incredibly valuable source of information for politicians, as they try to recover and plan for the impacts of tomorrow’s storms. It’s also helpful for the general public, who can weigh the comparably small costs of mitigating and adapting to climate change against the enormous costs in lives and livelihoods from failing to act.

But access to this information is not equally available to all, and the increasing speed with which our climate is warming only makes these inequalities worse. This is yet another reason why it’s so urgent for the highest-emitting nations of the world to rapidly reduce their carbon emissions to zero. 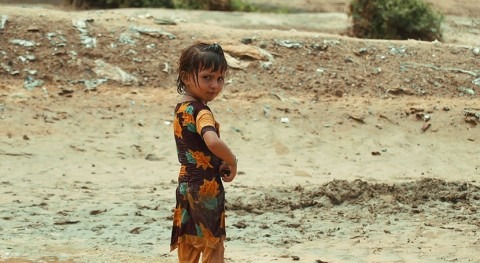