Greenland has lost 3.8 trillion tonnes of ice since 1992

Blogs141
Inès Otosaka
I am a PhD researcher at the Centre for Polar Observation and Modelling at the University of Leeds. In my research, I use satellites to track changes in Antarctica and Greenland.

Greenland has lost 3.8 trillion tonnes of ice since 1992, according to our latest research. It can be hard to imagine a number that big: 3.8 trillion tonnes is 3,800 billion tonnes or even 3.8 million billion kilograms. If you put all that ice into a single cube it would be 16 kilometres along each side and twice the height of Mount Everest.

But what’s really important here is the impact this has globally. All that ice making its way into the ocean has already caused the sea level to rise by more than a centimetre, and future sea level rise will mean lots more coastal flooding.

For example, a rise of 60cm by the year 2100, as predicted by the Intergovernmental Panel on Climate Change (IPCC), would put 200 million people at risk of permanent inundation and 360 million people at risk of annual flooding. And 60cm is only the IPCC’s “central estimate” – in that period the sea could rise by as little as 28cm or as much as 98cm.

By far the largest uncertainty in sea-level projections concerns the ice stored in Antarctica and Greenland, both of which have complex interactions with the climate system and are difficult to model. Greenland alone holds enough frozen water to raise the sea by 7.4 metres were it to melt. Therefore, finding out how much ice it has lost so far is hugely important for us scientists who are trying to determine how much it will contribute to sea level rise in future.

The rate of ice loss is increasing

This is why we used satellites to measure Greenland’s ice loss between 1992 and 2018. Our assessment, now published in the journal Nature, is produced by an international team of scientists who combined the results of 26 different surveys as part of a programme known as the ice sheet mass balance inter-comparison exercise (IMBIE). In all, measurements from 11 different satellite missions launched by the European Space Agency and NASA were used to track changes in the ice sheet’s volume, speed and gravity. 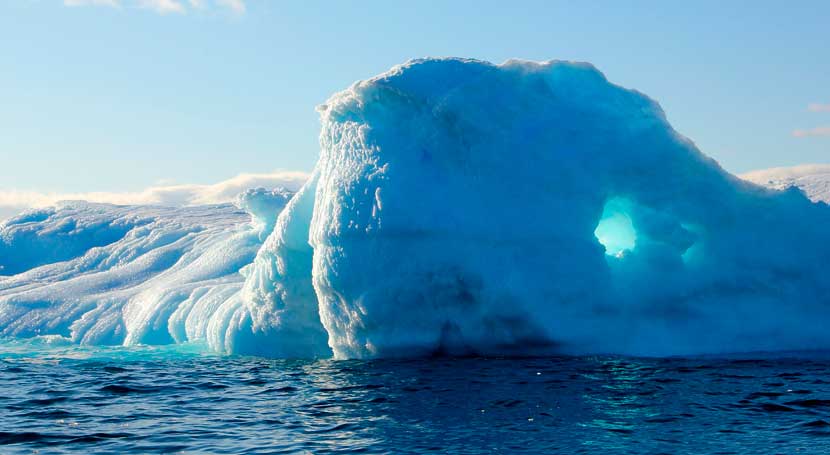 We found that the Greenland ice sheet lost around 3,800 billion tons of ice in that 26-year period. This is enough water to cause the sea level to rise by around 10.6mm.

Although Greenland has been losing ice since the early 1990s, the rate has increased dramatically over time and peaked at 335 billion tons per year in 2011 towards the end of a period of intense surface melting. In fact, almost half of the ice loss occurred between 2006 and 2012 and, although cooler atmospheric conditions – associated with a shift of the North Atlantic Oscillation – followed, the rate of ice loss has remained high since then.

Snowfall can’t keep up with melting

How does an ice sheet actually “lose ice”? In Antarctica, almost all the losses come from glaciers being warmed to the point where they slide slightly faster into the ocean and “calve” into icebergs. This happens in Greenland too. But Greenland also has much warmer summers than Antarctica, and this means around half of its ice is also lost through summer melting exceeding winter snowfall.

In its fifth assessment report, the IPCC included a range of projections for Greenland ice sheet losses. Our study shows that the ice sheet has been tracking the upper range of these projections – the worst case scenarios – which predicts an additional 10cm of global sea level rise by 2100 over and above the central estimate. This would place a further 60 million people at risk of annual coastal flooding and suggests that a reassessment of the impacts of climate warming is urgently needed.​

Biden plans to fight climate change in a way no U.S. president has done before
END_OF_DOCUMENT_TOKEN_TO_BE_REPLACED