Promoting the Circular Economy of Water

“One man’s trash is another man’s treasure.” While this quote may often be heard during craft sessions or in antique shops, it is exactly the kind of thinking that is crucial to achieving global sustainability.

To solve the most pressing environmental issues of our time (e.g. ocean plastics or overexploitation of fossil fuels), people must transition away from wasteful practices and towards reuse. This methodology is known as the circular economy, and it needs to be adopted in every facet before we can preserve our planet and its essential resources.

One resource, in particular, deserves extra attention when discussing the circular economy. Water is not only the most vital resource on Earth, but its value after being used is paramount. Many people consider wastewater a nuisance; something that we would be better off without. However, if we begin to examine it closely and apply some innovation, wastewater is a resource brimming with opportunities.

The adequate management of wastewater can recover numerous and wide-ranging products. In fact, wastewater applications date back thousands of years to Ancient Rome. The Romans recognized that applying excrement to their fields could increase crop yields as it contains fertilizing nutrients. This led the Romans to build one of the most elaborate collection systems in history and reap the benefits from wastewater’s composition.

Water is not only the mostvital resource on Earth, but its value after being used is paramount

Since then, new applications for wastewater have been discovered. For example, graphite - a key component in everyday items from batteries to car breaks - can be extracted from wastewater. Additionally, wastewater can produce hydrogen that can fuel low emission vehicles and even electricity.

An obvious resource that can be extracted from wastewater is water itself. Despite also being the most abundant resource in the world, the amount of usable water is scarce. To make matters worse, climate change has exacerbated water scarcity in already water-stressed areas. Experts are now saying that a quarter of humanity is facing an impending day zero; a day where municipal water supplies will be shut off leading to the collapse of food production, mass migrations, and the devastation of billions of people.

In response to these drastic conditions, many city and state officials have begun to invest in wastewater reuse or reclamation programs. Prominent cities such as Singapore, Los Angeles, and Delhi have already implemented wastewater reuse programs to generate a new source of freshwater. Depending on the level of treatment, reclaimed water can have fundamental uses, including industrial operations, irrigation, and even drinking. In the country of Israel, a notable 90% of its wastewater gets reused for irrigation. Although these examples may prove that water sustainability is possible, many parts of the world are not as apt to have such a successful reuse program. Wastewater can often be tainted with inorganic pollution that renders resource recovery and water reuse programs obsolete.

Fortunately, governments around the world have enacted regulations that curb the amount of harmful discharge entering the water cycle. Such laws are intended to make wastewater more environmentally friendly and treatable for resource recovery. However, these laws are seldom enforced because of three intrinsic factors: 1) Wastewater networks are too vast with too many users; 2) Discharged pollution is unpredictable; 3) Wastewater is usually under the surface and hard to access.

Digital solutions can help overcome all three of these problems. Digital monitoring or the conversion of physical conditions into a digital form can be applied to something as eccentric as a collection system. By implementing a set of monitors along the sewerage network, wastewater data can be collected throughout an entire city 24/7, and its analysis can be done from anywhere. Digital monitoring enables network operators to continuously and remotely inspect wastewater quality. Therefore, operators are empowered to approach unpermitted discharges in an effective and timely manner. The overall result is less pollution in the network. Along with its benefits in reducing energy consumption from treatment plants and protecting the lifespan of infrastructure, digital monitoring facilitates greater recovery of resources from wastewater.

Kando, an environmental technology startup, is one of the few companies that employ digitization to gain accessible wastewater data throughout urban centers. Through its solution, Kando has been helping utilities realize the value of wastewater all over the world, including Milan, Brisbane, and Portland. Still, it is no surprise that its greatest impact is where it was founded, the country of Israel.

The Negev is a vast and dry desert that makes up the southern half of Israel. Despite its harsh conditions, it is also home to a majority of the country’s agricultural production. Since the region lacks a large supply of freshwater, local farmers are reliant on wastewater reuse to irrigate their crops. However, recent encroachments from industrial users (e.g. breweries, dairy producers) have contaminated the collection system with high salt content. Crop yields began to deteriorate, and the farmers were forced to dilute irrigation water with their drinking water. That is until Kando’s solution was implemented, which gave utility operators a tool to identify the source of high salt loads and prevent such events from happening in the future. Today, the local utility continues to deploy Kando leading to improved wastewater quality and happier farmers.

Since then, the Kando solution has been adopted all over Israel and the globe. El Paso, Texas, an arid city with a growing population, is one of the most recent utilities to deploy Kando’s digitized system with its chief goal being increasing potable water supply from wastewater reuse. CEO of Kando, Ari Goldfarb responded to the initiation of this project by saying, “These types of projects make us hopeful that wastewater reuse will become common practice and more cities will follow suit.”

As the world’s natural resources diminish, the circular economy is the only means to preserve them. It is time we implement the same measure to our most vital resource and adopt digital monitoring to ensure its fulfilment.

Computers in our sewers 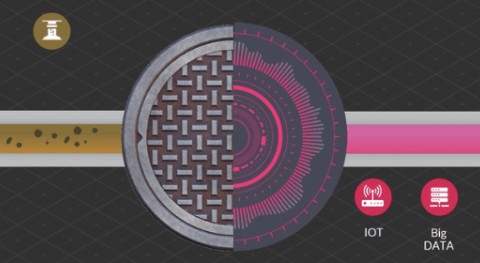 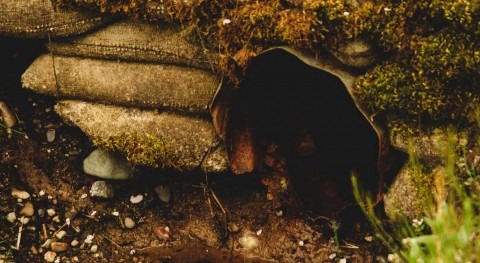