Most of South Africa’s seasonal rainfall occurs during the warmer summer months, from October to March. As a result, October is an important period for farmers to begin planning when to sow crops (such as maize, wheat and sunflowers) for the growing season. October is also an important period for the tourism industry to think about water supplies for the upcoming summer holiday season.

The timing of summer rainfall, and all rainfall across South Africa, is determined by large-scale climate systems. Climate change is gradually changing the location of these systems and their moisture corridors, which bring rainfall to each region. The southward shift in the westerly winds (one of these large-scale climate systems) and their mid-latitude cyclones is one of the reasons Cape Town suffered such a severe water shortage between 2015 and 2017.

Research shows that the record low rainfall amounts were caused by recent expansion of the Hadley cell, the circulation of air from the tropics to subtropics. This expansion has changed the timing of summer rainfall and caused intensification of high-pressure systems (causing dry conditions), and a southward shift of the westerly wind belt (providing moisture for winter cold front rainfall).

South Africa has distinct spatial zones of rainfall seasonality. These are termed the summer-, winter- and year-round rainfall zones. Eastern and central regions get their rainfall during the summer months. That’s when the southwestern Cape and west coast regions are dry due to strong high-pressure conditions. In winter, the high-pressure systems shift north, sitting across the interior of the country and causing dry conditions there. The southern coast and a strip of land between the summer and winter rainfall zones form the year-round rainfall zone.

Most research in South Africa has focused on how large-scale climate system changes are influencing rainfall totals. Little research has considered consequent changes in rainfall seasonality - the timing of rainfall, including when the wet season begins and ends. These changes are important to consider, because rainfall seasonality changes across South Africa may have detrimental impacts on crop yields and surface water supplies. This prompted our research, recently published in the International Journal of Climatology.

We used rainfall and temperature records between 1987 and 2016 from 46 weather stations across South Africa to calculate annual rainfall seasonality characteristics using two methods. These quantify the strength of seasonality, and the wet-season start- and end-dates, length, total rainfall amount, number of rain days and rainfall intensity. We then explored how these characteristics changed during 1987-2016. We chose this recent 30-year period because that’s when climate change impacts have begun to show.

The hope is that this information can inform effective adaptation in sectors and activities dependent on rainfall seasonality characteristics. This is because, if sustained, the trends we calculated present a concerning outlook for continued crop production and water resource management.

As rainfall varies considerably over the years and decades, we didn’t expect to find any conclusive evidence of rainfall seasonality changes over this relatively short period. But we did find that the trends across the different rainfall zones demonstrate patterns which can be linked to changes recorded for large-scale climate systems.

Our calculations reveal that the wet season started later and produced less rainfall across the interior summer rainfall zone and adjacent interior year-round rainfall zone. This is linked to Hadley cell expansion, which is associated with the tropical rain belt taking moisture south later. For the eastern coastal locations, the summer wet season started earlier, but also produced less rainfall. This can similarly be linked to Hadley cell expansion, but more strongly to changes in the high-pressure systems transporting moisture from the Indian Ocean.

The strongest trend signal for winter rainfall locations, and adjacent interior year-round rainfall locations, reflects reduced wet-season totals. This is consistent with a poleward shift of the westerlies, linking to less rainfall associated with cold fronts.

The most consistent trend for the southern coast year-round locations was for a longer dry season with increased wet-season rainfall. These trends are complicated to interpret, but can be linked to changes in the westerlies and high-pressure systems.

The trends we calculated are concerning, especially those of wet-season drying. Should these continue, activities that depend on rainfall could experience severe impacts. We’ve already seen this during the Cape Town “day zero” drought - and events like this are expected to occur more frequently in the decades to come.

Agriculture, for instance, relies on the wet-season timing, its length and total rainfall to dictate when to sow crops, and to select appropriate crops which will mature before the wet season ends. Later wet-season start dates and less rainfall will require additional planning and farmers will need to select crops that can be sown later and will fully mature with less rainfall.

Water resource managers also rely on rainfall seasonality characteristics to adequately manage use of water supplies. With many trends reflecting less wet-season rainfall, this would similarly require additional planning and monitoring to make sure water supplies do not run dry.

Our research identified many consistent trends which can already inform management strategies for rainfall dependent activities. But there’s a need to explore similar trends for longer periods, across more areas of the country. It’s important to develop future scenarios considering rainfall seasonality changes and the mechanisms that drive trends. Among others, farmers, water managers and climatologists will need to closely monitor rainfall seasonality characteristics during coming years. 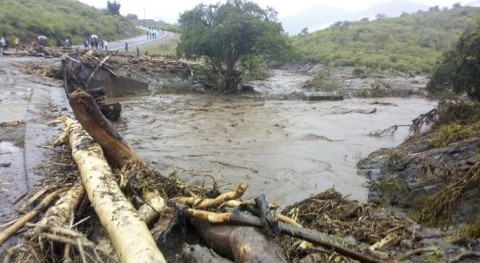 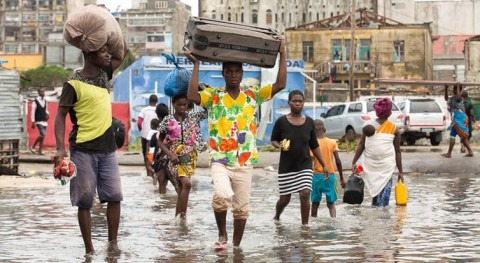