Blogs5
John Mmbaga
Contact author
PhD (Chemistry) student at the University of Nairobi with an interest in ag nutrient and metal recovery from water. Currently researching on materials for recovery of phosphates and nitrates for reuse as controlled release fertilizers.
twitterfacebooklinkedininstagramweb

Ever asked yourself about the costs of technological progress?

Among them, emerging pollutants are inconspicuous new kids on the dirty block bringing with them a new healthcare challenge.

Though credible agencies such as the IARC have not conclusively categorized them as carcinogens, several research trials and animal tests have given a leading towards their carcinogenicity.

But this hasn’t been without contention.

While it’s generally agreed that the increased cancer causing potential of a carcinogen relates to the dose levels populations are exposed to over time, emerging pollutants are still in many ways ’emerging’.

Though present in small quantities, the increase in the use of products that contain them could pump up their concentrations in water, food and air over time.

What this means is that their dosage in environmental media will most likely be on the rise creating increased concerns about their cancer-causing potential.

Tackling potentially high exposure to these contaminants requires an understanding of what they’re all about.

Though fire fighting chemicals, refrigerants, some lubricants and detergents are substances we interact with, some of them possess active ingredients that may in the long run pose a risk to the state of our health.

PFCs are fast emerging as substitutes to the ozone unfriendly chlorofluorocarbons (CFCs) which for a long time have been used in refrigerants and fire retardants.

Though they don’t have such an adverse effect on the ozone layer as CFCs, dosage tests conducted on lab animals have revealed that they have a tumor promoting potential at some elevated doses.

Besides other research has revealed a possible statistical relationship between prostate and breast cancer occurences and PFC levels in the blood of assessed subjects.

Though their cancer causing potential is still a subject of ongoing discussion and research, their increased use especially in domestic refrigeration should be a cause of concern.

But beyond the use of refrigerants, one frontier of invasion of emerging pollutants is our drinking water.

While it’s easy to earmark conventional water pollutants like metals, nutrients and bacteria, disinfection byproducts are pollutants introduced by chlorination of water.

Most of us have used chlorine to disinfect our water.

But chlorination works best in water with low concentration of organic matter because of two reasons:

But how can we determine what level is just below the carcinogenic threshold?

What metrics can a village woman use to quantify the levels of trichloromethanes in her water?

It’s therefore essential to employ accompanying strategies to remove organic pollutants from water such as the use of Moringa, flocculants and carbon filters before chlorination.

But besides water, our air will always remain an open sink of potentially dangerous pollutants from petrochemical industries.

Just like PFCs, MTBE is a chemical used as a gasoline anti knocking agent, a substitute for lead.

However, though it’s concentration in air is a low cause for concern, increased use of gasoline and diesel due to the needs of an increased population is bound to tilt that reality over time.

So why should we be concerned with high levels of MTBE in the air?

Why is it important to zero in on the occupational health of petrol station attendants in this regard?

Because independent research has unearthed it’s carcinogenic potential against the liver and kidney in lab tests at high concentrations.

But besides MTBE, other petrol additives and combustion byproducts such as benzene and benzo pyrene are already adversely classified by the IARC as carcinogens.

Beyond researching into their adverse effects, more effort needs to be thrown at problem solving technologies capable of removing these pollutants from ambient air.

With discovery of new materials capable of cleaning our water, filtering our air and guaranteeing us cleaner energy, there is increased concern about their disposal in the environment.

Though nano materials are minute sized particles employed in water filtration, medicine, agriculture and energy, their disposal is a source of great concern.

For example, there is cause for concern over titanium dioxide nanoparticles which are used in a variety of applications such as water treatment, catalysis and energy applications.

What happens after use?

How are they disposed?

Research has unearthed linkage of such minute-sized particles (irrespective of chemical composition) to cancer.

Increased interest in nanomaterial production should be matched with technologies that can regenerate them for reuse instead of disposal.

But lastly, blossoming of the multi billion dollar cosmetic and pharmaceutical industries present new opportunities for personal care and treatment.

But they also undoubtedly reveal challenges regarding disposal of pollutants produced by their use.

Though hormonal supplements such as estrogens are used in livestock rearing, by products of these chemicals are sometimes present in large quantities in animal manure and urine.

This presents a high likelihood of these chemicals leaking into surrounding water bodies.

Estrogens are natural hormones in women.

But as hormonal supplement pollutants, they are categorized by the IARC as carcinogenic to humans.

Pharmaceutical pollution of our water sources is a subject of great concern especially in informal urban settlements in developing nations because of lack of sanitation.

Several water sources have been assessed having considerable levels of pharmaceuticals in this regard.

To some extent part of this problem could be solved by simply availing sanitation solutions such as toilets to the poorest of the poor.

But some cosmetic product additives directly threaten the health of the users.

Take for instance a sunscreen filter such as parabens used in many creams and lotions.

There is a very animated debate among health practitioners about the carcinogenic potency of parabens given that several tests allude to this.

However, several factors are important to consider in this regard such as the dosage and frequency of usage.

Also some cosmetic products seem to contain a higher than normal concentration of metals such as mercury and toxins such as hydroquinones whose combined effect is still not fully understood.

Emerging pollutants are undoubtedly the next frontier in the fight against not only cancer but new and emerging health challenges.

Tackling them requires concerted effort from not only medics but chemists, farmers, manufacturers, policymakers, whistleblowers etc.

All of us have a role to play.

Let’s roll up our sleeves.

Our environment and the carcinogenic free-fall 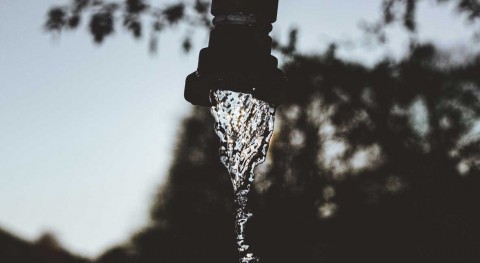 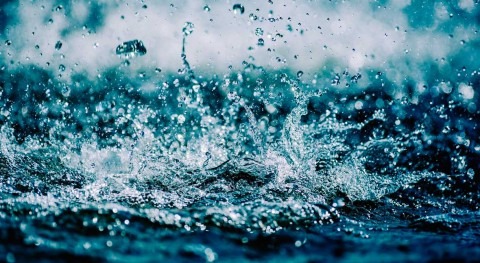 Toxic 'river' in the city