Sewage and its potential as a drinking water source

Resources are all around us.But rarely do we think of water as a resource especially when considering wastewater. Yet for over 50 years, Veolia, a utility company has been converting wastewater into drinking water in Windhoek, Namibia. A tall order it would seem. However, come to think of it, water constitutes over 90% of wastewater. If that’s the case, why can’t we go the extra mile to reclaim it?

It’s discharged into the surrounding rivers and streams. These same rivers and streams feed into our water reservoirs and through the same cycle of water treatment again after sometime. If that’s the case, wouldn’t it make some sense to reclaim this same water by treating it? Wouldn’t it make more sense to rechannel this recovered water for industrial amd domestic use? What should happen in order to make such an ambitious move work?

Being the most feared water pollutants, efficiently removing microorganisms from our water is central if we are considering reuse. Though chlorination seems to work for drinking water treatment, wastewater is a whole different ballgame. By that, I mean that several disinfection stages must be considered for complete removal of harmful bacteria and viruses. More R and D must be geared towards testing some methods in this regard:

Disinfection of wastewater is key. But so is decontamination from risky substances suspended and dissolved in it.

The use of adsorption is also important in this regard. Adsorption is the ability of a material to accumulate pollutants on its surface thereby acting as a ‘filter’. Useful adsorbents in water treatment include zeolites, silica, activated carbon, rice husk ash etc. In other words, there are a whole range of ways prospective innovators could use to recover water from wastewater effluent.

To guarantee clean drinking water for all (a constitutional right), innovators need to roll up their sleeves and get to work. Already the existing water resources are overstretched. So why not consider non-conventional resources such as wastewater effluent? 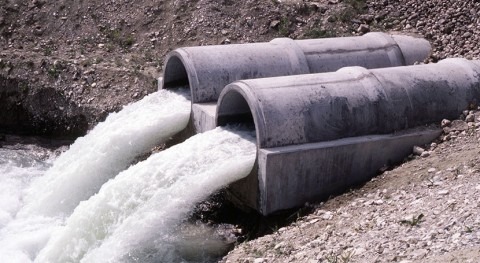 Recovery of crop nutrients from wastewater

Groundwater nitrate and why it should concern us