While Canada’s overall water quality is among the best globally — in 2016 a small town in British Columbia won gold for best municipal tap water in the world — First Nations have long struggled for access to safe drinking water.

From mercury poisoning in Grassy Narrows, Attawapiskat’s decades-long battle for safe water, to Shoal Lake 40 and Nesktanga’s battles for clean water, the commitment to solve drinking water for Indigenous communities has long been a statement made by many sitting prime ministers and hopefuls.

As early as 1991, the federal government had committed to achieving equality amongst Canadians vis-à-vis access to safe water by the turn of the century. Thirty years later, many communities still have inadequate access to the recognized human right to water.

Elections are a time for promises. For many political campaigns, committing to resolving the drinking water crisis has been an easy way to show support for First Nations and Indigenous Peoples without treading into controversial territory, it’s a safe promise. The commitment to Indigenous water issues within election platforms is the proverbial low-hanging fruit.

This year’s election is no different. From the NDP to the Conservatives, every election platform contains a commitment to reconciliation. And reconciliation is clearly a Canadian priority, in fact it’s among the top five this election season.

There has been a notable shift in this year’s election platforms in the wake of devastating discoveries of unmarked graves at former Indian residential schools. So it could be argued that omitting Indigenous issues from your platform would be a catastrophic mistake.

What is less certain is whether promises amount to anything more than hollow statements. If you want to be elected, you make promises with broad appeal. A vague promise is exactly what election platforms are.

There are no clear paths or action plans. There is a lack of meaningful commitment within these Indigenous-centred election platforms. As stated by Regional Chief Cindy Woodhouse: “First Nations don’t appreciate being used as a wedge issue in the pursuit of power in Ottawa.”

Which party says what?

The NDP have stated that “reconciliation is at the heart of what we do,” promising to lift drinking water advisories and address transportation and energy for Indigenous communities. The NDP have also committed to addressing public services, health care, justice, economic development, education, housing, children in care, the legacy of residential schools and Indigenous rights as their key themes.

But they can afford to be more direct. According to the latest polls, the NDP have virtually no chance of forming the government.

The Liberals’ “Platform for Everyone” toes a line, trying to appeal to the masses. Their commitments to reconciliation relate to housing, along with justice, health care, children and the legacy of residential schools. And there is an emphasis on ending all drinking water advisories in their platform.

While the Conservatives have commented that the lack of safe drinking water for Indigenous communities is a “national shame,” their platform targets advisories, high-risk systems and enhanced governance.

Regardless of the political party, committing to fixing the water crisis seems to be an area of perceived consensus. And of course, it should be — the past decade has shown us the inequities faced by Indigenous communities. Water underpins many of the social and economic gaps that exist between Indigenous and non-Indigenous Canadians.

Like nutrition, child welfare, education and health crises, the effects of unsafe drinking water are profound.

The Liberal government can tout their water wins, including the recent class action settlement, while competing parties comment on the work yet to be done and the lack of progress in ending water advisories.

And while the focus of campaign promises on the human right to safe water is expected, it also means that neglected community infrastructure continues to fall down the list of priorities.

Infrastructure is vital to community economic development and to the health and wellbeing of communities. The infrastructure gap in Indigenous communities is vast. Election promises are no longer enough.

When will we stop making promises and start making meaningful change? These very election promises that span across all parties highlight areas of consensus. If there is agreement, then isn’t it time to stop making it a campaign promise? Focus election promises on the “how” and “when” — because the “why” is painfully obvious.

Tip of the iceberg: The true state of drinking water advisories in First Nations 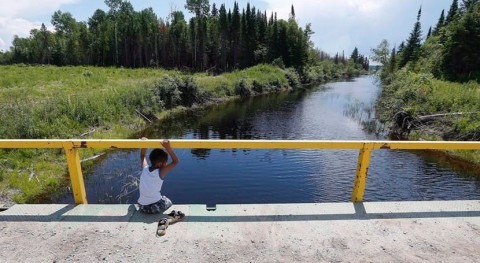