When even Boris Johnson, the UK’s Conservative prime minister, interprets severe flooding as a probable consequence of climate change, it’s a sign that everyone is recognising that the weather is becoming weird. It’s hard not to – the recent UK floods were prompted when the average rainfall for the entire month of November fell in South Yorkshire and north Derbyshire in 24 hours.

The damage from the floods is still being assessed, but roads and rail lines were closed, people were stranded, hundreds of properties were inundated, and one woman lost her life. With the promise of more periods of intense rainfall in years to come, what needs to be done to protect communities from more flooding in future?

Johnson stressed that the UK government is already investing in more flood defences. But while such investment is undoubtedly needed, it should not solely be directed to flood defence. Such strategies are focused on protecting high value property, and hence tend to neglect poorer communities.

Flood defences – flood walls, barriers, overflow flood channels, and the like – protect particular localities against rising flood waters. As residents from Doncaster rightly argued in relation to new defences in Sheffield, flood defences protect one location by channelling water and flow towards another.

So while flood defences are important and useful for protecting the assets we value most, it is important to consider their wider consequences. A comprehensive approach to flood risk involves a different form of investment – focusing on slowing the flow and protecting at-risk properties from water.

Whereas flood defence will only help particular communities, investments that reduce the extent of flooding by slowing the flow can help everyone downstream.

Over the past ten years, huge changes have been made in relation to the understanding and use of natural flood management. In the past we have tended to regard uplands as wasted land, in need of drainage so that they can be used for agriculture, for example. But uplands are now recognised to have an important function in holding the water back.

Drainage ditches and other features enabling agricultural use can be removed and replaced by small dams and other natural flood risk management measures to enrich our naturally wet upland ecosystems and to slow the flow. But for now, this is only happening in select few places and needs to be more widespread. And by re-wetting uplands we also increase the extent of peatlands, hence helping carbon storage too.

It is also important to slow the flow in urban areas. Councils are increasingly recognising that they can use parts of parks to do so. Sections of road or pavement can also be reclaimed for flood storage, and sometimes for infiltrating flood waters to the ground. Of course, this means that land currently used in one way must be partially or completely given up for other uses – a football field might be sacrificed for occasional flood storage; parking spots lost for a new rain garden.

We can also make private choices that help to slow the flow. Is your roof water channelled into a rain-barrel, for example, and does this overflow into a wet part of your garden, or into the sewer? Though no single householder can make a big difference to the total flow, all householders acting together can make a difference. There are many beneficiaries of such changes – councils, water companies who treat the sewage and downstream residents. But at present it is nobody’s responsibility to look at these benefits together and incentivise changes to water management on private land.

As the climate changes it is going to be even harder to avoid floods, so it’s also crucial that those who live in flood-prone places prepare. There is often great demand for local councils to supply sandbags at times of flooding, but sandbags are actually relatively ineffective compared to flood gates and other simple flood resilience measures that can be crucial in protecting homes from small floods.

Careful interior design also reduces the harm caused by floods. Plug sockets can be placed halfway up the wall, for example, and it can be ensured that ground floors are made of materials that easily washed down, such as concrete or tiles, rather than fitted carpets or wood that will need to be thrown out. People living in locations at risk of flooding should also sign up for flood warnings, and each household should have a flood plan – a clear idea about what needs to done if there is a flood warning and limited time available to protect your family and your possessions.

One of the difficulties of making these changes happen is that it means a new sort of water management, concerned not only with managing water but also partnering with the public. Engineers who predict floods and build defences are still needed, but to stimulate change in the practices of landowners, businesses and households, new listening, communication and coordination skills are paramount. It’s not yet clear how society can be stimulated to better manage flooding, and councils, water companies and the Environment Agency need to invest in new skills to lead this process of learning.

In order to help such collaboration, my team is currently undertaking research to look at how mobilisation in relation to water is organised.

Of course, all of this is will be of limited comfort to the poor people of Fishlake and other Yorkshire towns returning to their flood-ravaged homes. Flood vulnerable locations are often occupied by less wealthy members of our society. Evidence from Hull and other locations flooded in 2007 indicate that it will take many months if not years for people’s lives to return to normal, and that for some, the floods will take a significant toll on their mental and physical health.

The flood authorities cannot promise to protect everyone from flooding. But the recent floods make it crystal clear that more must be done to address flood risks, both by improving natural flood defences and slowing the flow, and by catalysing and supporting everyone in flood risk zones to protect their homes. Because Johnson is right in saying that such floods will only become more common, and the government’s current approach simply isn’t good enough.​ 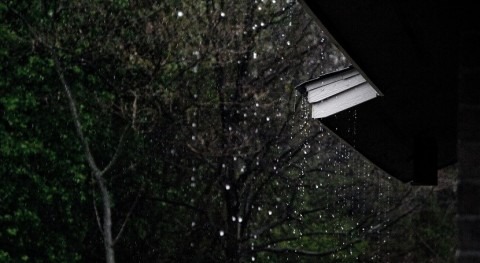 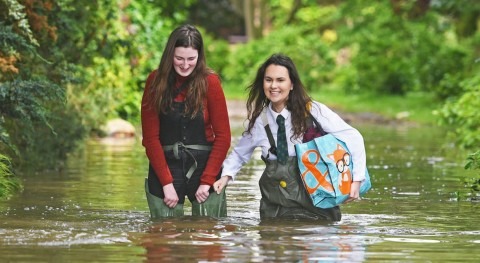