Sørvágsvatn: beauty and magic at their best in a lake of the Faroe Islands

Sørvágsvatn or Leitisvatn is the largest lake in the Faroe Islands, with spectacular views. With a surface area of 3.56 km2, a mean water depth of 2.5 m and a maximum depth of 59 m, regardless of  which direction you look towards, the landscape around it makes one love nature even more.

The striking part about it is that the lake is located 32 m above the level of the sea. On one side it is surrounded by a cliff and on the other side it empties into the Atlantic Ocean through a 30 m high waterfall.

It is situated on the island of Vágar, to the west of the archipelago, between the municipalities of  Sørvágur and Vágar. The village of Vatnsoyrar is located on its north side, close to the geographical centre of the island; to the south it empties into the ocean through the mentioned waterfall, known as Bøsdalafossur. 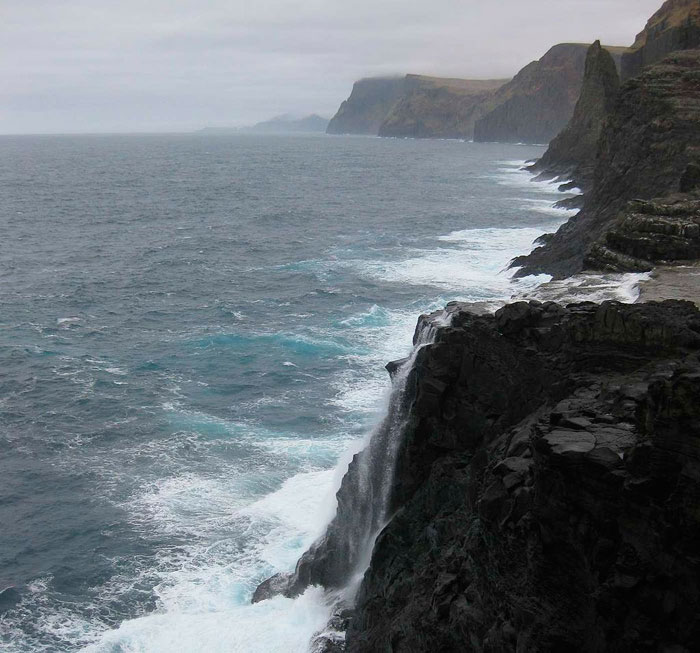 To get to the lake, there is a 3 km more or less circular hiking trail where you can enjoy the beautiful green landscape on the way to the lake and back. From the trail on the higher part of the lake visitors can see the lake from above, and they can also see the small town of Miðvágur. But that’s not all. The trail takes you to Trælanípa, a rock wall that stands 142 m above the level of the sea. Its name means ‘slave mountain’ and dates back to the Viking Age (it is thought to be called like that because the Vikings would throw the slaves from the top of the mountain). 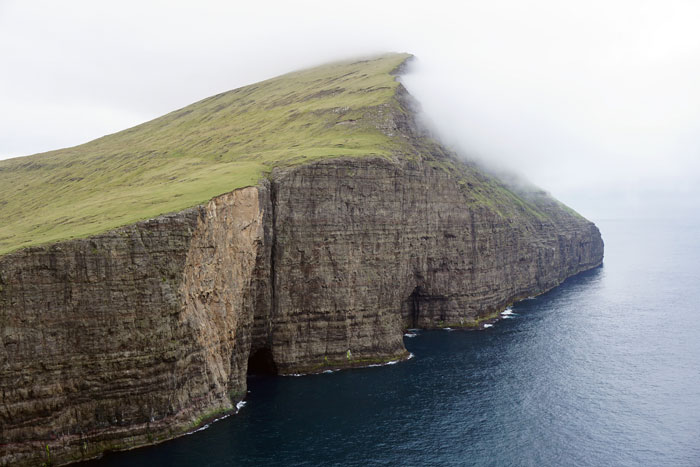 The green grass, the lake’s blue water and the blue-grey shades of the sky (depending on the day), together with the spectacular view of the Atlantic, where you can even see the islands of Koltur, Hestur and Stremoy, and the background sound of the Bøsdalafossur waterfall competing with the waves breaking on the cliffs, make for an almost perfect natural formula to take your breath away. Nature’s beauty at its best. 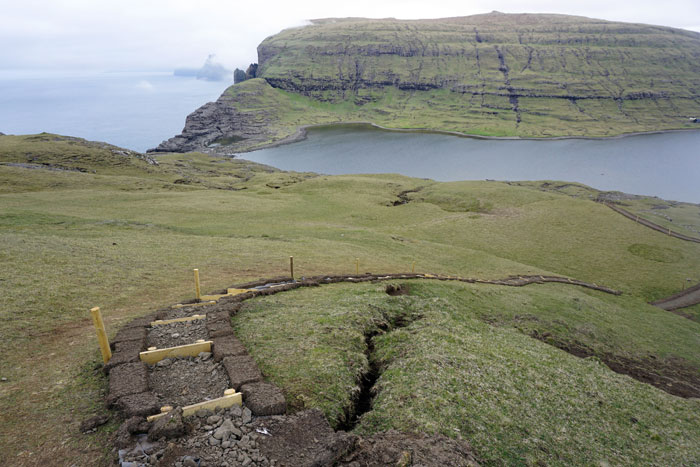 The different names of the lake

The people of Sørvágur usually call the lake Sørvágsvatn, meaning ‘the lake of Sørvágur’, whereas the residents of Miðvágur prefer the name Leitisvatn, because the area close to the eastern shore is known as Leiti. All islanders use the name Vatnið as well, which just means ‘the lake’. 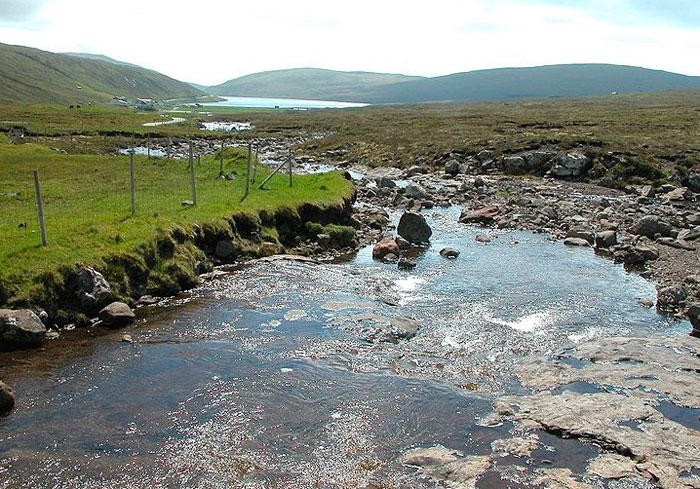 The legends that make the lake even more beautiful

The locals tell two Faroese legends about this natural area. The first one is about the Huldufólk, elves that live inside stone mounds; one of their homes was sealed by a priest, and its dwellers can still be heard weeping and wailing. This legend is so deep-rooted that the first roads in the archipelago were built so as to avoid rocks.

The other legend is a darker one. It talks about a creature that lives in the lake, called Nykur or Nix, who takes the form of a beautiful horse to entice people to ride it and then drowns them in the lake. It says that, if you call it by its name, the creature loses its power and disappears. 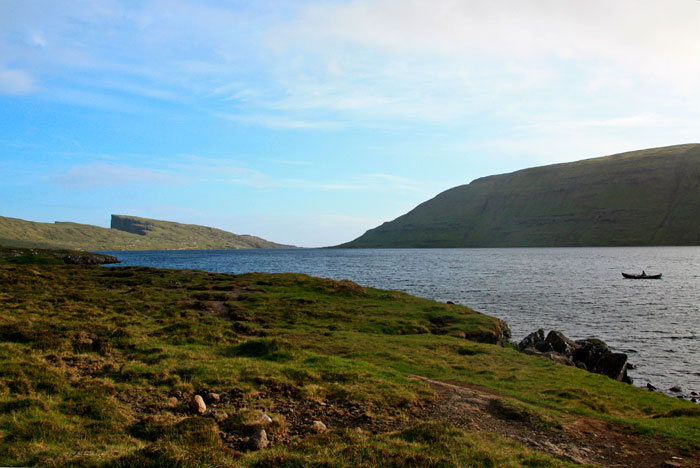