Critical infrastructure in the water sector

Islam was the main territorial empire of the Mediterranean in the seventh century. In the Iberian Peninsula (Spain and Portugal) it was able to establish a very durable, powerful and prolific kingdom that lasted until the middle of the fifteenth century, called Al-Andalus, which stretched from Gibraltar to the South of France. The Arab influence in Spain, and especially in Andalusia, extends to the present day -in such notable aspects as architecture, arts, agriculture, artisan crafts, language, culinary culture, etc.
Looking back on that time, which was so fruitful in so many aspects, we can appreciate the Arabs’ need to defend themselves against their enemies, the Christians. To do this, they carried out an exhaustive survey of the settlement zones, where the interesting development of complex military architecture stands out, through the construction of numerous fortifications, such as fortresses and watchtowers.

The mental image that we typically have of a fortress, is usually associated with a location on high ground, so that surveillance and defensive activities are favored; I highlight both concepts because of the close relationship with the title that concerns us (Critical Infrastructure).
It is true that fortified enclosures were usually located on an elevated area of the land, from where were monitored the roads, their crosses and the activity that took place in their surroundings. This provides comfort to the peasants, who felt protected. Additionally these enclosures used to have a cistern for supplying water to the population called aljibe. This beautiful Arabic word, incidentally, gives its name to the recent newsletter that we began to publish periodically in the Spanish Water Association (AEAS); there was no better word than this one to designate the popular communication tool that is so useful for the sector.

On the road from Seville to Ronda

That being said, if we were to drive along the pleasant and practical A-375, from Seville towards Ronda (the historic municipality of Malaga whose water cycle, incidentally, is managed by Aqualia), and we journeyed some three kilometers north of El Coronil, we would come across a beautiful and compact Arab fortress. At first glance it appears strange, since instead of being located on high ground as you would expect, it is located on the flats, in a shallow dip and surrounded by hills!
What went through the head of the architect and builder of this peculiar surveillance and defense structure? What was the reason for having built it at such a low elevation? Few people know the reason.
The fortress is called Castillo de las Aguzaderas, a curious name, so called because it sits on a rocky platform used by wild pigs in the area to sharpen their fangs, an activity that in Spanish is called aguzar.

If we were to investigate the surroundings of that castle, we would note firstly that it is part of an active agricultural municipality in the Sevillian countryside called El Coronil, so-called after the Greek term Koroonis, meaning top or high and dominant place. Specifically, it refers to the geographical location of the municipality, located on the top of a hill close to our castle.
This historic town contains remnants of the Iberian, Tartessian, Carthaginian, Roman, Visigoth, Muslim and Christian ages. What was the reason for so many settlements? Well, fundamentally it was the ideal location for the building of a series of fortresses and towers to watch over the agricultural and commercial activities that took place in the area. Likewise, it was located at a more or less intermediate point between the coast and the inland area, providing security for nearby mining activities, such as the clay deposits, the silver mine of Aita and the copper mine of Gironde.
The Romans were the first ones to build consistently in the area, and later, during the period of Al-Andalus, the whole hill was fortified through building the fortress Castillo de El Coronil on the top of an adjacent hill and aligned with our Castillo de las Aguzaderas.

So, let’s go back to our Castillo de las Aguzaderas. Short, compact and harmonious, it is, as we have remarked, a military facility providing security. But, security without visibility? No, in fact it does have a direct line of sight to a water source that provided an abundant supply for the entire region. And here we have unveiled the mystery -our fortress served exclusively to guard a piece of Critical Infrastructure at that time: the most important drinking water supply in the entire countryside, the so-called Fuente de las Aguzaderas. A whole castle just to watch over a source of water supply!
Therefore, the location of the castle makes complete sense. It is in line with the current line of protection of critical infrastructure, which governs our water and sanitation sector. One example is the Spanish Law 8/2011, which establishes measures for the protection of critical infrastructure. Another is the recent joint work with NATO that we have carried out with the European Federation of National Supply and Sanitation Associations (EurEau), through which we have worked together to promote the strategy of protecting this type of infrastructure against possible risks related to international terrorism, weapons of mass destruction and organized crime. We have to consider the importance of our current sources of water supply and associated infrastructure (reservoirs, catchments, treatment plants, pumping stations, water tanks, pipelines, distribution networks, connections, etc…).
To quote the preamble of that above-mentioned Law: "in this framework, the dependency that societies have on the complex system of infrastructures that support and enable the normal development of the productive sectors, of management and of citizen life in general, is increasing. These infrastructures tend to be highly interdependent with each other, which is why the security problems that can be triggered cascading through the system itself have the potential to cause unexpected and increasingly serious failures in basic services for the population". The importance of this legislation for our sector is evident, and it is where appropriate and timely measures to guarantee safety and minimize risks are already being implemented.

Going back to history

What happened to our Castle throughout history? Well, it was abandoned before the Christian Reconquista, after which it suffered successive attacks that substantially affected its structure. Subsequently, it was rebuilt in 1383 by Don Ruy Pérez de Esquivel and, from then on, in the following centuries it changed hands multiple times, from the Church to the Crown, passing through several noble families; it was then renovated but finally left derelict in the 19th century.
It was not until 1923 when the professor and archaeologist Feliciano Candau and the Duke of Medinaceli, struck by its beauty, got the State to declare it a National Monument; it was restored in the 1970s, and today it is owned by the municipality, which takes advantage of its impressive courtyard to hold various cultural activities. My dear friend, the engineer Casimiro Barrero Candau -descendant of the aforementioned archaeologist, taught me the secret a few years ago!
I hope that my brief text about this significant yet little-known landmark will help us to remember that we must protect our Critical Infrastructure in a sustainable manner, for the enjoyment and service of our future generations. 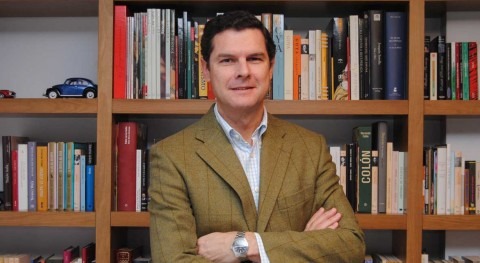