Mark O. Cuthbert
I am a research scientist which a particular interest in how climate and groundwater systems interact.
twitterweb

Groundwater reserves in Africa are estimated to be 20 times larger than the water stored in lakes and reservoirs above ground. These are the freshwater stores that flow in rocks and sediment beneath the Earth’s surface. They are a vital source of drinking water in sub-Saharan Africa, where groundwater is often the only year-round supply of fresh water in rural areas. Increasingly it is being used in towns and cities as well.

Accessed through wells, boreholes and springs, groundwater is so valuable because it can be found almost anywhere and is generally high quality. It’s often a more reliable source during drought than other water sources. As climate change affects the reliability of water supplies at the surface, more freshwater will likely be drawn from beneath the ground to support rising populations and to irrigate crops. The big question is how much groundwater can be used sustainably as the climate changes?

Despite its obvious importance, surprisingly little is known about how groundwater in sub-Saharan Africa is replenished and how resilient it is to climate change. The main reason for this is that, until now, scientists haven’t had access to groundwater level records that go far enough back to see how the climate and groundwater are linked. So regional assessments of groundwater have, to date, relied on computer simulations that aren’t tested by groundwater data.

Leer más: Water: underground source for billions could take more than a century to respond fully to climate change

Since 2014, scientists from across Africa and the world have compiled and analysed decades of groundwater and rainfall records from across sub-Saharan Africa. The aim is to understand how the amount of water stored underground varies from place to place according to the climate and the geology. The team found 14 long-term records from nine countries, with environments ranging from very dry deserts to humid areas with more rainfall and vegetation.

Groundwater levels are determined by the relative balance between recharge – the process by which groundwater is replenished – and discharge – the flow of groundwater to springs, streams, wetlands and the sea. The withdrawals people make, for irrigation or drinking water, also contribute to reducing the amount of stored groundwater.

By analysing long records of groundwater level and rainfall, our team showed that in wetter parts of Africa groundwater is mostly replenished by rainfall that trickles down through the soil to the water table, and that this occurs consistently over large areas.

But in drier regions, groundwater is mostly recharged locally by water leaking into it from temporary streams and ponds, which only flow after particularly heavy rainfall. This finding is important because previous studies have ignored how much leaking streams and ponds contribute to groundwater, and so are likely to have underestimated how well groundwater can be replenished in dry regions.

This has profound implications for our understanding of how resilient groundwater in Africa will be to climate change. It reveals that groundwater recharge is very sensitive to the intensity of rainfall, not just the overall amount of rain. This is especially true in the most naturally water scarce parts of sub-Saharan Africa.

These findings challenge predictions from computer models that freshwater will become scarcer in African drylands as climate change reduces rainfall. Instead, global warming is making rainfall come in fewer but heavier bursts – that could actually be good for increasing groundwater recharge overall.

Heavy rainfall and floods are often caused by weather patterns such as El Niño and La Niña. These are predictable up to nine months in advance. So, groundwater recharge could be enhanced by capturing a portion of flood water and storing it underground where it can later be withdrawn for drinking or irrigation during dry periods.

In some areas, the land surface might not be able to accept all of the potential replenishment that is available from rainfall. This happens when rocks are not very porous and unable to store much water, or in wetter areas where the water table is shallow. Pumping groundwater in such areas could create more “room” to accommodate greater seasonal replenishment.

The World Health Organisation estimated in 2015 that 319m people in sub-Saharan Africa still lacked access to safe water. This is also the only region in the world where per capita food production fell over the 20th century. As populations here grow, people will need to be able to withdraw more freshwater to drink and grow food in the face of more frequent droughts.

Crop irrigation fed by groundwater could be an important solution. This new research helps to show when and where groundwater could provide drinking water and be used to irrigate crops in a sustainable way, so that the stores of groundwater will still be there for future generations. For this, monitoring of groundwater levels should continue and be expanded across Africa.

Click here to subscribe to our climate action newsletter. Climate change is inevitable. Our response to it isn’t.

This article has been originally published in The Conversation. Read the original.

Water: underground source for billions might take more than a century to respond to climate change 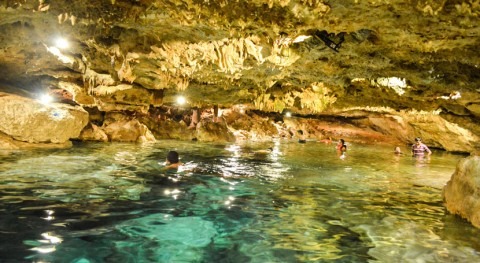