In his State of the Nation Address in February 2021, South Africa’s President Cyril Ramaphosa announced that the establishment of a National Water Resources Infrastructure Agency would be accelerated. It has been many years in the making.

The agency will place, under a single management, the development and operation of the systems that are crucial for the country’s water resource security. As well as building new water resource infrastructure, it will operate the existing dams and main transmission canals and pipelines that are currently run by the Department of Water and Sanitation.

The agency will also develop and operate specialist infrastructure like that which treats acid mine drainage. These functions are currently divided between the Department of Water and Sanitation and the Trans Caledon Tunnel Authority.

The unified agency will ensure that large water users such as metro municipalities, public utilities and big companies continue to fund the construction and operation of the major water systems on which they depend. Raising money from loans releases more of government’s budget funds to address social needs.

The new arrangement will also ensure that funds are properly applied. This will avert the kind of problems that resulted when billions of rands meant for operation, maintenance and loan repayments were irregularly diverted by a previous Minister of Water and Sanitation for a spurious “War on Leaks” project that never fixed a single leak.

Addressing weaknesses in the system

As important, the agency will allow the systems to be efficiently run. The government’s procurement and personnel processes are not designed to support specialised technical activities. They often delay and disrupt important operations. Government regulations make it difficult to hire and retain technical specialists or to create structured development opportunities for new graduates. The agency will be able to streamline procurement and recruitment using the processes already proven by the Trans Caledon Tunnel Authority.

Water infrastructure takes many years to plan and build and needs to be structured as a multi-year operation. But the planning and expenditure of government departments, like the Department of Water and Sanitation, is still controlled through annual budgets. These do not support a multi-year planning or allow loans to be raised to fund commercially viable projects.

A new approach was introduced when the Trans Caledon Tunnel Authority was set up in 1986 to help implement the Lesotho Highlands Water Project, a partnership between Lesotho and South Africa. Apart from building the outfall tunnels on the South African side, the authority raised loans to fund the construction in Lesotho and is paying them back using consumption charges paid to the Department of Water and Sanitation by bulk water users.

In the last 20 years, the Trans Caledon Tunnel Authority has completed other important projects. These include the dams and transfer infrastructure to supply Cape Town, the Ethekweni/Msunduzi corridor as well as power stations and Sasol’s refineries in Mpumalanga. All of these projects were financed by billions of rands worth of loans raised by the authority, which are being repaid through user charges.

While the Trans Caledon Tunnel Authority has proved to be an efficient project implementer, it depends on the department to collect the revenues from users. The weaknesses of this arrangement became obvious when the funds collected were used by the department for other purposes. This not only left the authority short of cash to repay its loans. It also starved department’s operations. This contributed to a serious maintenance backlog.

Tensions also rose when then-minister Nomvula Mokonyane instructed the Trans Caledon Tunnel Authority to build projects without any provision to fund them. There were also long delays in other critical projects while the minister sought to determine who would implement them.

Those incidents highlighted the need to bring the development of major water infrastructure under unified, focused and more disciplined and accountable management.

While the agency will help to ensure reliable bulk water supplies, it will not fix all failures at local government level. Aside from generalised bad management, dry household taps are not usually the result of a shortage of “raw water” in the rivers. They are the failure of municipalities to do the right thing at the right time to ensure supplies.

The agency will be able to help focus the municipalities on the actions they need to take to stay water secure.

Why not use the private sector?

After years of unhappy experiences with public organisations that fail to achieve their goals, why is government proposing to establish a new one – the National Water Resources Infrastructure Agency?

Public institutions are needed to meet public goals where there is no obvious alternative. It is a national priority to ensure high level water security – adequate supplies, reliably and predictably available – for big users such as municipalities and industries which support the population as a whole.

But South Africa’s water resources are fed by an irregular and unpredictable climate. Their management is best undertaken by public organisations since risks are just too high for private operators which would have to charge to store water for reliability as well as to supply it. As countries like Australia have found, the costs of reliability are difficult to calculate and recover.

In future, the national Department of Water and Sanitation will continue to monitor water demand and availability and do the over-arching planning to meet future demand. It will work with the agency to identify the best options to meet those needs. The agency will then implement the agreed strategy. It will also operate the systems and collect revenue, making it clearly accountable for the management of its systems.

This approach will, it is hoped, provide a foundation for South Africa’s water security for decades to come. The current Minister Water and Sanitation Lindiwe Sisulu, has said that she will take the necessary legislation to Parliament before the end of the year.

In 2008, efforts to establish the agency failed when Parliament rejected the legislation after complaints that it had not been properly discussed in the National Economic Development and Labour Council.

Now that there is a track record of successful public management by Trans Caledon Tunnel Authority and evidence of the dire consequences of a decade of muddled management in the Department of Water and Sanitation, the agency may have a better chance of success.

Not all droughts are the same: here’s what’s different about them 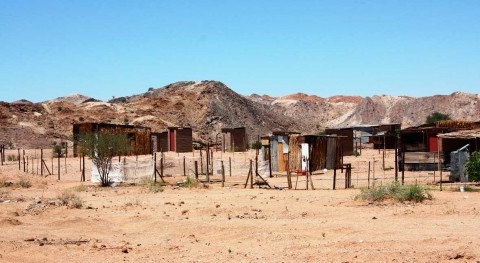 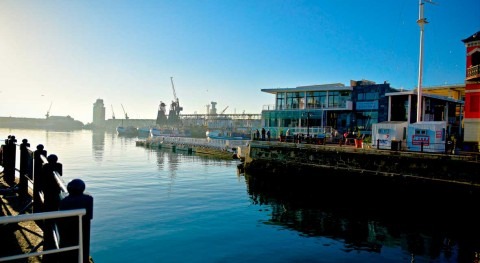 Panic over water in South Africa’s economic hub is misplaced 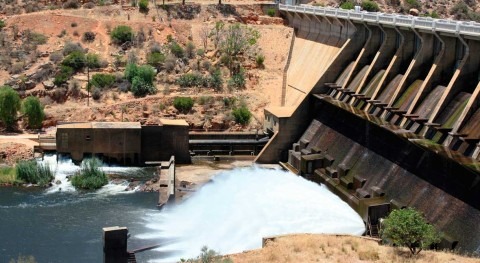