Blogs14
Robert Glennon
Robert Glennon is one of the nation's preeminent experts on water policy and law. The recipient of two National Science Foundation grants, Glennon serves as an advisor to governments, corporations, think tanks, law firms, and NGOs.
twitterweb

“This is a case about evaporated water.” Thus began U.S. Supreme Court Justice Brett Kavanaugh’s opinion for the Court in Texas v. New Mexico, decided on December 14, 2020. Wait a minute! The Supreme Court is a very busy Court with complicated, serious legal problems to resolve, yet they heard one about something that no longer exists?

The Pecos River starts in New Mexico and flows into Texas. In 2014, as a tropical storm threatened to flood the Texas portion of the Basin, the State of Texas asked New Mexico to store Pecos River water in a reservoir in New Mexico. A few months later, New Mexico released the water, but reduced the quantity by 6.8 billion gallons of water to offset water that had evaporated. Texas challenged that offset in the Supreme Court. Texas lost. Texas spent seven years fighting over evaporated water, even though the Court found that the law “easily resolves this case” in New Mexico’s favor.

As a metaphor about fights between states over water, a struggle over evaporated water conveys how desperate states have become as climate change diminishes flows in western rivers. Texas v. New Mexico teaches another lesson, if the states needed one, that litigation is an expensive, time-consuming, and uncertain route for resolving water disputes.

The process of evaporation provides most of the Earth’s fresh water. The sun’s heat changes liquid ocean water into a gas, which turns back into a liquid when it flows over land and precipitates out as rain or snow. Even though evaporation is fundamental to water supplies, it has rarely played a role in water policy.

The most notable failure to calculate evaporation losses concerns the Colorado River. The seven Colorado River Basin States and the Republic of Mexico have rights to 16.5 million acre feet of water (MAF) a year (an acre foot is roughly enough water to flood a football field to a depth of a foot). In the 1970s, tree-ring scientists determined that the actual flow in the River over the last 500 years was only 14 MAF. Legal rights exceed wet water!

Other scientists more recently measured evaporation losses off the Colorado River’s two huge reservoirs, Lakes Mead and Powell. With a combined surface area of more than 500 square miles, the lakes lose approximately 1.6 MAF a year to evaporation. As water levels in the lakes have declined during the drought of the last two decades, a proposal surfaced to reduce evaporation losses by draining Lake Powell and moving the water into Lake Mead.

The failure to understand the powerful role of evaporation has impeded efforts to promote water harvesting, that is, capturing runoff from roofs and other impermeable surfaces. Utah and Colorado have limited water harvesting on the theory that the runoff would end up in rivers where prior appropriators have senior rights to it. But studies have shown that water harvesting captures water that would have evaporated.

Evaporation can have serious consequences for water supplies. Consider a disturbing trend on the Great Lakes, the largest freshwater system in the world. Ice cover has declined by 71 percent over the last 50 years. The loss of ice cover exposes more surface water to evaporation loss. In the fall and winter, evaporation rates often exceed ½ inch per day. Doesn’t sound like much. But every ½ inch equals 820 billion gallons of water. The Great Lakes States need to factor these losses into their water plans.

Most recently, engineers have proposed installing solar panels above California’s 4,000 miles of canals. Covering the canals would reduce evaporation and save enough water to irrigate 50,000 acres of farmland. Other recent projects have floated solar panels on wastewater treatment ponds.

In a warming, water-stressed world, federal and state water agencies need to identify places where evaporation compromises water supplies and develop methods to mitigate or adapt to the inevitable process of evaporation.

Robert Glennon is a Regents Professor at the University of Arizona College of Law and author of Unquenchable: America’s Water Crisis and What To Do About It. He’s a frequent keynote speaker at conferences.

What is dead pool? A water expert explains 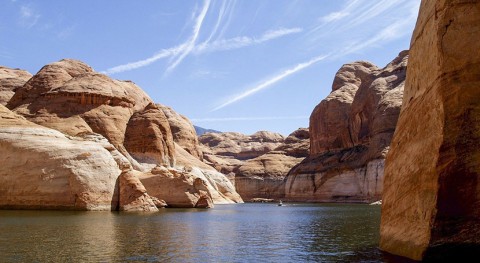 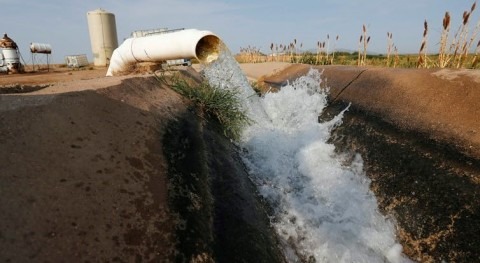 Interstate water wars are heating up along with the climate 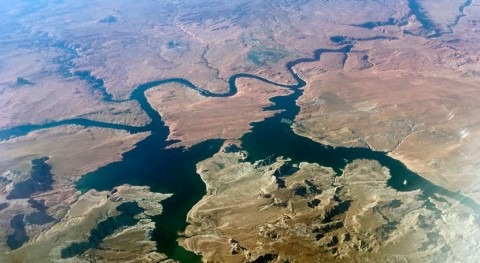 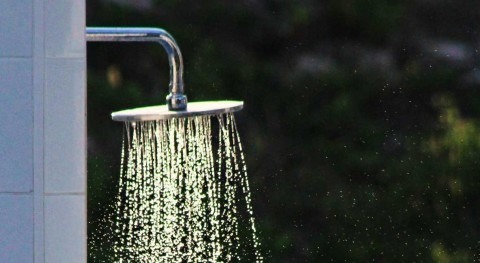