Regularly, media bombard us with the idea that we have to drink between 2 and 3 litres of water a day, assuming that a “normal” person does not take in enough liquid for their body to function properly. The problem with this statement is that it can be misleading, as it can be interpreted that this quantity does not include the water content in foods such as fruit and vegetables.

In a context where it is fashionable to have your water-bottle with you at all times, I wanted to analyse a potential consequence of what happens if we drink more water than we should. What is overhydration and what can it lead to? Is it possible to be ‘intoxicated’ by drinking too much water?

Under normal conditions, a healthy person whose hypothalamus (the portion of the brain that controls thirst), kidneys and heart are functioning smoothly can drink, although it is not recommended, up to 7 litres of water a day with a maximum of 1.5 litres per hour.

Exceeding this amount would result in water poisoning. This means the kidneys become overworked and the cells swell temporarily. The swelling in the brain causes pressure against the skull, thus one of the first symptoms of drinking too much water is a headache. Other symptoms are muscle cramps and tiredness as a result of sodium and potassium dissolving in the blood. It can also cause nausea, swelling or fluid accumulation in the lower legs, hyponatremia, which happens when the sodium concentration in the blood becomes very low and affects the brain function. Congestive heart failure, deep and prolonged sleepiness, hallucinations, convulsions and partial or complete paralysis are also signs of too much intake of water. In the most severe cases, it can also lead to coma and death.

Nevertheless, the human body has a built-in defence mechanism prior to water intoxication. For example, the brain reacts to excessive water intake by activating defence mechanisms like swallowing inhibition. This means, the throat closes making swallowing extremely hard, as this study carried out by the University of Monash shows.

In addition, neurons, which are particularly sensitive to hyperhydration, can adapt depending on the speed at which the water is ingested. This would be the case with a gradual or moderate intake. Conversely, the greater the speed, the greater the likelihood of the above-mentioned symptoms appearing.

Although accidentally consuming too much water is rare, drinking too much liquid without suffering water toxaemia is also harmful for a healthy human being, especially if the mineral salts that are lost in fluid removal are not replaced.

Humans must drink when they feel thirsty

Overhydration is not only caused by drinking excess water. It can be linked to kidney failure due to heart, kidney or liver diseases, or in premature babies whose kidneys have not yet matured. It may also be caused by the syndrome of inappropriate antidiuretic hormone (ADH) secretion (SIADH), when the body produces too much vasopressin (also called antidiuretic hormone) stimulating the kidneys to retain water unnecessarily.

Who is most at risk?

The population group that faces the biggest risk of water poisoning are elite athletes, or people who exercise more than 4 hours a day. This is known as ‘exercise-assosiated hyponatremia’.

One of the “classic” examples is that of marathon runners, who sometimes drink a lot of water before running their marathon. This excess can cause an over-elimination of mineral salts with the consequent water-electrolyte imbalance and the risk of over-hydration.

There is also a psychological disorder called primary polydipsia or psychogenic polydipsia, which is the impulsive desire to drink excessive fluids, which can lead to hyperhydration.

How to cure it

The first step to stop overhydration is to restrict the intake of liquids. Reducing water intake to one litre per day usually improves the condition of the affected person within a few days.

If hyperhydration occurs with an excessive blood volume due to heart, kidney or liver disease, restricting sodium intake is also beneficial as it stimulates the body to retain water.

Real-life cases of water intoxication are not very frequent, except in marathon runners and in cases of dangerous wagers with friends. One case was that of Jennifer Strange, a woman from Sacramento, who died from hyperhydration during a radio contest called “Hold Your Wee for a Wii”.

Matt Carrington also died as a result of a hazing ritual while attending Chico State University in Chico, California. Four Chi Tau House members forced him to drink excessive amounts of water and perform calisthenics in an extremely cold basement. Carrington collapsed and died of overhydration.

In the case of athletes, during the Boston Marathon in 2020, Cynthia Lucero lost her life due to drinking excessive fluid. Moreover, in 1999, during a training session of the US Air Force, Michel J. Schindler passed away because of overhydration when he took part in hike of 9 kilometres. Craig Barret from New Zealand also collapsed due to excess water in the final kilometres of the 50km race at the 1998 Commonwealth Games, although luckily he was treated in time. 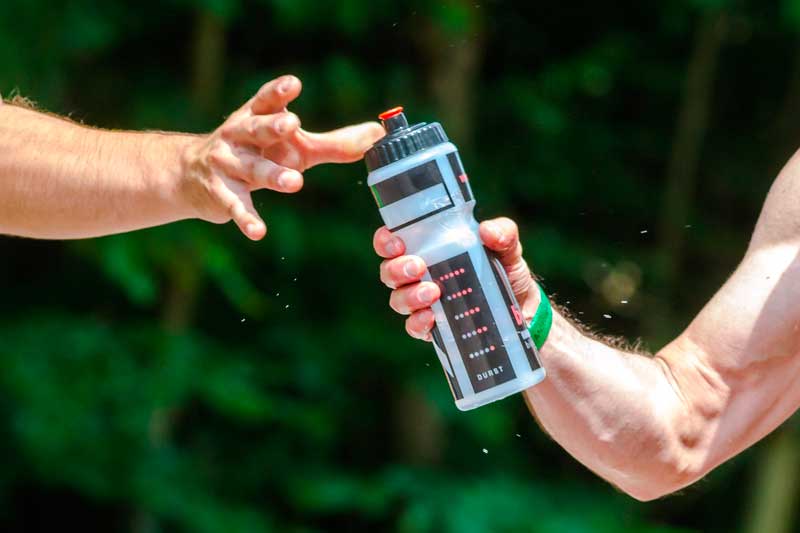 Human beings must drink water when we are thirsty, and not beyond the means of the human body. Isotonic drinks are a good option when it comes to doing long-lasting physical exercise training, as they replenish the levels of sodium and other electrolytes that are lost through exertion.

On the other hand, competing in these types of sports requires a good professional preparation that will prepare us to measure hydration during exercise and to regulate sodium levels, which translates into 1-1-5 grams of salt for each litre of non-energy drink (1/5-1/3 teaspoon) and 0.5-0.7 grams of salt/litre in the case of energy drinks. 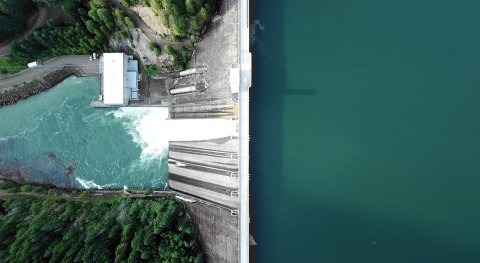