Blogs82
Anindita Sarkar
Along with my current position as Assistant Professor for Geography in University of Delhi, India, I have been actively involved in applied research through a series of consultancies and government-funded research projects.

The recent UN Intergovernmental Panel on Climate Change (IPCC) report found global sea levels have been rising at an accelerated rate. As an archipelagic state with more than 17,000 islands stretching over 80,000 kilometres of coastline, Indonesia should be alarmed by these findings.

Last year, Indonesia’s National Research and Innovation Agency projected that at least 115 of Indonesia’s islands will be underwater by 2100 due to a combination of sea level rise and land subsidence. A new research even found that 92 outermost islands of Indonesia have the potential to sink due to rising sea levels.

This concerning trend may pose a threat to Indonesia’s status as an “archipelagic state,” which is a novel legal concept adopted in the United Nations Convention on the Law of the Sea (UNCLOS) in 1982 after decades of diplomatic efforts by Indonesia and other archipelagic countries.

While some of Indonesia’s outermost islands are likely uninhabited, they provide a strategic value as they are the basis to delimit Indonesian waters.

Can Indonesia retain its territorial integrity as an archipelagic state if some of its outermost islands are submerged underwater?

The importance of archipelagic status

Indonesia benefited greatly from the archipelagic state regime set out in UNCLOS as it permitted Indonesia to claim sovereignty over all of the waters between its islands that were previously deemed as high seas. This sovereignty also means Indonesia has exclusive rights to all of the resources in and under those waters.

Indonesia was able to enclose its archipelago by drawing a special line known as an “archipelagic baseline”. This line is used as a reference for determining the territory of an archipelagic country. It is made up of points called basepoints that shall be on the outermost islands, drying reefs or even low-tide elevations (a naturally formed area that is above water at low tide but submerged at high tide).

Waters inside those archipelagic baselines fall under an archipelagic state’s sovereignty. The seaward limits of the state’s maritime zones (such as territorial waters or exclusive economic zones) are also measured from those lines.

If sea level rises, the basepoints used for drawing archipelagic baselines might be partly or fully covered by water. As a result, the distance between one designated basepoint and another may become longer than what is permissible under UNCLOS.

So if some of Indonesia’s basepoints retreat landward because of rising sea levels, it might affect the measurement of the allowable distance between all the basepoints. In a worst-case scenario, where the basepoints are completely underwater, Indonesia may have to find alternative basepoints or rebuild them.

In extreme cases, rising sea levels could cause total territorial loss, including the loss of baselines and maritime zones measured from them.

For example, Kiribati already faces an existential threat as it is composed entirely of low-lying atolls barely two metres above sea level.

Indonesia’s archipelagic baselines aren’t measured using low-tide elevations, but many of its basepoints are reefs (which are less likely to keep up with sea level rise) and small islands. The height above sea level of many of these basepoints is still unknown, so it’s unclear what will happen to them in the long term based on the IPCC projections.

The International Law Commission – a UN body of legal experts charged with the codification and progressive development of international law —- is studying some of the difficult legal issues pertaining to sea level rise.

While this is still underway, the International Law Association – an international NGO with a consultative status with several UN specialised agencies – has concluded that baselines will shift due to coastline movement.

What can Indonesia do to protect its status?

Indonesia needs to assess the impact of sea level rise to the outermost points of its outermost islands and drying reefs of its archipelago. We need more research to record the heights above sea level of these basepoints, and how much they will be impacted by sea level rises.

In 2020, Indonesia urged the UN to uphold the stability of boundary agreements, regardless of coastline movement due to sea level rise. Indonesia could also consider declaring its archipelagic baselines as final once defined and declared notwithstanding sea level rise.

To protect their territorial integrity, Indonesia and other Southeast Asian countries threatened by rising sea levels could adopt a regional declaration recognising the stability of their baselines and thus secure their maritime entitlements.

This is similar to what the Pacific countries have done. In 2015, seven Polynesian leaders issued the Taputapuātea Declaration on Climate Change that permanently established baselines without taking into account sea level rise.

As chairs of ASEAN this year, Indonesia could take this opportunity to follow in the footsteps of the Pacific countries to take a collective action to respond to rising sea levels. 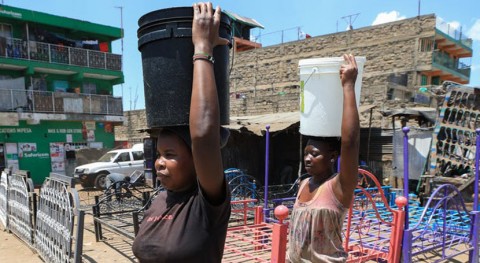 Why Kenya’s urban poor are exploited by informal water markets 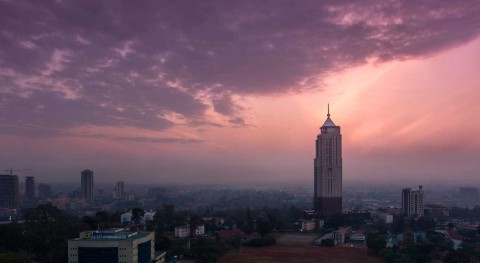