Less than halfway through the 2020 wildfire season, fires are burning large swaths of the western U.S. As in previous years, these disasters have entered populated areas, damaging drinking water networks. Water systems have lost pressure, potentially sucking in pollutants, and several utilities are warning of possible and confirmed chemical contamination.

We are environmental engineers who help communities affected by disasters, including support for responses to the 2017 Tubbs Fire and 2018 Camp Fire in California. As we concluded in a recently published study of burned areas, communities need to upgrade building codes to keep wildfires from causing widespread contamination of drinking water systems. They also need to act more aggressively to protect residents from possible toxic exposure immediately after fires.

After both the 2017 Tubbs Fire in California’s Sonoma and Napa counties and the 2018 Camp Fire in Butte County, California, drinking water tests revealed a plethora of acutely toxic and carcinogenic pollutants. Water inside homes was not safe to use – or even to treat.

After the fires passed, testing ultimately revealed widespread hazardous drinking water contamination in areas affected by both fires. Evidence suggests that the toxic chemicals originated from a combination of burning vegetation, structures and plastic materials.

Chemicals in the air may have also been sucked into hydrants as water pipes lost pressure. Some water system plastics decomposed and leached chemicals directly into water. Toxic chemicals then spread throughout pipe networks and into buildings.

Limited water testing by state and local agencies showed that benzene and naphthalene were present at levels that could cause immediate physical harm. These chemicals, as well as methylene chloride, styrene, toluene and vinyl chloride, exceeded limits for longer-term exposure.

All of these substances are volatile organic compounds – chemicals that readily evaporate into the air at room temperature. Many of them cause cancer. All can cause vomiting, diarrhea and nausea after a brief high-concentration exposure.

Simply running a cold water faucet can release volatile organic compounds from tap water into the air. Heating water for showers or cooking makes them enter the air even faster, creating a more severe inhalation risk. Some can also be absorbed through the skin.

In our view, agencies should not underestimate health hazards posed by fire-damaged drinking water systems. Just in the past month, after the CZU Lightning Complex Fire burned parts of San Mateo and Santa Cruz counties, California officials and a water utility issued and reissued an advisory allowing children to bathe in potentially contaminated drinking water. Five days later, when limited test results became available, both organizations recanted and said no one should bathe in the water.

To avoid this kind of error, we recommend issuing “Do Not Use” orders in the wake of major fires to protect the public before water testing results are available. We believe it is acceptable to use water for fire fighting and toilet flushing, but not for purposes that involve ingestion, skin exposure or inhalation, such as bathing or cooking.

Under no circumstance should people be told to smell the water to determine its safety, as officials recommended for months after the Camp Fire. Many harmful chemicals have no odor, so only testing can determine safety.

Advisories to boil water should not be used, since boiling speeds up the release of toxic chemicals into the air. Nor do we recommend “Do Not Drink/Do Not Boil” advisories, which allow bathing in contaminated water.

Before agencies lift or modify advisories, we believe they should be required to carry out thorough chemical screens of water systems. Too often, officials charged with protecting public health fail to take this step, exposing people to needless risk. More typically, they act like California’s San Lorenzo Valley Water District, which lifted a post-wildfire “Do Not Drink/Do Not Boil” order in parts of its territory on Sept. 7, 2020 with a notice to ratepayers that “If test results reveal anything harmful, you will be advised promptly.”

Agencies also need to test buildings for water contamination. Home drinking water quality can differ from room to room, so reliable testing should sample both cold and hot water at many locations within each building.

While infrastructure is being repaired, survivors need a safe water supply. Water treatment devices sold for home use, such as refrigerator and faucet water filters, are not approved for extremely contaminated water, although sales representatives and government officials may mistakenly think the devices can be used for that purpose. While survivors wait for safe water to return, government agencies should ensure that reliable emergency water supplies are available.

Our research underscores that community building codes are inadequate to prevent wildfire-caused pollution of drinking water and homes.

Adopting codes that require builders to install fire-resistant meter boxes and place them farther from vegetation would help prevent infrastructure from burning so readily in wildfires. Concrete meter boxes and water meters with minimal plastic components would be less likely to ignite. Some plastics may be practically impossible to make safe again, since all types are susceptible to fire and heat.

As the past several years have shown, many communities need to be better prepared for wildfires. Two years after the Camp Fire, the town of Paradise, California is still clearing and repairing its water system, at an estimated cost of up to US$150 million. We believe the time to upgrade in other towns is now. 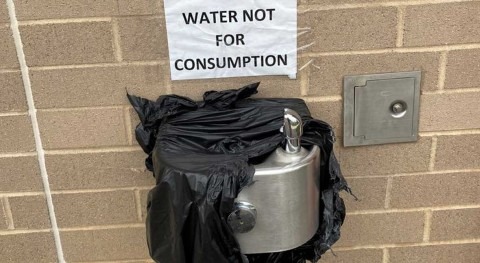 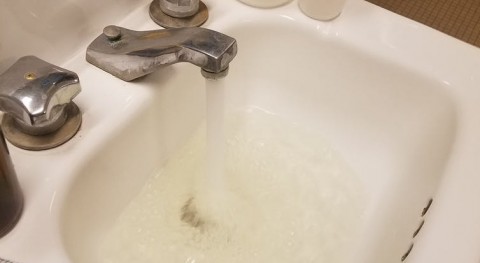