Wetlands don’t always come to mind other than on February 2nd, when we celebrate World Wetlands Day, and people probably don’t realise their worth, but Canada’s CBC Radio show What on Earth recently focused on them as “the secret weapon to fighting climate change”.

Wetlands – marshes, swamps, peatlands – are very effective at absorbing and storing carbon, so they are extremely important in the fight to mitigate the effects of climate change: as carbon sinks, but also attenuating floods, relieving drought, and protecting coastlines. Peatlands cover about 3% of our planet, but they store some 30% of all land-based carbon, that is, twice the amount than the world’s forests.

Wetlands were often drained or filled in the past, when they were considered wasteland. In Canada, most of the wetlands in the north are intact, but 68% of the original wetland area in southern Ontario has been converted to other uses such as agriculture and housing. Nowadays the many ecosystem services wetlands provide are recognised, and in 2019 World Wetlands Day highlighted the important role they play to combat climate change.

The CBC spoke to professor Gail Chmura from McGill University, who studies salt marshes in the Bay of Fundy, on Canada’s Atlantic coast. These meadows flooded by ocean tides comprise grasses and wildflowers which store carbon dioxide from the air in the green part of the plant. "But, also, three to five times more gets stored in the organic matter — in the roots in the soil”, adding that "we have 3,000 years of carbon stored in these marshes".

Although 77% of the marshes in the area have been lost due to draining and dikes, they are easy to restore by opening the dikes. They found that at restoration sites, carbon capture increased beyond expectations after just six years. "They immediately serve as tremendous carbon sinks — as good a carbon sink as the undisturbed marshes in the same region."

Valuing wetlands is a step towards creating the will to protect them, Sheri Young, a climate change and energy specialist with the town of Okotoks in the province of Alberta, told the CBC. The town assessed the value of their natural assets providing services such as air quality and carbon sequestration, estimating a whopping $3.2 million. They can now use that figure when it comes to considering potential developers’ proposals that could alter those natural assets. Their wetlands are worth preserving not just for their own sake, but also to offset the town’s carbon emissions and to better adapt to increasingly more frequent storm and heat events.

There is much talk about nature-based solutions to tackle the climate crisis. This solution makes for an easy choice: restore wetlands; or even easier: preserve existing ones. The case for investing in wetlands is as strong as can be. 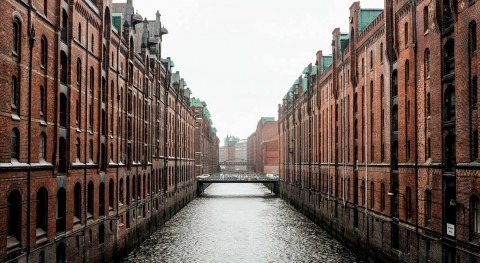