World Wetlands Day 2019: we are not alone against climate change

World Wetlands Day is celebrated every year on February 2nd to commemorate the signing in the city of Ramsar of the intergovernmental treaty for the conservation and wise use of wetlands and their resources: the 1971 Convention on Wetlands. The theme for 2019 is 'Wetlands and climate change', which aims to highlight the important role played by wetlands in the fight against climate change, because with wetlands in the world, we are not alone in our fight against global warmth.

"We are not powerless against climate change"

Science is clear about it: the global emissions of greenhouse gases due to human activity have increased since the pre-industrial era. The recent Paris Agreement to keep the average global temperature rise this century below 2 degrees Celsius, and Sustainable Development Goal 13 on Climate Action, encourage everyone to take action to reduce the impacts of climate change. 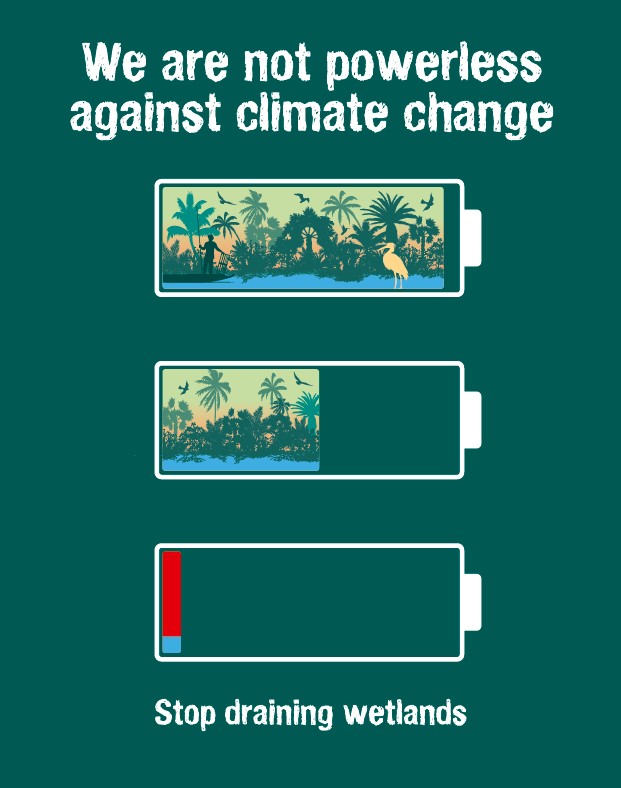 But just looking at temperature is not enough; we have natural allies that can help us mitigate the effects of climate change: wetlands.

Wetlands protect coastlines from extreme meteorological events. Salt marshes, mangroves, seagrass beds and coral reefs act like shock absorbers. They reduce the intensity of waves, storm surges, and tsunamis, shielding the 60% of humanity who lives and works along coastlines from flooding, property damage and loss of life. Wetlands reduce floods and relieve droughts. Inland wetlands such as floodplains, rivers, lakes and swamps function like sponges, absorbing and storing excess rainfall and reducing flood surges. They store and release water, delaying the onset of droughts. 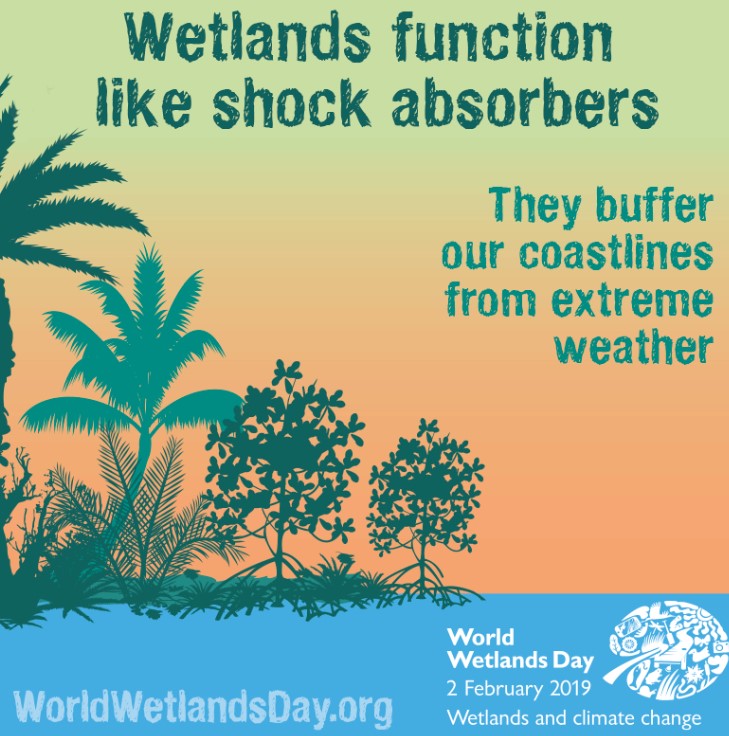 Wetlands naturally absorb and store carbon. Peatlands, mangroves, and seagrass meadows are the most effective carbon sinks on Earth, since they absorb and store vast amounts of carbon (when drained, they release large amounts of carbon). In addition, peatlands cover about 3% of our planet’s land, but they store approximately 30% of all land-based carbon, that is, twice the amount than all the world’s forests combined. 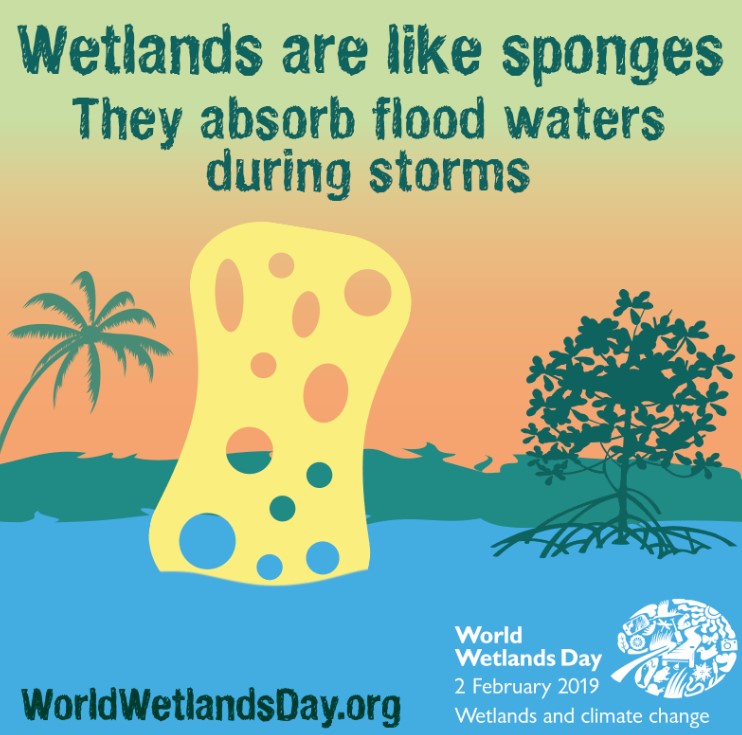 In summary, wetlands provide important benefits in the fight to mitigate the effects of climate change: they absorb and store carbon, reduce floods, relieve droughts, reduce the intensity of waves and act as a buffer in coastlines. 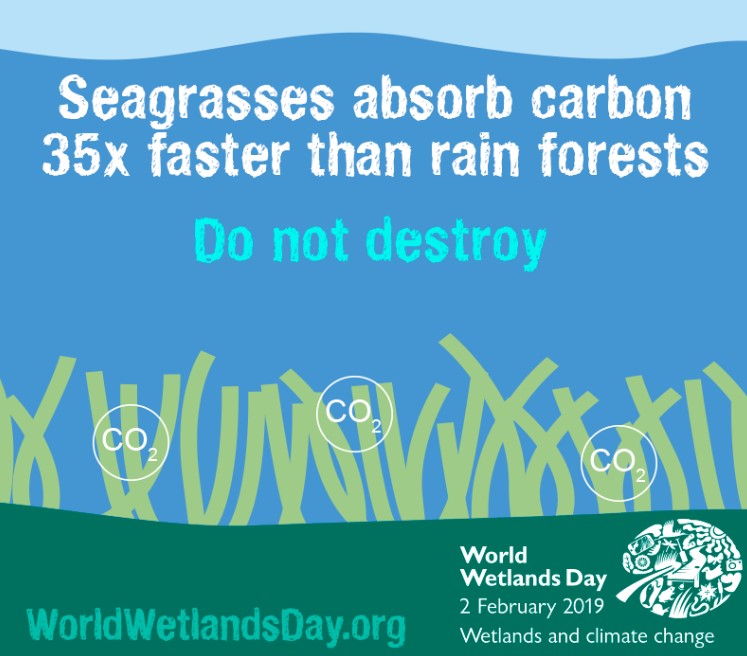 But that is not all, the list is almost endless: 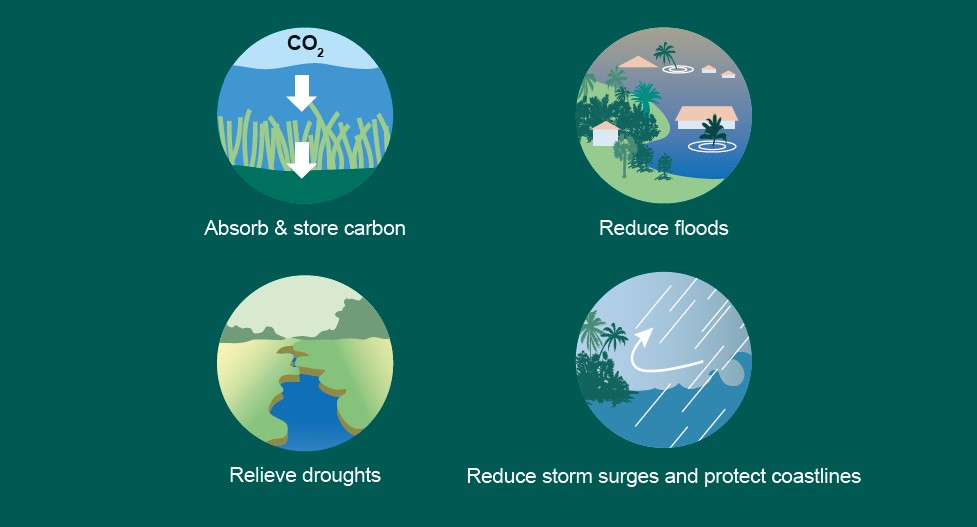 Even though wetlands provide many benefits, 35% of the world's wetlands have been lost since the 1970s. Also, the global extent of wetlands is estimated to have declined between 64-71% in the 20th century, and wetland losses and degradation continue worldwide.

Preserving the hydrological cycle and protecting water are essential for nature conservation. Human life cannot exist without water, so we have a challenge ahead: preserve and restore the functions of wetland ecosystems. This green infrastructure helps to stop the Earth's degradation and to fight climate change.

Wetlands provide essential services to ensure our quality of life, and we should take into account that wetlands and cities can be great allies to achieve sustainable development: they are key for our future. Therefore,  we owe a great debt to wetlands for the beneficial tasks they perform for us. 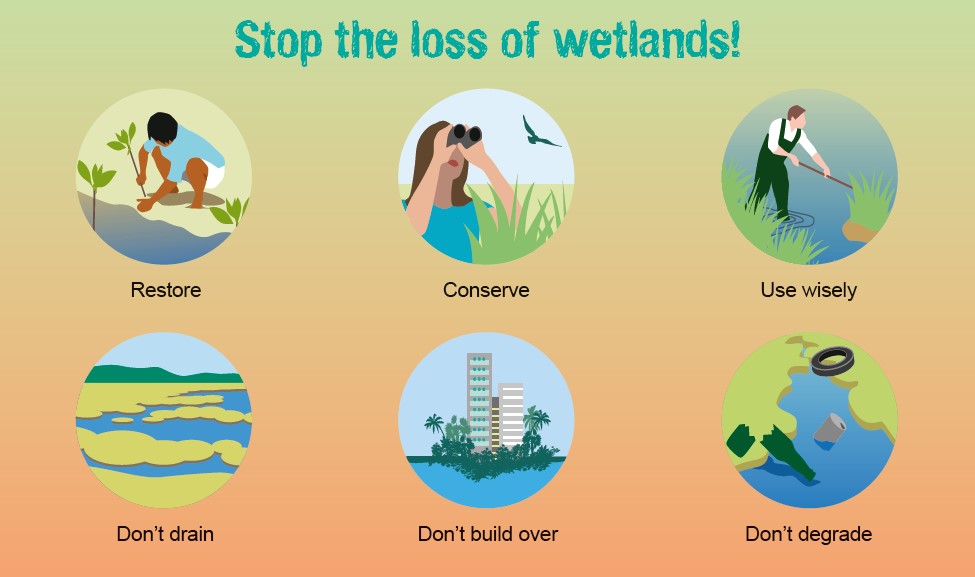 Even though the wetlands of Spain are of great value, the country still faces problems to preserve them. For instance, the European Commission is taking Spain to Court for failure to protect the Doñana Wetlands, something experts have been warning about for years.

Environmental organisations such as Greenpeace denounce the current situation, where water demands far exceed its availability, leading to wetlands that are close to disappearing. In 2017, as we celebrated the World's Wetlands Day, we had the opportunity to talk with two entities that fight daily to preserve wetlands in Spain.

Eduardo de Miguel, Managing Director of the Global Nature Foundation, reminded us during an interview that 'more than 50% of Spain's biodiversity is associated with wetlands' and he criticised that 'wetlands have always been ignored, even by the communities around them', a fact must change.

Moreover, Roberto González, in charge of the 'Alas sobre Agua' [Wings over Water] programme of SEO/BirdLife, denounced, among other things, the huge loss in surface area experienced by the Doñana Wetlands.

In short, it is in our hands, and not in others, to preserve the wetlands, so we can flourish together. #MaintainWetlands.