Water shortages and declining supplies, coupled with over-building of coal-fired capacity and increasing competition from the likes of wind, solar and hydropower are three major challenges facing India’s coal sector – and experts predict that these issues are only going to intensify in the future.

A new report – Risks Growing for India’s Coal Sector – from the Institute for Energy Economics and Financial Analysis has found that the industry is facing increasing pressure, with ongoing water shortage issues in the country forcing the closure of 61 plant shutdowns between 2013 and 2017.

Water-related problems are predicted to worsen as the duration and severity of drought and flooding are exacerbated by the impacts of climate change. Currently, around 41GW of India’s installed thermal capacity is in areas affected by drought, with around 37GW located in places of extreme drought.

Co-author of the report and director of resource planning analysis with the IEEFA David Schlissel said: “The energy landscape has changed dramatically in recent years and there are increasing stressors, particularly on the thermal coal sector, that require urgent attention, water being one of the most prominent.”

A serious boom in plant construction in the early 2010s led to significant over-capacity, now 20 per cent higher than India’s peak demand level and 50GW above average demand levels.

Report co-author and researcher at the Applied Economics Clinic Bryndis Woods made further comments, saying that overbuilt capacity has led to two problems. A drop in utilisation rates has been seen, which has made coal plants less competitive as they have to spread costs over a falling number of kilowatt hours.

And over-capacity has put a burden on the entire system since capital costs have to be covered by coal plants, even if electric output isn’t needed.

While India may seem worlds away from us here in the UK, it might surprise you to hear that we too are affected by water-related issues.

Earlier this year, Sir James Bevan – chief executive of the Environment Agency – explained that climate change will mean that the UK faces hottier, drier summers and come the year 2040, it’s expected that more than half the summers we have will surpass temperatures seen in 2003.

And by the year 2050, the amount of water we have available in this country could be reduced by between ten and 15 per cent. Some rivers could see between 50 and 80 per cent less water in the summer, driving up the risk of drought as a result of hotter weather and less predictable rainfall.

So now’s the time for businesses of all shapes and sizes looking at how they can conserve water and put supplies to more efficient use. For example, you could consider talking to rainwater harvesting consultants to find out how to go about collecting and storing the water that falls on your roof area to be used instead of mains water.

We Discuss The Water Retail Market And Switching Water Supplier 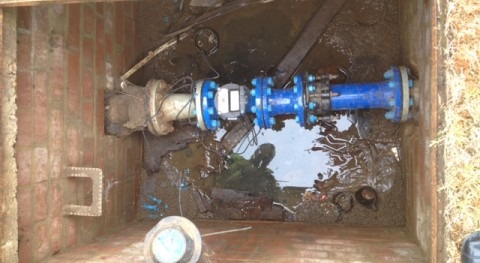