Blogs142
Ilan Kelman
Ilan Kelman is a Professor of Disasters and Health at the UCL Institute for Risk and Disaster Reduction and the UCL Global Health Institute in the UK, as well as Professor II at the University of Agder in Norway.
twitterweb

The devastating flooding affecting Pakistan has killed over 1,300 people, damaged over 1.7 million homes, and is disrupting food production. Over 33 million people have been affected so far.

The destruction caused by these so-called “natural disasters” is often accepted as largely unavoidable and unpredictable. Climate change is also blamed for the alleged increased frequency of disasters.

However, decades of research explain that disasters are instead caused by sources of vulnerability rather than by the climate or other environmental influences. Sources of vulnerability stem from a lack of power and resources to prepare for hazards. This includes poorly designed infrastructure along with social marginalisation and inequity, which restrict access to education and other key services.

A disaster is where the ability of people to cope with a hazard or its impacts by using their own resources is exceeded. Where resources are scarce or inadequate, a hazard often adversely affects people.

Consequently, framing a flood as a “natural disaster” deflects from the reality that vulnerability must exist before a crisis can emerge. The failure of governments to suitably prepare people for these hazards is a root cause of disaster. No matter the severity of the flooding event, a disaster can be avoided.

Pakistan has been subject to regular flooding throughout history. This year’s flood is the country’s sixth since 1950 to kill over 1,000 people. These disasters have encouraged numerous attempts at flood risk management.

However, vulnerability towards flooding remains high. Many of the existing management measures may even have unintentionally worsened the effects of flooding. Poorly implemented urban development throughout Pakistan has further contributed by exacerbating surface runoff.

Structural measures have dominated flood risk management in Pakistan. This is despite research suggesting that a reliance on them can worsen the impact of flooding.

People tend to view engineered structures as being safe and protective. Presuming the infallibility of these structures, they adjust their livelihoods and lifestyles accordingly. When a large flood occurs and these structures are breached, the impacts of flooding are amplified.

In 2005, the Shadi Kaur dam in the southern province of Balochistan broke during heavy rains, claiming the lives of over 135 people. The current floods have damaged eight dams in the same region.

Pakistan’s focus on large scale infrastructure and response measures has led to a neglect for nonstructural risk reduction measures. Many people therefore have few options to address their vulnerability.

A 2016 study concluded that people in Pakistan’s Khyber Pukhthunkhwa province had little awareness of flood risks and how to prepare. Education and employment rates in the region remain low. A literacy rate of 57% greatly restricts access to information enabling risk reduction.

Many people continue to live on floodplains for agriculture and as a result remain highly vulnerable. Despite investment in warning systems, these serve little purpose if people are unaware of how to act or do not have the resources to do so.

Gender inequity remains prevalent across rural Pakistan. This makes women particularly vulnerable to flooding because they are more likely to face the issues related to employment and education highlighted above.

The extensive damage during this year’s flooding is therefore unsurprising. Khyber Pukthunkhwa has been badly inundated, forcing almost 70,000 people into temporary camps.

Pakistan’s current flood management strategies do not adequately address vulnerability. While flood management is gradually shifting away from centralised and post-disaster measures, progress has been slow.

Pakistan needs to adopt a proactive approach to swiftly address the underlying causes of vulnerability. People need better access to information about flood risks as well as the resources to help them prepare. In the future, disasters will persist unless profound changes are made. This must include steps to ensure effective governance, to encourage safe land use and to guarantee full access to education.

Human activities are changing the climate with clear consequences on the weather. An extended period of high rainfall contributed to severe floods in Pakistan this year. However, the consequent catastrophe has been created by human actions.

The resources and techniques exist to avoid flood disasters in Pakistan. However, these resources have not been distributed effectively. While climate change influences the frequency of flooding, it does not create flood disasters. Where vulnerable people are placed at risk, a catastrophe follows.

Floods are going to get worse: we need to start preparing for them now 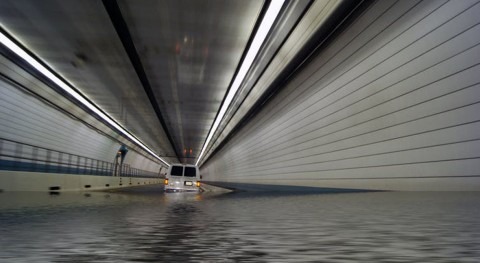