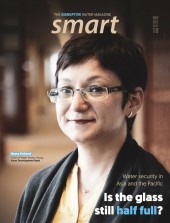 Water privatisation became mainstream policy in the 1980s. While England and Wales went to the extreme of transferring ownership of water utilities to private shareholders, elsewhere privatisation took the form of concession and lease contracts. These were common across Europe and Latin America and often featured in the World Bank country programmes.1

Privatisation was intended to stimulate efficiency in water systems and raise finance for investment, but the results were disappointing. Contracts were difficult to achieve and sustain. Some countries struggled to get privatisation off the ground. Once signed, contracts were often quickly renegotiated. And many contracts were cancelled including some high-profile failures such as in Cochabamba, Buenos Aires and Dar es Salaam. Empirically there was little clear-cut evidence of efficiency gains and the private sector failed to address intractable issues such as reducing unaccounted-for water and expanding access. Privatisation failed to raise finance on anything like the scale anticipated.2

As a result, private sector involvement in water has stagnated in much of the world (apart from China)3 but new trends are emerging. The focus of private sector operations has shifted towards transactions that are smaller in value and less complex for example with stand-alone BOT projects such as water treatment or desalination plants. These are lower risk for investors than long term concession contracts to provide water services. In addition, there has been an expansion of donor-sponsored support for creating ‘bankable’ projects for infrastructure investors such as with the G20 Global Infrastructure Facility, and numerous private databases such as Preqin.com have emerged that link global finance with infrastructure projects.

The failures of privatisation led to greater efforts to make water investments attractive; there are some concerns with this approach

Thus, the failures of privatisation have led not to a commitment to strengthen public services but to greater efforts to make water investments attractive to investors. There are some concerns with this approach to providing water services:

First, a focus on private investment risks that the needs of investors will dominate sector policy. Attracting private investment is costly for governments, and efforts to shape water systems in ways that are palatable to global finance risk increasing fragmentation. Establishing ‘bankable’ projects leads governments to separate potential segments which can be ring-fenced to ensure secure returns for investors.4

Second, the expectations of private sector engagement continue to be far-reaching and unrealistic. Private finance is seen as vital to achieving the SDGs in water5 despite the persistent lack of empirical evidence regarding superior efficiency or revenue raising. There is excessive optimism regarding the outcomes of market-based solutions to development challenges.6

Finally, public and private finance are not substitutes. The private sector does not bring finance but rather invests with a view to recouping the initial outlay with a profit. In the long term, investor returns are financed by tax payers and consumers such as households as they meet their basic needs. Water privatisation therefore perpetuates and exacerbates structures of inequality.

Despite 30 years of policy focus, the private sector has failed to lead to significant improvements in the equitable and sustainable supply of water. Still one in four of the world’s population lacks access to safe supplies. Diverting public funds to attract investors rather than directly investing in infrastructure is a risky and potentially costly strategy for governments. In numerous cities, privatised water has reverted to public control.8 Rather than constantly changing the tools and technicalities to try and shoehorn private capital into water, attention needs to be redirected towards building equitable and sustainable public water services for all.

7‘Water – what is going on?’ Dieter Helm, 2021 - http://www.dieterhelm.co.uk/natural-capital/water/floods-water-company-r... 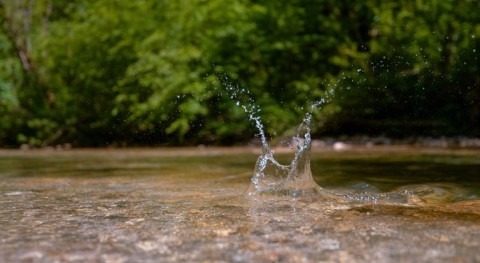