Punjab, the land of the five rivers, turned into India's breadbasket

The state of Punjab, in the northwest of India at the foothills of the Himalaya, is the land of Maharajas and the region of origin of the Sikh religion, with a rich cultural history. With 28 million people and a land area of about 50,000 km2, Punjab is one of the more densely populated parts of the world, but it is also the country's breadbasket, something that makes it one of the richer states in India (it produces nearly 2% of the world's wheat).

This little-known land is located in a fertile floodplain with an extensive system of irrigation canals, built for the most part under the British mandate. Its agriculture benefits from abundant precipitation that occurs during the monsoon rain season and in the winter. In Punjab the rain season starts the first week of July, receiving most of the rain from the monsoon current in the Bay of Bengal. The monsoon starts to ease off in the second week of September, with a gradual change in weather and temperature. Between October and November there is a period of transition between the monsoon and the winter season, which brings rain once again.

The combination of rainfall and the important irrigation network allows growing a wide variety of crops besides wheat: from sugar cane to basmati rice, which is exported to the rest of the world. This way, India has been able to address the food insecurity that threatened the country since it became independent in 1947, ensuring through the years its food self-sufficiency through agriculture, as well as the expansion of its market and economic wealth.

The five rivers Punjab took its name from:

The Sutlej River: The waters of the Sutlej are allocated to India under the Indus Waters Treaty between India and Pakistan, and are mostly diverted to irrigation canals in India.  There are several major hydroelectric projects on the Sutlej, including the 1,325 MW Bhakra dam, the 1,000 MW Karcham Wangtoo hydroelectric plant and the 1,530 MW Nathpa Jhakri dam. 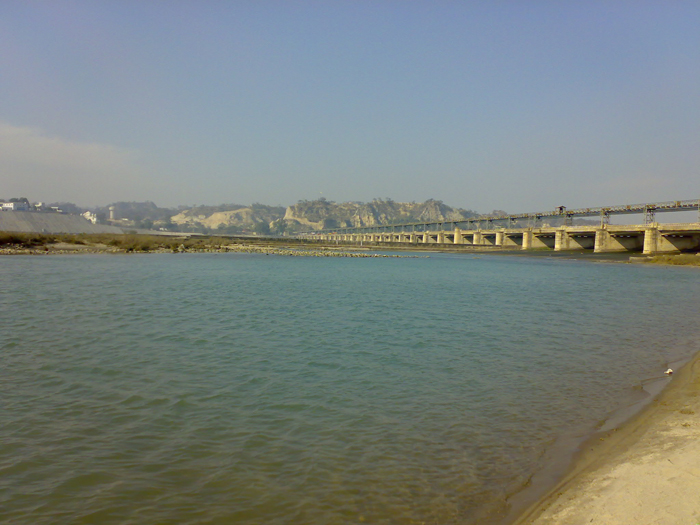 The Ravi River: Under the Indus Waters Treaty of 1960, the water from the Ravi is distributed to India and Pakistan. The Indus Basin Project was developed in Pakistan and many inter-basin water transfers, irrigation, hydropower and multipurpose projects have been built in India. 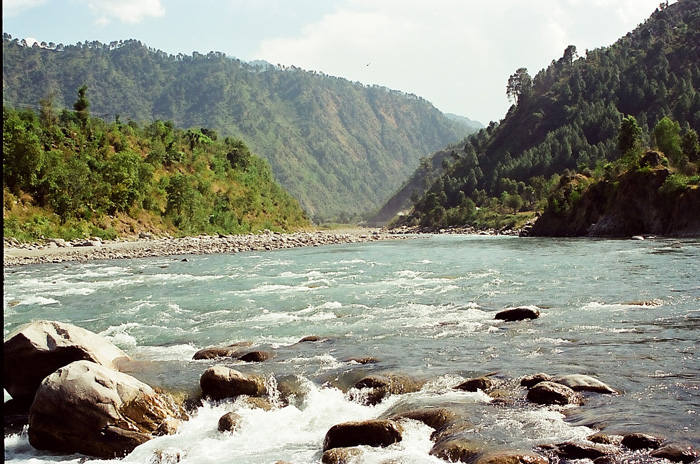 The Beas River: In the 20th century, the river was developed under the Beas Project for irrigation and hydroelectric power generation purposes. The second-phase Pong dam was completed in 1974, with a 360 MW installed capacity, followed by the first-phase 140 kilometres upstream, the Pandoh dam, in 1977. It diverts the river through a system of tunnels and channels to the 990 MW Dehar power station on the Sutlej River, connecting both rivers. 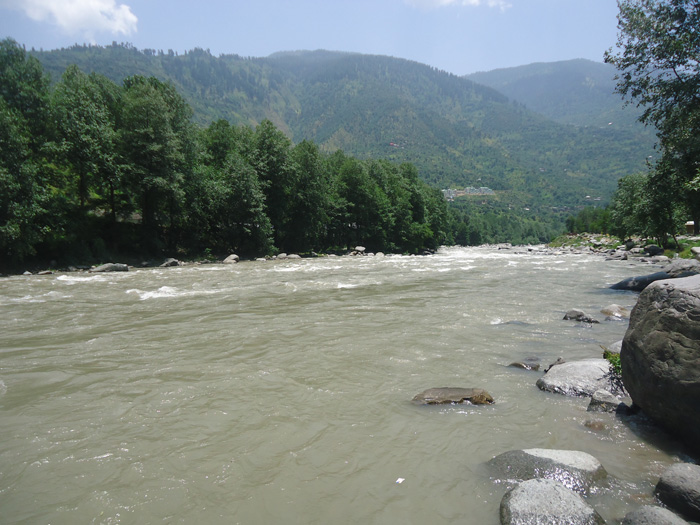 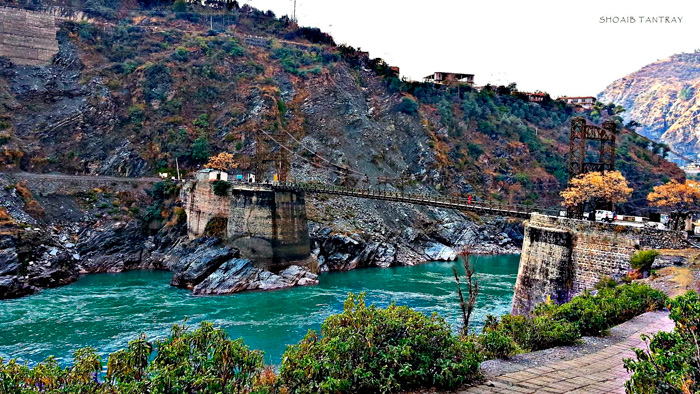 The Jhelum River: It is the westernmost of the five rivers of the Punjab. It is a tributary of the Indus River, and, the same as the remaining rivers in the Punjab, it has rich power generation potential in India. Water control structures are being built as a result of the Indus Basin Project, including the Mangla dam, completed in 1967, one of the largest earthfill dams in the world, with a storage capacity of 7.3 km3; the Uri dam, with a 480 MW hydroelectric station; and the 330 MW Kishanganga hydroelectric plant, among others.