Every year, the United Nations selects a theme for the 5th of June, designated as World Environment Day, to raise public awareness about a particularly pressing environmental concern. The 2019 World Environment Day focuses on air pollution (#BeatAirPollution), a call to action to help combat a major problem that kills some 7 million people each year, causes long term health problems and reduces children's cognitive development. In addition, according to the World Bank, air pollution costs society more than 5 trillion US dollars every year. (UN Environment).

According to the WHO, 9 out of 10 people in the world are exposed to levels of air pollutants that exceed safe levels set by the WHO. Although we know that atmospheric pollution exists and is everywhere, it is usually invisible. Understanding the different types of pollution and their sources will help us take measures to improve the air we breathe. These are the main sources of air pollution according to the UN:

However, not all air pollution comes from human activity. Volcanic eruptions, dust storms and other natural processes also cause problems. But we should understand that many of the atmospheric pollutants mentioned above contribute also to global warming.

Out of the 7 million premature deaths caused by air pollution, almost 4 million occur in the Asia-Pacific region. Therefore, an Asian country is just the right choice of a host country for World Environment Day 2019. Every World Environment Day has a different host country, where the official celebrations take place. With this choice, China invites us to consider the changes we can introduce in our day to day to reduce the air pollution we generate in our daily life. The objective is, according to the United Nations, to eliminate gradually our individual contribution to global warming.

In 2019 China started its sixth year of an ongoing fight against air pollution, with an investment worth 25 billion yuan (more than 3 billion euros) to prevent and control atmospheric pollution in 2019, a 25% more than the amount spent in 2018, the best year so far in terms of 'clean air'. With this level of investment, China shows its leadership when it comes to tackling air pollution at the national level, an example that other countries in the world should follow. China's actions have made it a climate action leader, with a growing clean energy sector (it has half the electric vehicles and 99% of the electric buses in the world). 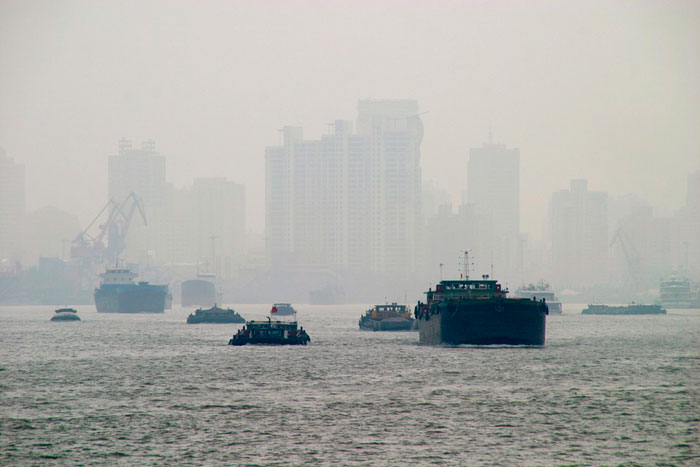 The role of water in air pollution

Water resources also play an essential role in the quality of the air we breathe. Even though we may not realise it at first glance, water has a greater impact on atmospheric pollution than we may think.

As mentioned earlier, energy production is one of the main causes of air pollution. Water and energy are intrinsically connected, so they feedback on each other: all forms of energy (including electricity) require water for their production processes, and energy is required to have water available for human use and consumption, for pumping, transportation, treatment and desalination.

This way, water is key for the development of energy infrastructure and continues to be essential throughout their life cycle and for the development of energy resources. This includes water used in fuel extraction, refining, washing and treatment, water used for cooling in nuclear or thermal power plants, in hydropower plants, or in the production of biofuels (as irrigation water).

According to the UN, in 2035 the consumption of energy will have increased by 35%, and that will entail an 85% increase in water consumption by the energy sector. 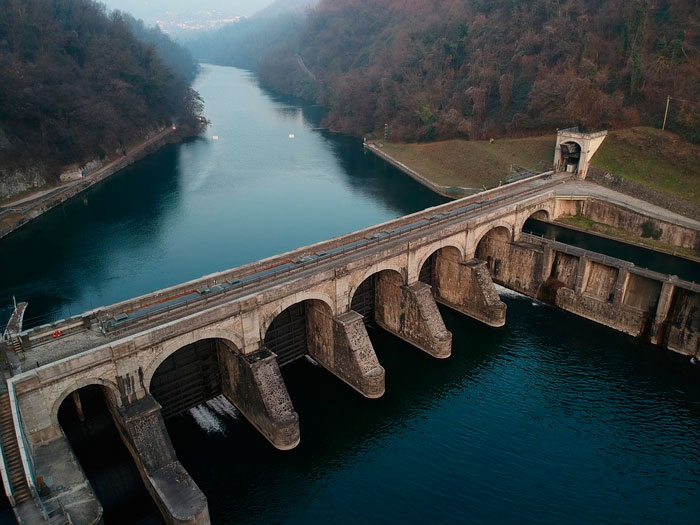 Environmental odour pollution is one of the most frequent and widespread problems in population centres; a problem caused in particular by waste water treatment plants. Bad odours are produced during the anaerobic phases of the treatment process, where hydrogen sulphide (H2S) is produced, mainly, although there are also other compounds that contribute to a bad smell, such as ammonia, NH3. Often, because of a the lack of legislation many citizens have to endure unacceptable environmental conditions, and in fact, the bad odours produced by waste water treatment plants are more and more a concern in those places where plants are located. Also, citizens perceive them as a main source of pollution, together with dust and noise. 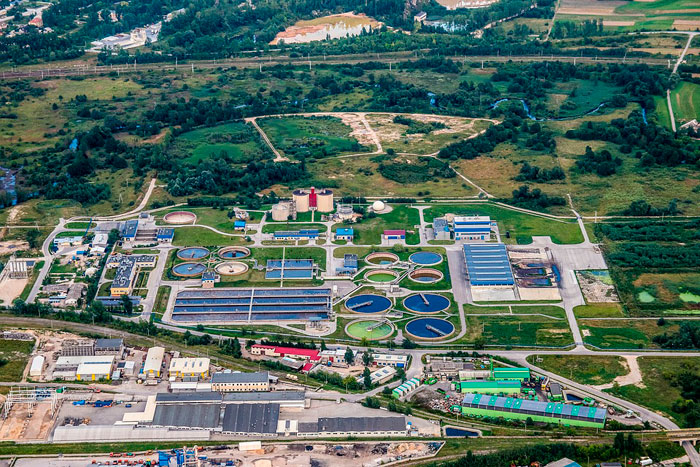 How does air pollution affect water?

Despite the role of water in the production of energy and the subsequent air pollution, a polluted atmosphere also has an adverse impact on water.

A study published in 2014 by the journal Nature Geoscience showed that air pollution by aerosols leads to increased river flows in the northern hemisphere. The reason is that, since they block sunlight, these pollutants reduce evaporation, leaving more water on the ground to fill up river basins. The study researchers stated that when air quality improved remarkably in Europe in the 1990s, the contribution of aerosols fell by more than one third, and since we continue to clean the air since then, the amount of freshwater available could be further reduced.

When humidity in the air combines with nitrogen oxides, sulphur dioxide or sulphur trioxide released by factories, power plants, heating boilers and vehicles that run on carbon or oil-derived products containing sulphur, acid rain forms. When they interact with rain water, these gases form nitric acid, sulphurous acid and sulphuric acid, which are deposited on the Earth's surface with precipitation.

The main effect is the acidification of water in lakes, rivers and seas, impairing the development of aquatic life and increasing fish mortality to a great extent. 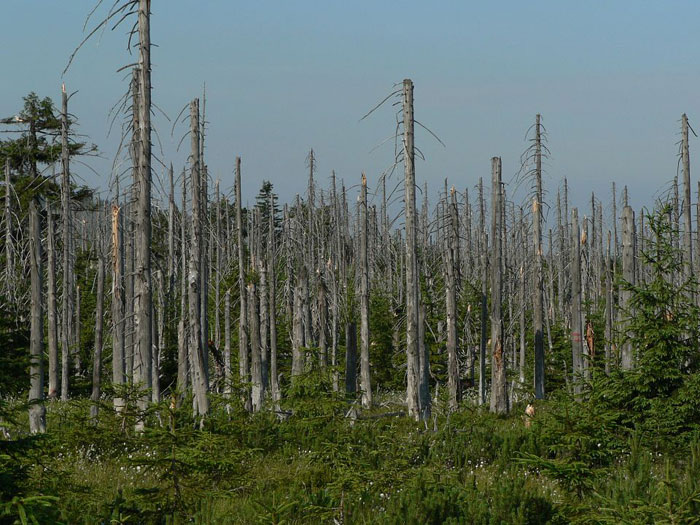 Effects of acid rain in a forest in the Czech Republic (Wikipedia/CC).

Aware that the protection and improvement of the human environment is a major issue, which affects the well-being of peoples and economic development throughout the world, the celebration of this day provides us, according to the UN, with an opportunity to broaden the basis for an enlightened opinion and responsible conduct by individuals, enterprises and communities in preserving and enhancing the environment. When will we be able to have a World Environment Day celebrating that our environment is healthy? 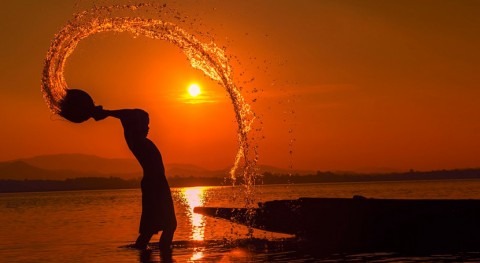 All I want for Christmas is you 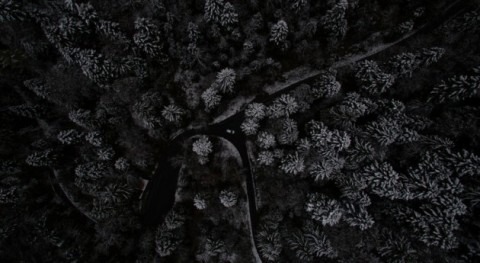 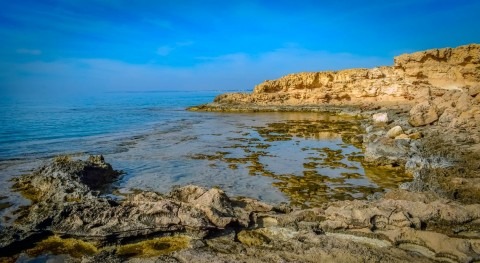 Frozen 2 reminds of the importance of water, and water doesn't forget 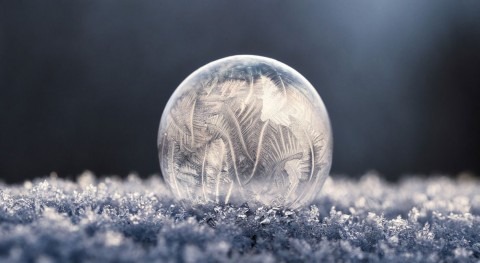 Urban water consumption will increase due to climate change
END_OF_DOCUMENT_TOKEN_TO_BE_REPLACED