On this planet the biggest and the most sustainable human invention is the concept of Waste & Wealth, ever since the evolution of the human race, we’ve been attaching and detaching values to and from things to make them wealth or waste. Otherwise in nature, except for human beings, no other organism or any other life form, has never generated anything called waste or accumulated any wealth.

Because waste of one organism is wealth for another, and none of them wishes to accumulate either waste or wealth, because they all live in the moment. Moreover, all of them live is cooperative, complementary and symbiotic harmony that is why the cycle goes on. This is the key to sustainability.

Nature has a mechanism for reuse and recycle of everything, for example, poultry waste is very good to be used in aquaculture because that was a natural linkage of avian and aquatic systems. If you have a good population of aquatic beings in a lake, you will find flocks and flocks of birds around the same. There’s no need for any announcement for the bird community, it happens naturally. Because aquatic ecology provides the natural feed for the avian population and the bird droppings enhance the production of planktons in aqua-ecology, which is the food for the fishes, shrimps, prawns and a host of aquatic beings.

The water in aquaculture will have fish etc, which is natural biological ammonia that can directly be fed to plants. Thus taking out water from a natural aquaculture point which is a natural earthen pond or a lake or a river, wherein the aqua-ecology is in alive condition, for using into agriculture or horticulture purposes will obviously be giving a lot of natural nutrition to the plants which will help plants grow better and will help plant too much more photosynthesis.

Thus it will result in much better, healthy and immune plants. Naturally, it will also increase the rate of photosynthesis resulting in a higher rate of carbon sequestration by the plants as well.

Nature has designed everything so perfectly with everything is intertwined and everything is built in such a beautiful and perfect manner that life has become possible on this planet. Just imagine, out of our entire solar system, we are the only living planet. This is only because there is beautiful architecture, beautiful and flawless engineering has been done naturally, by nature.

In nature, the natural cycle exists. Anything that is created, is reared for some time and is finally returned to where it came from, and then regenerated. This cycle is the reason behind the consistent changes and sustainability of this planet for the last billions of years. Every natural phenomenon is cyclic, thus there’s no place for either waste or wealth.

In recent history, we’ve seen many things for which a value was attached and was considered wealth become normal and even get transformed to waste eventually. Especially during this recent IT revolution, we have seen a typewriter become obsolete, the dot matrix printer, the first generation iPhone or iPod, a cordless phone – all of them were wealthy possessions at some point in time, but today they are all lying in some e-waste dump yards. A little earlier in history, wealth was attached to metals and minerals, spices, silk and so on. Remember the era of British or Dutch East India Company? They all started their voyage in search of these valuables only, all the way from Europe to Africa to America to India. Today, all these are normal usage material, found in almost every home.

So primarily we attach a value to something and call it wealth, but when the same value is detached, it becomes a waste. Therefore a waste or wealth – is just a matter of perception.

But in this quest of these perceptions, the amount of harm that we do to our environment is damaging the ecosystems, claiming the lives of various plants and animal species. There’s a huge list of endangered and extinct species today, all due to global warming, melting glaciers, melting polar ice, polluted water, polluted soil, polluted air. We are making this planet inhabitable, primarily we are making our lives unsustainable.

The time to restore has come

Nature has a cure for all the problems on the planet, that’s why it has been surviving for over 4.2 billion years. Nature does have a solution for this human-created problem as well. But drastic problems need drastic solutions. If we let nature resolve it, it could be a drastic step too.

So the best way is to realign our strategies in absolute harmony with nature with the resuscitation of the native ecology in Soil, Water and Air. If we can do it successfully, it would like undoing the harm caused over the years of destructive development.

Like single celled organism never go dead, either they are active or dormant. And they can live in dormancy for thousands of years, yet they come back to life when favourable conditions are provided by nature. Similarly, native ecology can be disturbed and get into dormancy, and can come back to life when favourable conditions get created. The moment that comes to life, everything is settled back to normal by nature itself.

Cownomics Technology is one such successful attempt of resuscitation of the native ecology by harnessing the forces of nature and channelizing the free energy for undoing the harm caused by pollution. This is a Vedic Science-based technology through which the living ecology in Soil, Water and Air is resuscitated and the pollution gets consumed & digested in the ecosystem instead of being physically removed to continue to exist as waste. There have been many success stories with this technology for Rejuvenation of Lakes and ponds, for rivers, for farm and wastelands, for agriculture and even livestock farms and animal husbandry.

A project completed for the State Forest Development Corporation of the State of Chhattisgarh was the Pond Rejuvenation in Oxy Zone Park spread over 19 acres green belt within the heart of Raipur city.

The Park had a man-made Waterbody spanning over 10,000 square feet, just for the sake of ambience, in middle of the green belt with a lot of trees and landscaping done. But the Water was decaying and was literally spoiling the ambience with:

The one month restoration project was done with Cownomics Technology from 11th October, 2019 till 10th November, 2019 and all the problem were eradicated successfully. 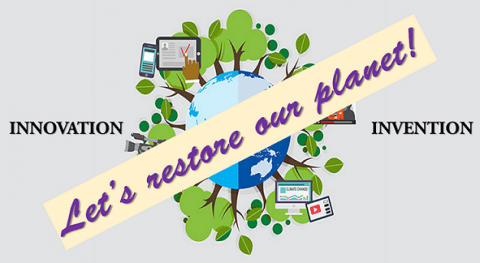 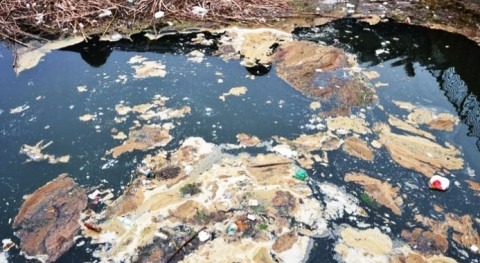