8 fountains to take your breath away

Fountains are architectural elements that add beauty to our cities.

Some provide drinking water for passers-by during the hottest months, and others refresh squares and parks for the enjoyment of citizens.

You have surely visited the most famous ones, so in this entry of Magical Water Destinations we have compiled some you may not have heard about, and whose magnitude makes them impressive.

Although you may crave to plunge into them on a hot day, most are not suitable for bathing, although you can always refresh yourself and be blown away by their beauty.

Located in Las Vegas, the Bellagio fountains belong to the hotel by the same name, and have appeared in dozens of films. 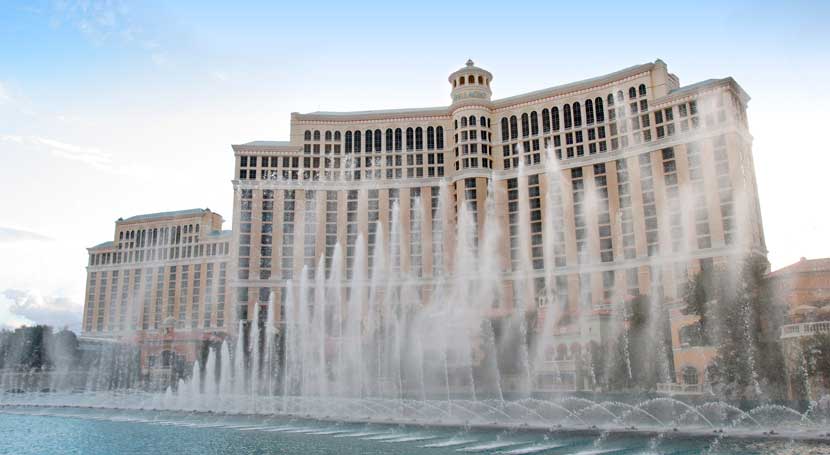 With more than 1,200 water jets, they have become one of the most photographed places of the Las Vegas night scene. 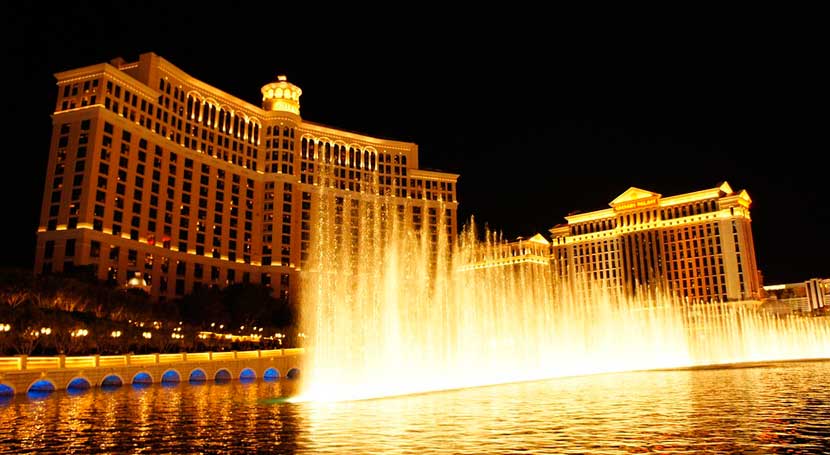 La Fontana di Tivoli or Fontana dell’Ovato is in Tivoli, Italy. It was declared a World Heritage Site in 2011, and is within the Villa D'Este site. 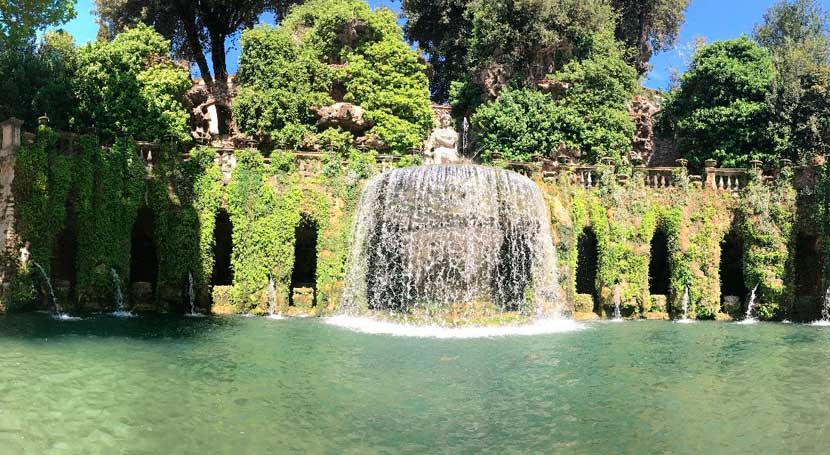 Its waterfall gracefully spills into the pond and visitors can walk along a passage behind the fountain and see it cascade down. 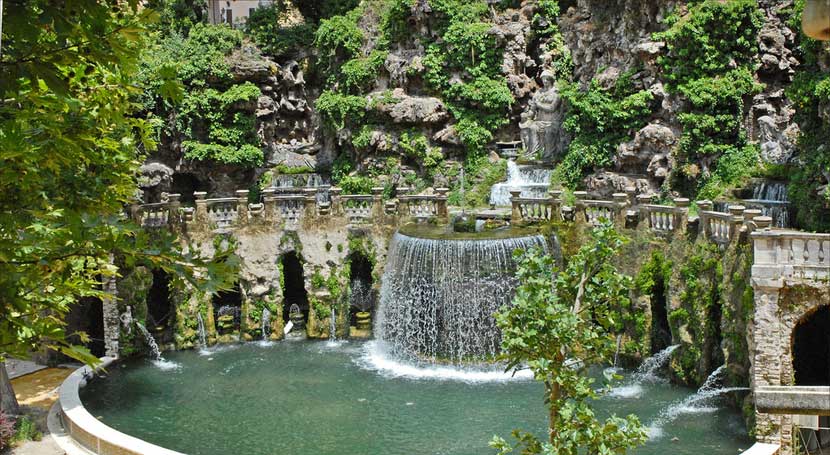 Located in Seoul, over the Han River, the Banpo bridge is the world's longest bridge fountain. In 2008 it was awarded the Guinness World Record as it has 10,000 LED bulbs along its 1,140 metres of length.

The water from the fountains (190 tonnes of water per minute) comes directly from the river and has a continuous recycling system. 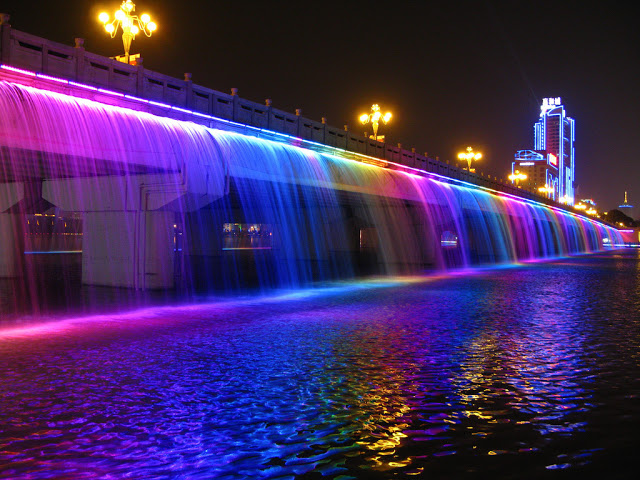 The bridge connects two districts, Seocho and Yongsan, and serves to create a space for cultural and recreational activities, since under the 'main floor' there a more modest bridge, the Jamsu. This bridge, which features a bike lane, connects pedestrians in both districts and offers citizens a perfect view of the river landscape and the coloured fountain. Since it is close to the river's waterline, it goes under water during the rainy season and so it has to be closed off, leaving just the bridge above for vehicles. 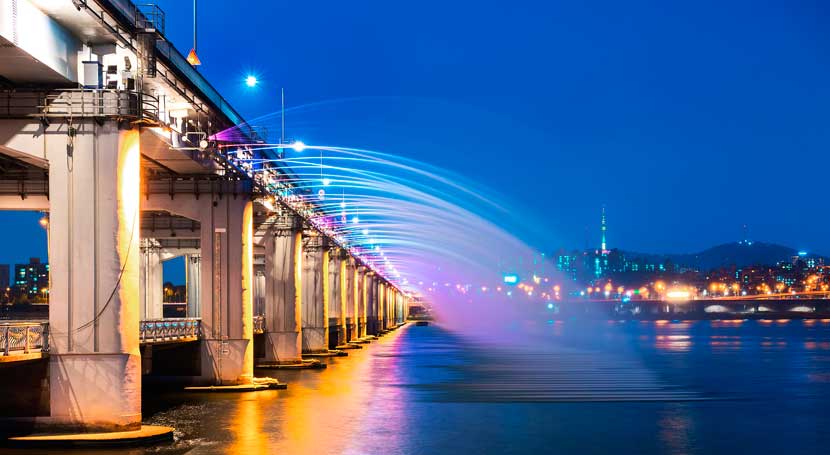 In Christchurch (New Zealand), we find this beautiful fountain with the shape of dandelions. 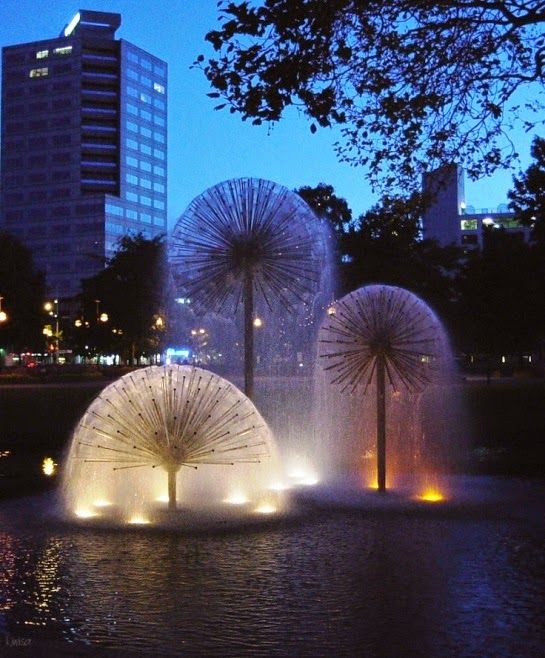 Three cascades with this interesting shape and different sizes fall on the main pond, to decorate the central part of the fountain. 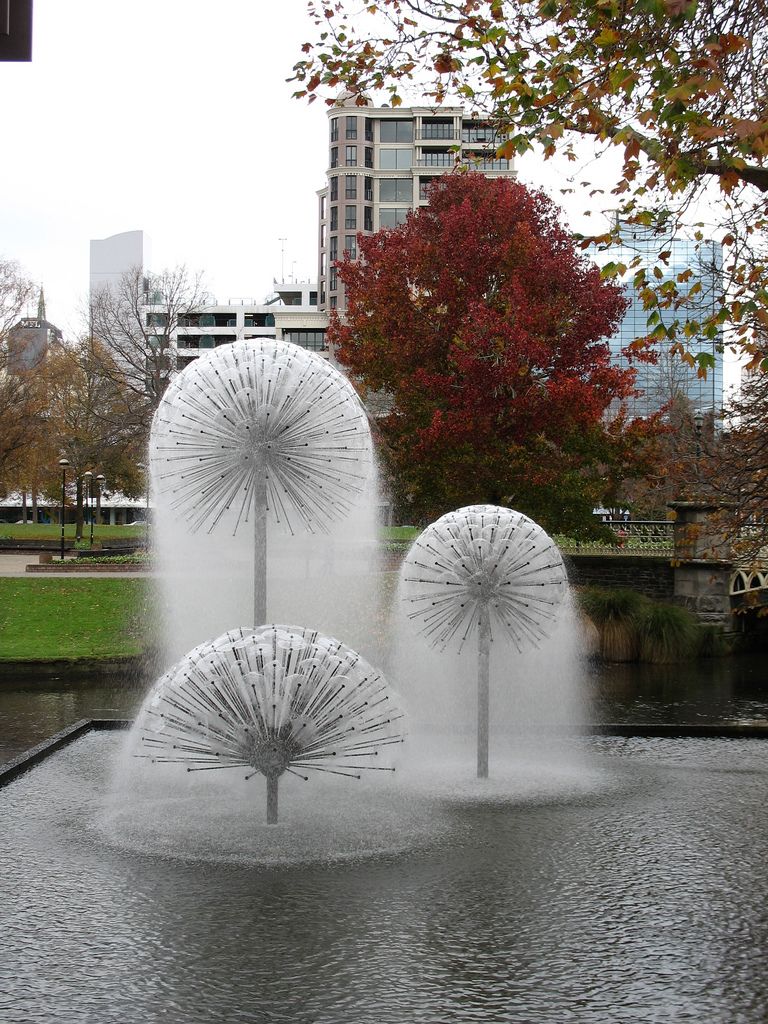 In the Wilhelmshöhe State Park, in Germany, visitors can find one of the most stunning fountains. The 'Hercules fountain', was built in honour of the Greek hero, and comprises an ornamental water exhibit that slowly cascades down to the monument by the same name. 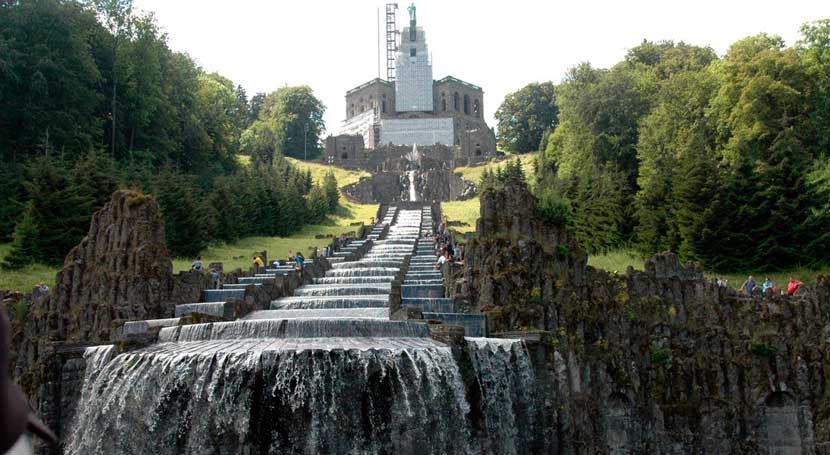 Falling down the stone-made steps, water flows into the Great Fountain, next to the lake of the palace, and it is shot up 52 metres, just using natural pressure.

From June to September you can see it lit up at night. 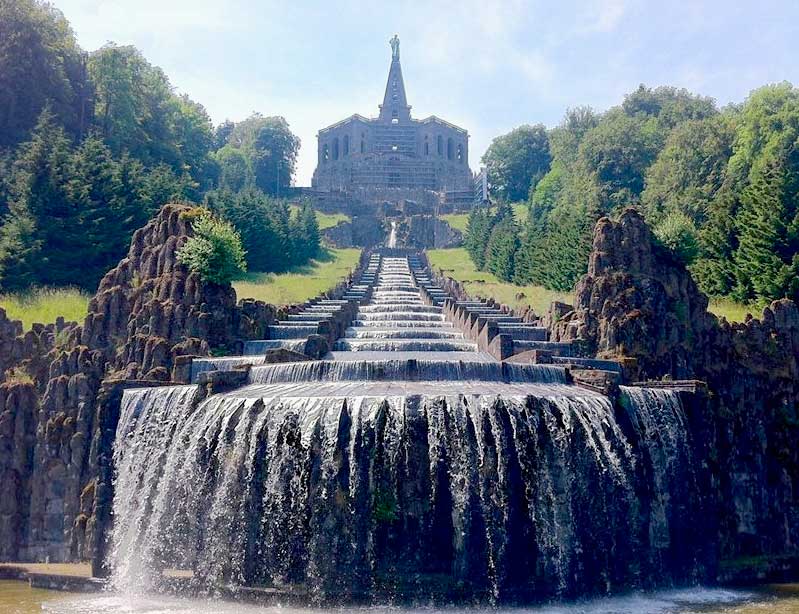 The Montjuic Magical Fountain was built in 1929 by architect Carles Buïgas on the occasion of the World Expo. 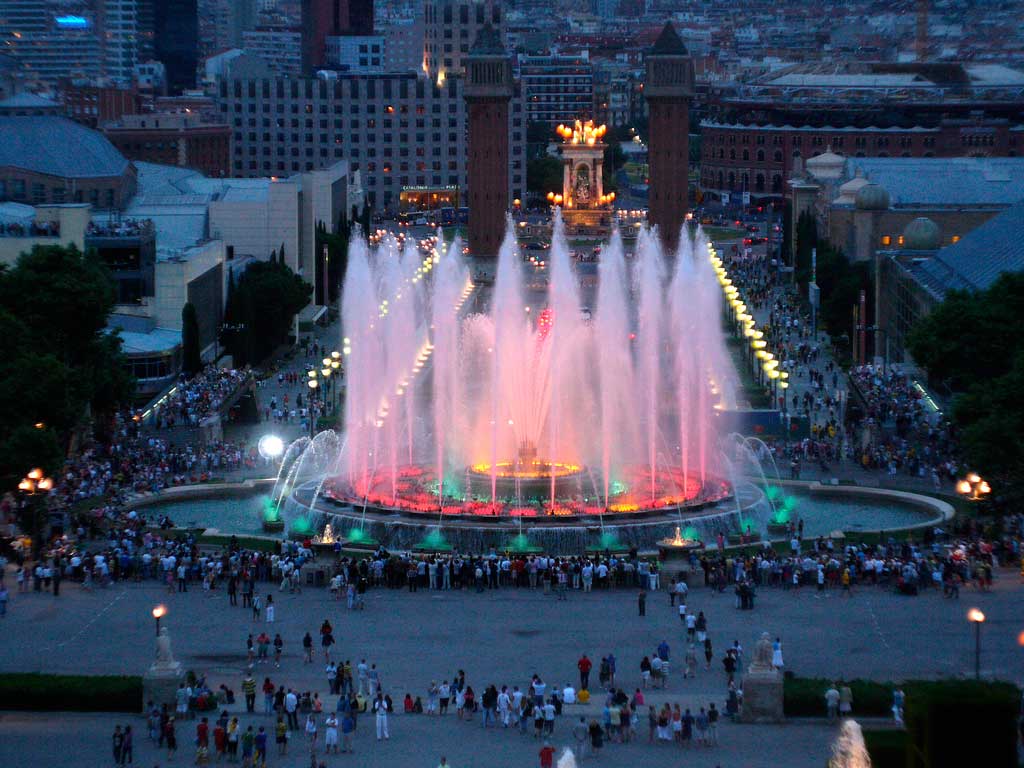 The monument stretches from the National Palace to the Plaza de España, with cascades and ponds along the avenue, and since 2013 it is the location of New Year's Eve festivities.

The lights of the fountain are lit at different times depending on the season, and offer the visitor a magnificent sight. 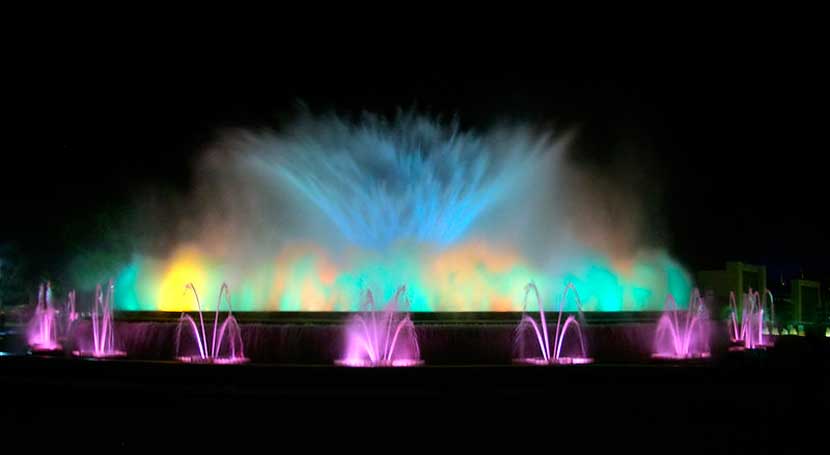 Located in Peterhof Palace, in Saint Petersburg, the fountain flows into the Baltic Sea. The garden of the palace has 18 fountains, reservoirs and canals that spread over more than 20 kilometres, but the 'Grand Cascade' is the most spectacular of all fountains. 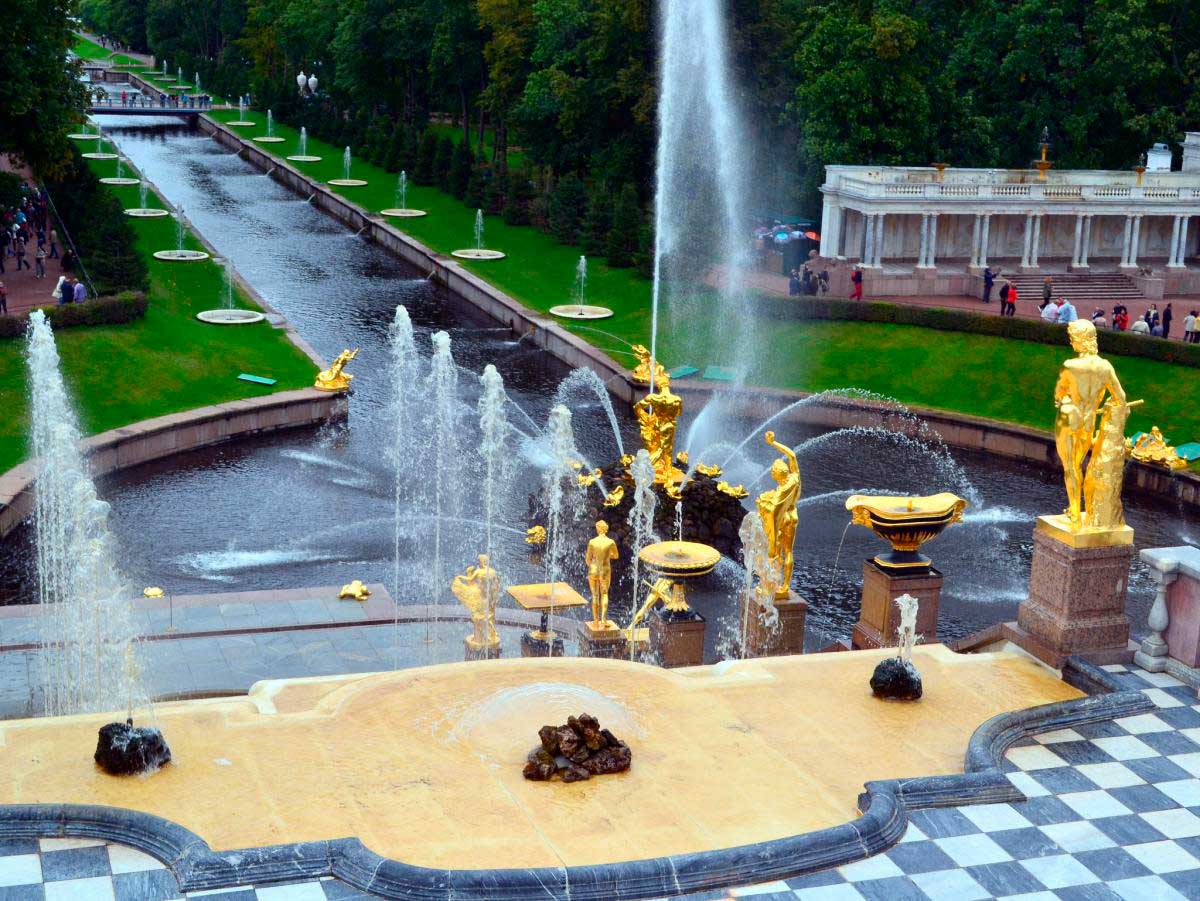 Built with terraces from which water cascades down, it operates without the use of pumps; rather, the elevation and pressure difference drive the fountain. 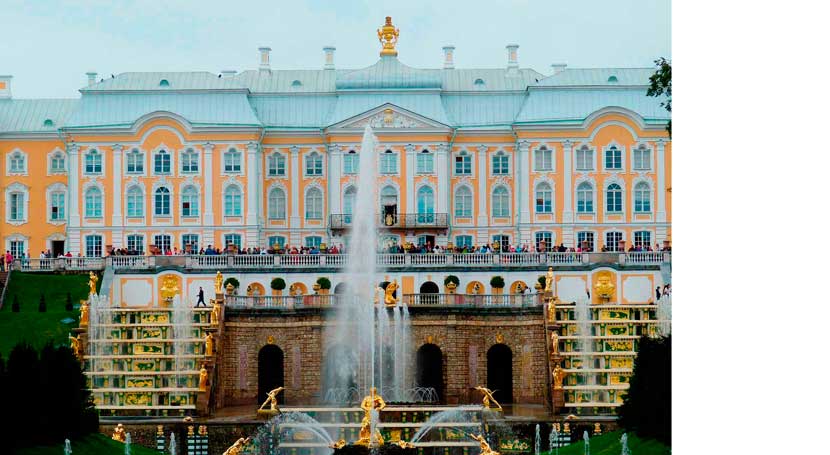 It is decorated with golden statues and is in operation from May to October, when the temperature allows it.

In Wattens, Autria, you can find the Swarovski Museum. In 1995 André Heller created next to the museum a space known as 'Swarovski Crystal Worlds', to celebrate the 100th anniversary of Swarovski, and with it, a famous giant that guards the entrance. 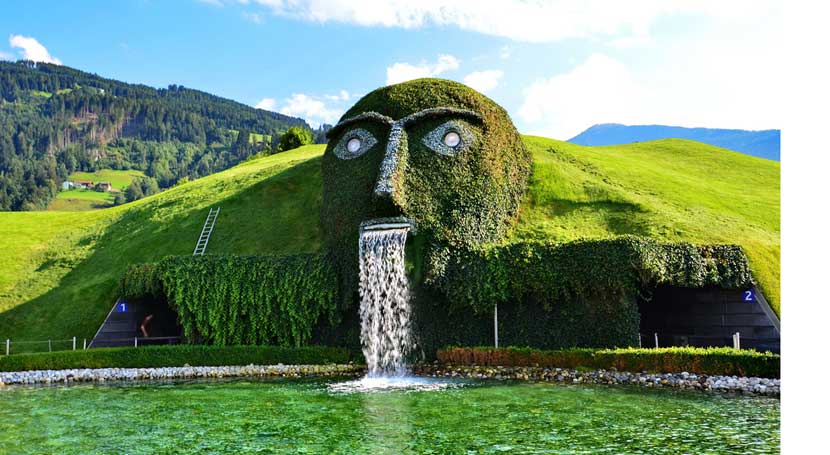 The fountain, covered with grass, also has a story: the giant travelled across the world looking for treasures and after he accumulated everything he wanted, he travelled to Wattens to stay there and protect his wonders.

Whether true or not, the fountain is a resting and recreation place for museum visitors, and provides the area with an architectural element well worth a photograph. 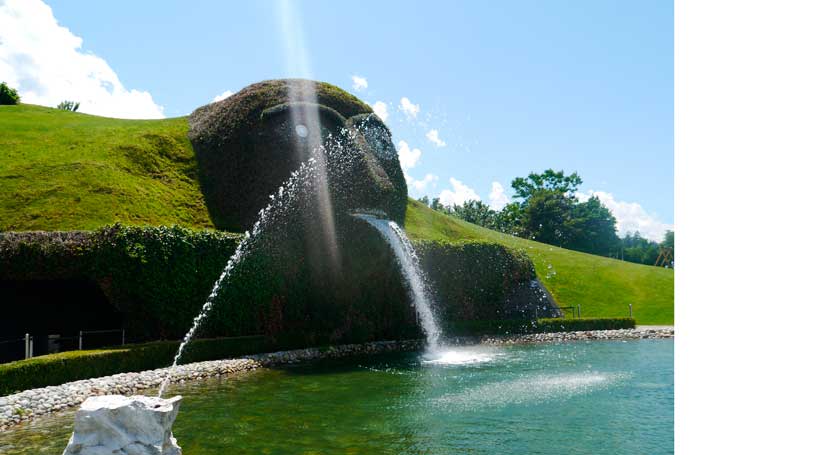